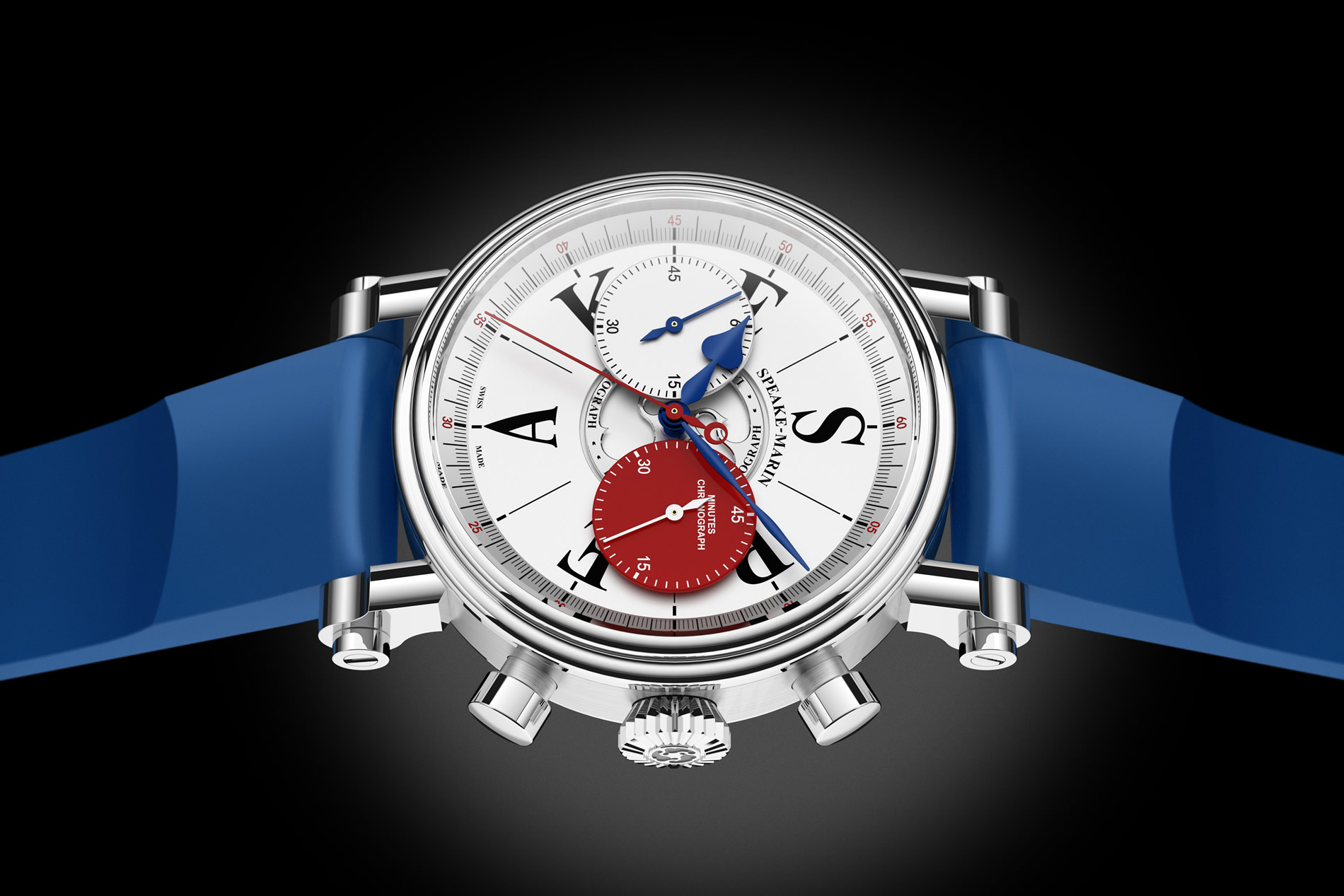 SIHH 2018 – After the success of the first London Chronograph edition, Speake-Marin presents a new limited edition of 15 pieces, which revives the mythic Valjoux 92 Calibre.

MOVEMENT
The London Chronograph is a special edition in many ways, by its number of pieces being made, but also by its heart: the Valjoux 92 calibre. Made during the 1950’s and 60’s, the quartz revolution in the late 60’s shortened the life of such calibres like many other mechanical calibres. 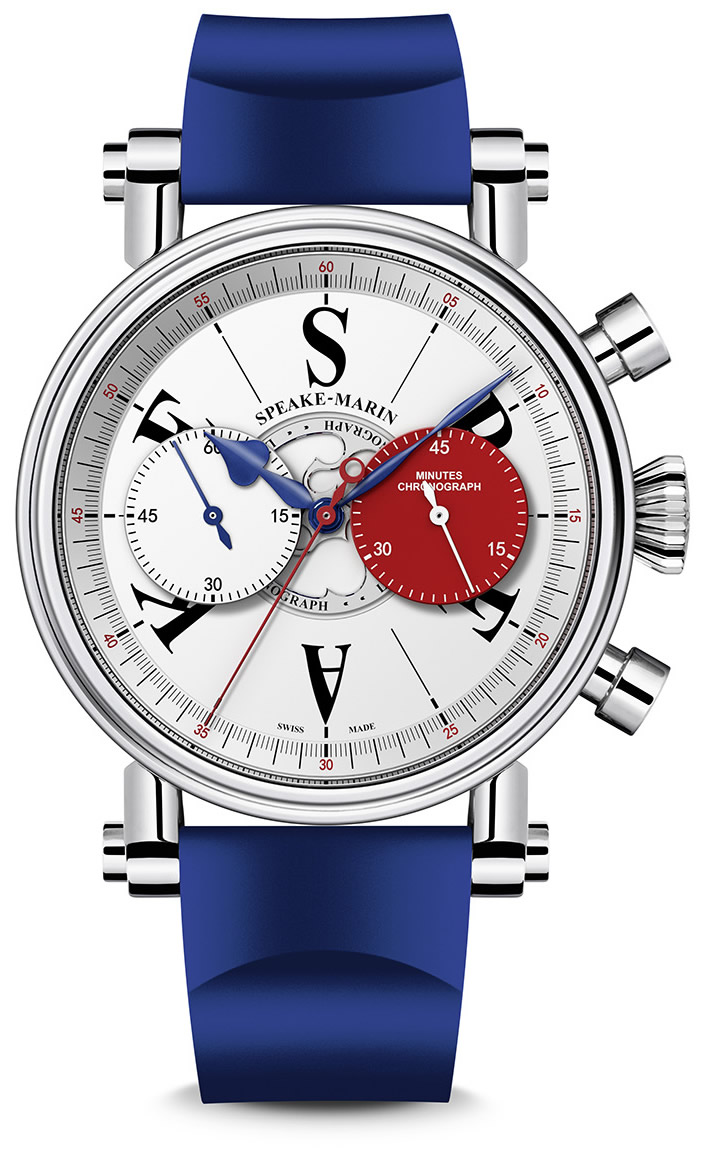 The Valjoux 92 was then a popular chronograph movement, used by some of the largest and most successful movement manufacturers such as Patek Philippe, Rolex and Tag Heuer. Today, these calibres are very rare. The movement components used for the London Chronograph were stored in a safe for many years and have been assembled by a Speake-Marin master watchmaker in our Swiss atelier.

The use of vintage movements is part of Speake-Marin’s strategy to develop and work with exceptional movements exclusively.

DIAL DESIGN & CONSTRUCTION
The London Chronograph is housed in a 42mm titanium case with a three dimensional white dial. This is the first time for a Speake-Marin dial to have indexes replaced by letters, spelling “S-PE-A-K-E”. The dial is in 3 dimensions with 2 floating counters: the red counter measures the chronograph minutes while the white counter on the left-hand side is for the small seconds. 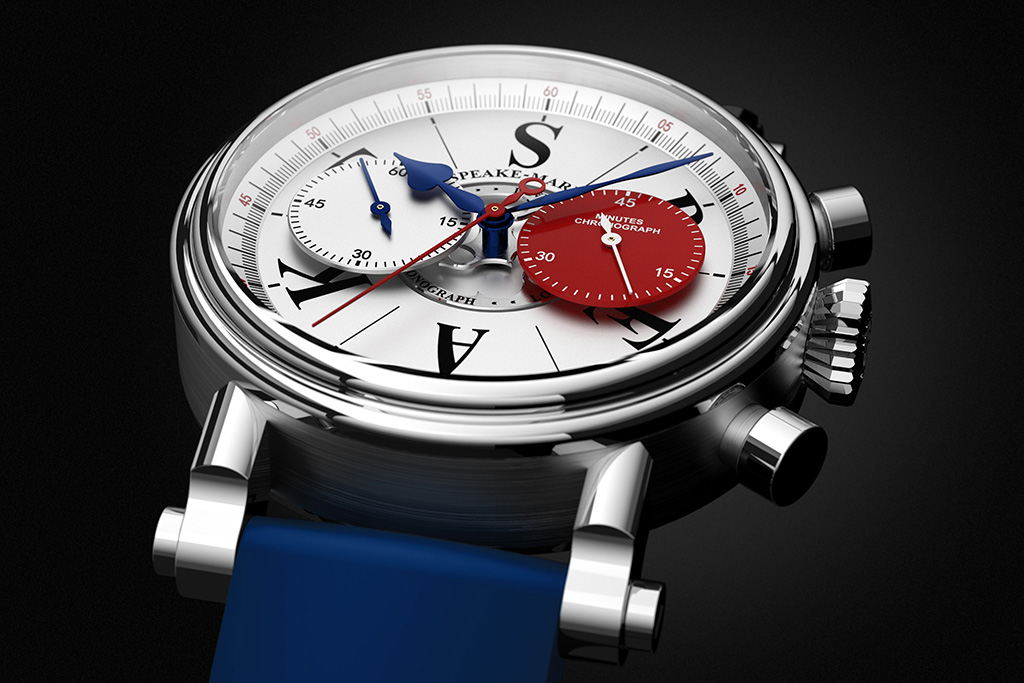 The red colour of the chronograph function is a tribute to sport racing counters, while the blue colour is used for the Hours Minutes Seconds function.

At the centre of the dial, the central rotor is shaped like the Speake-Marin symbol and rotates with the hours. This central rotor is engraved with “London” and “Chronograph”, two words that appear at 12 o’clock and 3 o’clock respectively.