Since 2018 the exceptional Sixties annual editions have been the source of great excitement in the world of watches. Following the extravagance of previous years, the 2020 annual edition turns to sublime elegance: cool glacier blue lends the new Sixties a profound but no less impressive appearance. Simultaneously with this model the German watchmaker introduces a new Sixties Chronograph in the same colour, presented for the first time in an annual edition. 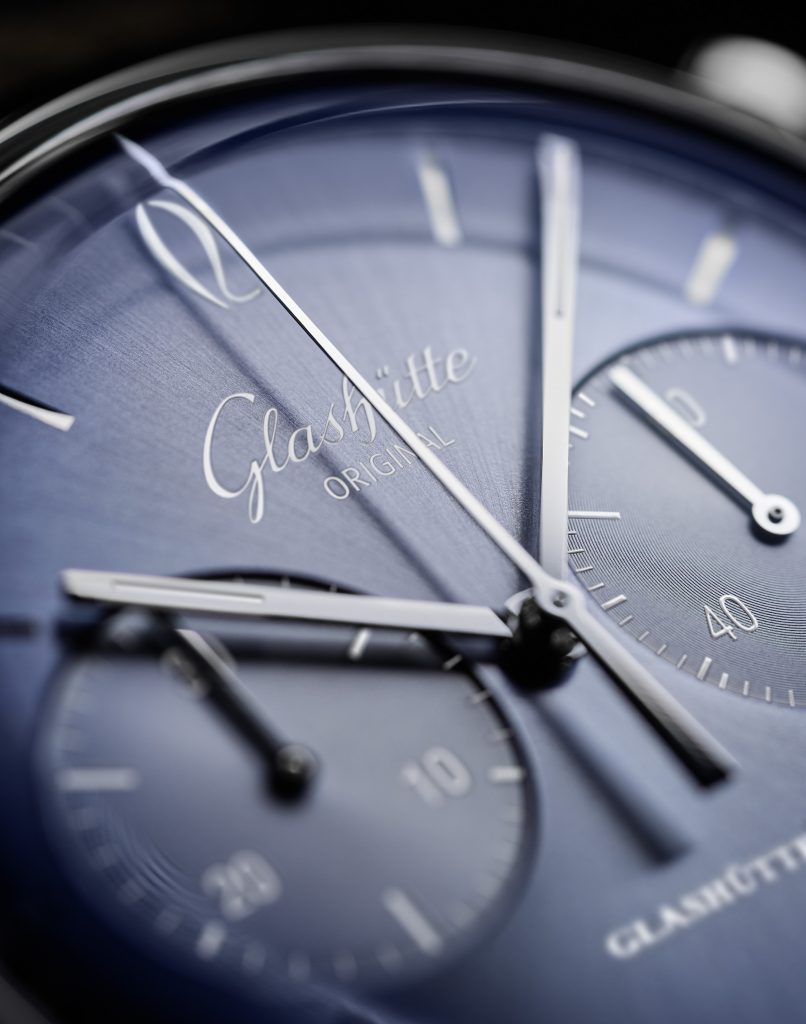 Setting eyes on alpine scenery and majestic glaciers, it is difficult to resist their charms. They have an incomparable aura of clarity, peace and strength and take on some of the most beautiful colours that nature has to offer. 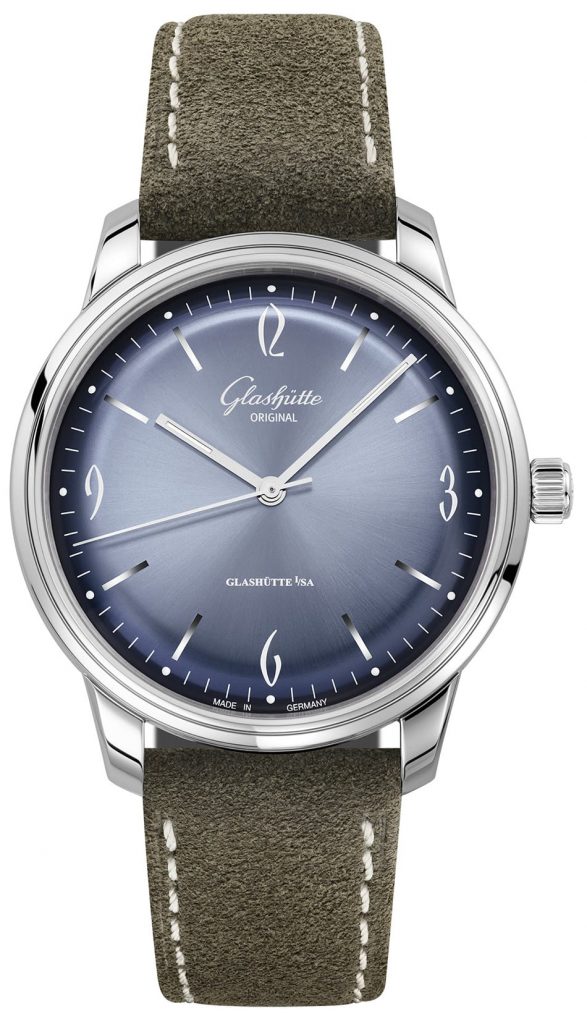 Glashütte Original’s watchmakers pay tribute to these moods with the elegant glacier blue of the new annual edition – and present two models that interpret the characteristic Sixties design in a discreet, yet powerful new way.

The cool look of the Sixties line, a classic from the Saxon watchmaker, underscores its versatile nature.

The signature features of its 1960s design – the domed sapphire crystals, curved hands and characteristic Arabic numerals – reveal a charm of their own. Following silver, black, dark blue, green and orange, they are set off now by an glacier blue ground.

This goes for the Sixties Chronograph as well, which appears with a new colour now, too. 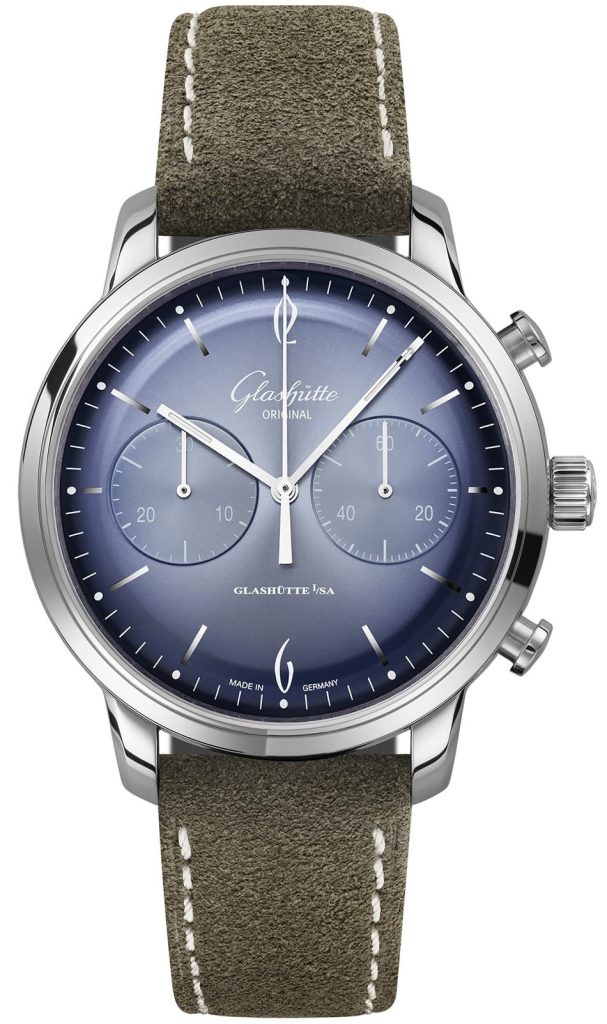 The cool shimmer of the dials is the work of experts in Glashütte Original’s in-house dial manufactory in Pforzheim, Germany. There the dial blanks are first given a delicate sunray finish before being pressed into their characteristic domed shape and given a galvanic nickel coating. To achieve the striking dégradé effect they are then sprayed with dark blue lacquer, which first gives them a dark edge. Then the entire surface of the dial is given a coat of glacier blue lacquer. This elaborate hand-crafting results in the individual colour gradient that renders each dial unique.

In a final step the dials are heated in an oven to burn in the colours. The incised indexes, printed numerals and Super-LumiNova highlights on each hour marker complete work of art. 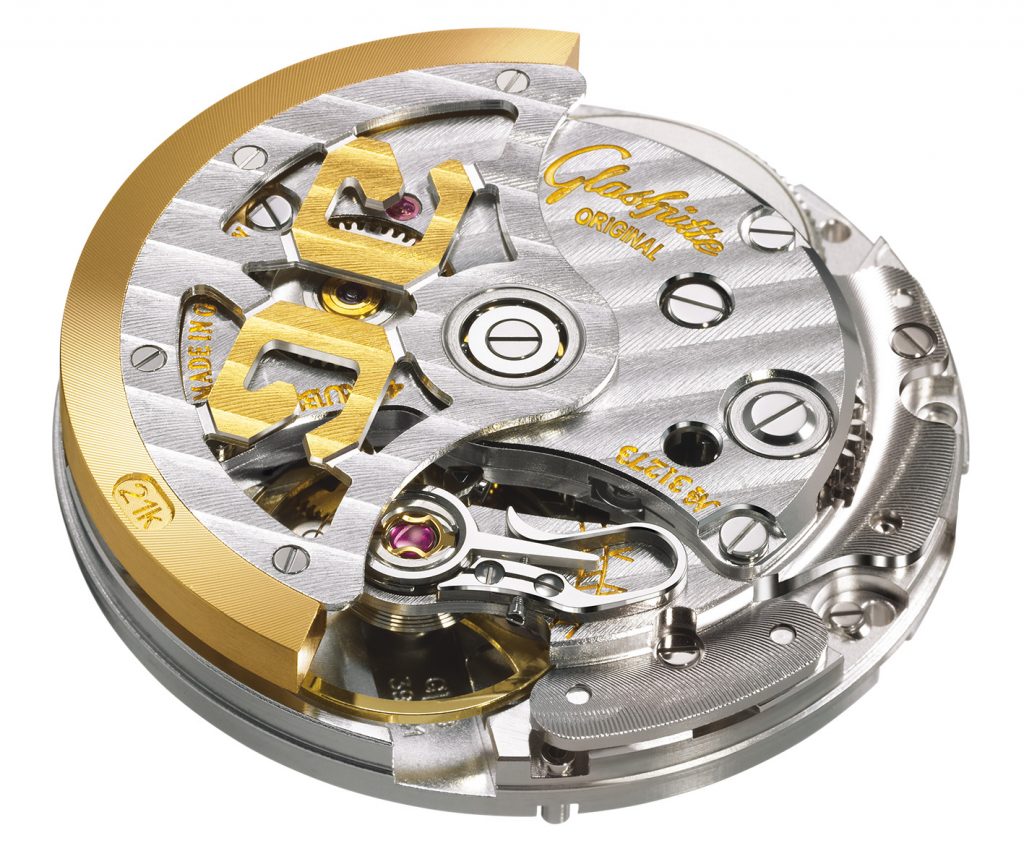 The new Sixties is powered by the Calibre 39-52 automatic movement, developed in-house, while the new Sixties Chronograph features the manufactory’s Calibre 39-34. Both models have a 40-hour power reserve. The three-hand model is presented in a 39 mm diameter polished stainless steel case, while the chronograph appears in
a 42 mm stainless steel case. The Sixties Chronograph is equipped with a central stop-second along with two inset auxiliary dials for the small second and 30-minute counter. The domed sapphire crystal case back on both models offers a clear view of each watch‘s finely finished movement with three-quarter plate, swan- neck fine adjustment, Glashütte stripe finish and skeletonised rotor with 21-carat oscillating mass.

Rounding off the elegant appearance of the new Sixties and Sixties Chronograph are brown-grey nubuck calfskin straps with lightly contrasting stitching and pin buckle. Both models in this annual edition are available for a limited time only from Glashütte Original Boutiques and selected authorised dealers worldwide.