This article takes two well-known luxury watches and pits them against each other to see which one comes out on top.  Today is a showdown between the two popular brands, Patek Philippe vs. Vacheron Constantin.

Both of them are popularly said to belong to the holy trinity of watches, but one must prevail. We’ll compare their strengths and weaknesses and other metrics to see which one comes out on top.

Our first legendary brand is the Patek Philippe. It began production in 1839 when watchmaking was still a proper art form. Their craftsmanship has stood the test of time, making it foundational to the history of watchmaking.

It’s unsurprising, seeing as their marketing is highly competitive, drawing more recognition for the brand from far and wide. In 2016, one of its pieces was sold at an auction for $11.14 million. The value of this brand lies in more than it’s worth. They’ve also led the pack when it comes to several innovations.

They launched the first wristwatch with complications for women in 1916, and in 1925 introduced the first timepiece with a calendar. It’s clear to anyone familiar with watchmaking history what an impact Patek Philippe has had on the scene.

Patek has undoubtedly brought an extensive collection of iconic timepieces to the table. As an independent company, they produce about 50,000 pieces annually. One of the most notable members of its group is the 57711/1A Blueface Nautilus managed to bring tears to Shark Tank investor Kevin O’Leary’s eyes.

Fellow watch enthusiasts like Kevin appreciate the rarity of Patek pieces and consider them an investment. Today, new original watches from Patek go into the market with a starting price close to $20,000. That price only goes up the older it becomes, so the resale value is continuously rising.

To date, their collection, which includes the Grandmaster Chime Ref.5175, is still one of the most complicated watches on the globe. Each wristwatch is exquisite, often applying hand-made techniques to their finishing, and their overall design also appeals to women.

Patek Philippe has been making watches since they were considered a staple item of royalty. Famous individuals that have had the honor of owning a timepiece from Patek include Queen Victoria of England, King Farouk of Egypt, and many others.

Even celebrities like Ellen DeGeneres, Brad Pitt, and the late Walt Disney all fell in love with this unique brand.  With such a large clientele of the super-rich and super famous, no wonder it’s one of the most recognized watches in the world.

Many people often compare this Swiss brand to the Rolls Royce of cars. That’s an extraordinary comparison that makes Patek nothing less than an empire built on its value and ingenuity. It solidifies the Patek’s position as deserving of its spot in the holy trinity of watches.

For well over two decades, Patek’s unique slogan has been “You never actually own a Patek Philippe. You merely look after it for the next generation.” That message, featured in many of their ads, speaks to their trust in two characteristics present in every piece: value and quality.

These traits apply to every original Patek. Not only does the value appreciate over time, from generation to generation, but it retains its elegance and functionality. As we mentioned earlier, Grandmaster Chime Ref.5175 holds the record as the most complicated watch in the world.

But other members of Patek’s collection appear in the list, including the famous Caliber 85. Every piece receives so much attention in its finishing ensuring they stand the test of time, making it the perfect item to pass down to your children as a family heirloom.

The entire Patek Philippe collection contributes immensely to horology. They’re some of the best-produced watches in the world and maintain their general quality as time passes. That’s one of the reasons their value appreciates over time.

So while a brand new Patek might start as worth no more than a few ten thousand dollars, they have the potential to be worth millions of dollars in the future.

Buyers who can hold onto one for decades can make record-breaking sales in the future that exceeds Patek’s Henry Graves Supercomplication, which went for $23.4 million in 2014.

Vacheron Constantin is the older of the two, beginning production in 1755. That makes it the oldest brand in the holy trinity of watches. This period marks the transition of timepiece production, drifting from clock making to pocket watches.

Since its inception, it set records for other brands to follow, including creating the first watch with complications in 1970 and the first nonmagnetic timepiece in 1885. In 2015, they dazzled the world when they unveiled the Vacheron Constantin Reference 57260, which has a record-breaking 57 complications.

This brand is truly outstanding when it comes to precision. They also offer their first-hand buyers the option of engraving their watch and genuinely making it their own. They have a long list of notable accomplishments that make any top-tier timepiece incomplete without an original Vacheron.

Notable celebrities favor VC in the great Patek Philippe vs. Vacheron Constantin battle, including former presidents of the United States, Bill Clinton, and Donald Trump*. Other famous people in history who have personally owned a Vacheron include Napolean Bonaparte, the Wright Brothers, and even Pope Pius XI.

With such a renowned clientele, it’s understandable that VC is as recognizable as it is globally. We can also understand what so many of these celebrities see in this brand’s collection. It stands out in its design from other companies like Rolex.

It’s unique finishing and trademark is a lot less popular amongst the average man, signaling that it is elite and known only by those who can afford it or have a keen interest in watches.

Vacheron Constantin is in the holy trinity of watches for a reason. With their tact for making watches with complications, their precision is topnotch. Every single screw has its little finish, no corner of the timepiece is left undone, and with only 20,000 pieces produced yearly, each watch is genuinely unique.

That applies to their two most popular collections, the regular Constantin and the FIFTY-SIX. In 2005, one of their pieces, the ref 402833, went on the market for $2.77 million. Under their parent company, Richemont, VC also created the Vacheron Constantin Kallista, whose value is well over $10 million.

Vacheron Constantin timepieces live up to their slogan, which goes, “Crafting Eternity Since 1755.” The quality of their products is top-tier at the price mark they make. They’re good at pushing the boundaries of watchmaking, and you cannot deny the quality of the timepieces they produce.

History only speaks for them. It’s extremely tough to stay relevant and retain that excellent quality we’ve come to expect from a VC watch through several centuries. So it’s pretty clear that their pieces can stand the test of time.

For hundreds of years, they’ve done so much for the watch industry, and while nothing lasts forever, they’re one the closest companies to eternity. They’ve genuinely proven that they are timepiece gurus when it comes to reliability.

While most consumer products depreciate with time, many luxury watches seem to ignore this trend. Most notably the Rolex and Patek, but some Vacheron watches also appreciate as time passes. On average, a brand new Vacheron Constantin enters the market at around $10,000, but a few timepieces can go for much more than that.

Watches in the FIFTY-SIX collection can have a starting price up to double the average VC, standing at $20,000. Other popular models might not pull in as much but still have pretty noteworthy timepieces such as the Metiers d’Art, the Overseas, and the Patrimony.

So while these watches can fetch you a decent resale value, it’s often not as much as you would make with other popular brands.

Now that we have a more in-depth understanding of both brands’ history and features, we can finally decide who the winner is in our Patek Philippe vs. Vacheron Constantin battle. Since their inception, both brands have contributed immensely to the watch scene in their creation and finishing of their movements.

But we must choose a winner. Unfortunately, VC  must take a backseat compared to Patek Philippe, despite being in circulation for almost a century longer.

Patek’s solid branding means it is a better investment, as more demand increases its resale value. They’ve been at the top of the game for so long, but they always remain firm.

The finishing of its movements is also slightly more precise, thanks to its complications. On average, its design is also a lot more sophisticated. 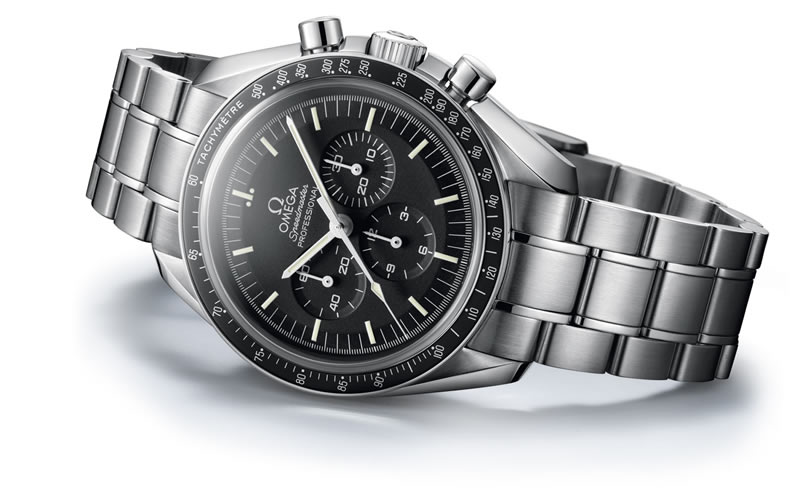