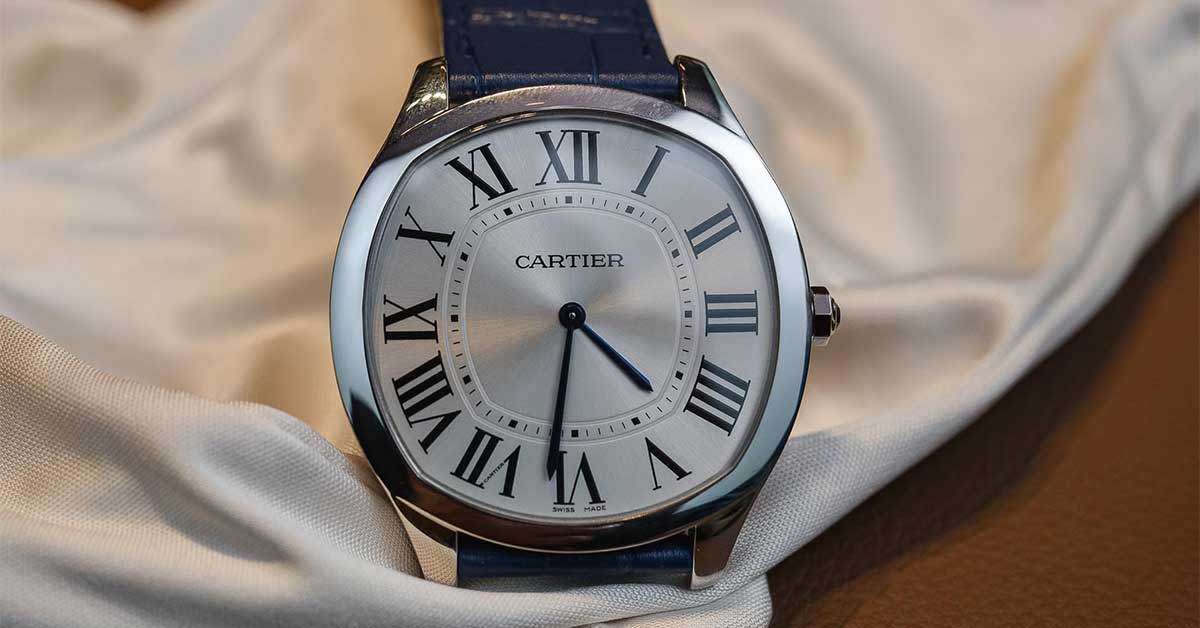 When it comes to luxury watch brands, Cartier and Omega are two names that rank very highly. Both companies stand for prestige and fine craftsmanship, with their watches being worn by some of the world’s most well-known people.

You might be able to easily spot either of these brands as the designs speak for themselves. Since Cartier and Omega are two highly coveted Swiss luxury watch brands, a few people might wonder which one is better.

While the choice between the two can be confusing, you could look at a comparison of both to find the answer to this question. So without further ado, let’s try and settle the Cartier vs. Omega debate and figure out which brand is suitable for you.

The company was founded in 1847 in Paris, France, by Louis Francois Cartier. As the story goes, Cartier worked under Adolphe Picard and slowly took over from him, creating his own business in the process. Once the company came into being, it started to make a name for itself in the market.

It prospered within the country under Alfred Cartier’s leadership, who was the son of Francois Cartier. Initially, the brand was popular in France, and it wasn’t until Alfred’s children took over that Cartier became a globally recognized name.

Louis, Jacques, and Pierre were responsible for innovative watch designs, which instantly made the company famous and are known to this day.

The mystery clock with a transparent dial was created during the late 1800s, and by the start of the 20th century, Cartier had moved to designing fashionable and high-end wristwatches.

Cartier gradually branched out in different cities such as London, New York, and St. Petersburg. It is now one of the most successful watch and jewelry brands in the world.

While Cartier began as a French company, its watch manufacturing has been Swiss, with the company having production facilities in Fribourg and then later, Geneva.

You will find that between Cartier vs. Omega, both brands continue to produce movements in their watches that are of superior quality. The two even started manufacturing their wristwatches around the same time.

Cartier produced its first one in 1904 when Louis Cartier’s friend spoke to him about the inconvenience caused by pocket watches during flight. The company came up with Santos, a wristwatch with a highly unique design that featured a square bezel. It was a one-of-a-kind men’s watch that was solely produced by the brand.

Due to the customers’ positive feedback, Cartier began to solidify its position as a reliable watchmaker in the industry. In just three years, the corporation entered into an agreement with Edmond Jaeger, who went on to supply movements exclusively for their wristwatches.

This contributed to the invention and launch of the Tank watch, which got its inspiration from the machines used during World War I. During the time, Cartier’s deal with Jaeger turned into the formation of a joint-stock organization where the latter was to manufacture calibers only for the watchmaker.

Apart from this, the company also sourced its movements from Vacheron Constantin, Movado, and Audemars Piguet. Cartier slowly established itself as an industry leader in luxury watch brands. By the end of the 20th century, the company’s ownership changed, and now it has wholly become a subsidiary of the Swiss-based Richemont Group.

With this transition, there have been a few changes in its watchmaking production. The brand acquired its in-house caliber production facilities in Geneva in 2007. A year later, Cartier made waves in the watchmaking world with the launch of the Ballon Blue Flying Tourbillon, which carried the Geneva Seal.

Since then, the company has continued to release an innovative and highly sophisticated line of watches with intricate designs. The sleek dials with the cabochon crowns have gained a lot of popularity among customers. You cannot deny that Cartier has been a pioneer for many reasons in the watchmaking world and continues to break barriers with time.

Cartier watches are priced differently according to their model and make. The Santos and Tank could cost you anywhere from $1,500 to $10,000. You might come across models from the Ballon Blue, Panthere, or Pasha collections that might be priced upwards of $15,000. All of these models are quite popular, along with Drive de Cartier and the Roadster Chronograph.

There is no doubt that the value of each of the pieces created by this brand remains exceptionally high. Even in resale, a Cartier watch can go for a price close to its original one. The vintage Cartier watches are quite rare and hugely appreciated by people around the world.

If you ask someone who knows their watches, you will probably find out that older models are valued higher than the pre-owned ones. Cartier gives out a warranty of two to eight years for its watches. However, you have to make sure that the seller is authentic and have the watch registered upon purchase.

The brand tops the list of Swiss luxury watches and has held the second position after Rolex. Omega is one of the most exclusive watchmaking companies with a rich history dating back to the 1800s. In Cartier vs. Omega, you will notice that the latter started as a company that only made watches from the beginning.

The company was founded in La Chaux-de-Fonds during 1848 and initially carried a different name, which was later changed to Omega SA. Louis Brandt, the brand creator, began working in a small shop and initially made pocket watches that could be wound with a key.

He made the watches by collecting parts from nearby craftsmen and sold them to customers across Italy and Scandinavia. As business started to grow, Brandt’s son also joined the company and was involved in the setting up of in-house production and manufacturing facilities.

This allowed Omega to create interchangeable mechanical parts for their watches and have complete control over them. While the luxury watch brand managed to see continued success, it went through a struggle during the late 20th century when the quartz crisis took over. However, it overcame the challenges with new ownership and has maintained its status as a top manufacturer of luxury watches.

You can say that in accuracy and precision, Omega has no match. It manufactures mechanical and quartz watches, both of which have seen a lot of advancement over the years. The company is a pioneer of high-powered and unique watches that have set new design and engineering standards.

Most of the present models carry the designation of Chronometers and Co-Axial, which are certified for accuracy. The first of the company’s innovative wristwatches was created by Louis Brandt himself, who came up with a minute repeating mechanism that had never been seen before.

Then, in 1947, Omega made history with the 30I, a caliber created for the tourbillion watch. Its success in innovation continued through the 21st century with the launch of the co-axial escapement created by George Daniels.

Omega made further changes to its calibers by producing 8500 and 8501, both solely created by the company for their watches. In 2013, the company introduced a model with a movement that can resist magnetic fields more than 1.5 Tesla.

This made waves in the watchmaking world as no watch had ever reached this value of resistance previously. With the Chronometer and Master Chronometer models’ launch, the company has launched models that come up with a certification from COSC (Official Swiss Chronometer Testing Institute).

It was first associated with the Globemaster but now can be found in other collections as well. The watches made by Omega have and continue to be iconic in their design and make. They are quite stylish, with large, solid dials to lighter ones.

From Buzz Aldrin to Elvis Presley and Daniel Craig in James Bond, many notable figures have worn Omega watches. In fact, Omega’s Speedmaster was the first watch to tell time on the moon.

When it comes to bestsellers, the Seamaster Aqua Terra and Speedmaster Chrono have proven to be quite popular. The pricing of Omega watches varies and can be between $4,000 to $25,000 or upwards of $50,000.

An Omega wristwatch is known for being timeless, and most of the models can go for a high to medium price when resold. The company offers a warranty of up to five years, which is more than the standard set according to European Law.

In the end, Omega does have a slight advantage in the watchmaking world and may be the winner of Cartier vs. Omega. Its watches are the peak of innovation and have taken the industry by storm with their precision and power. On the other hand, Cartier has its own place in the industry and has introduced several new technologies that have set new benchmarks for luxury, innovation, and quality. 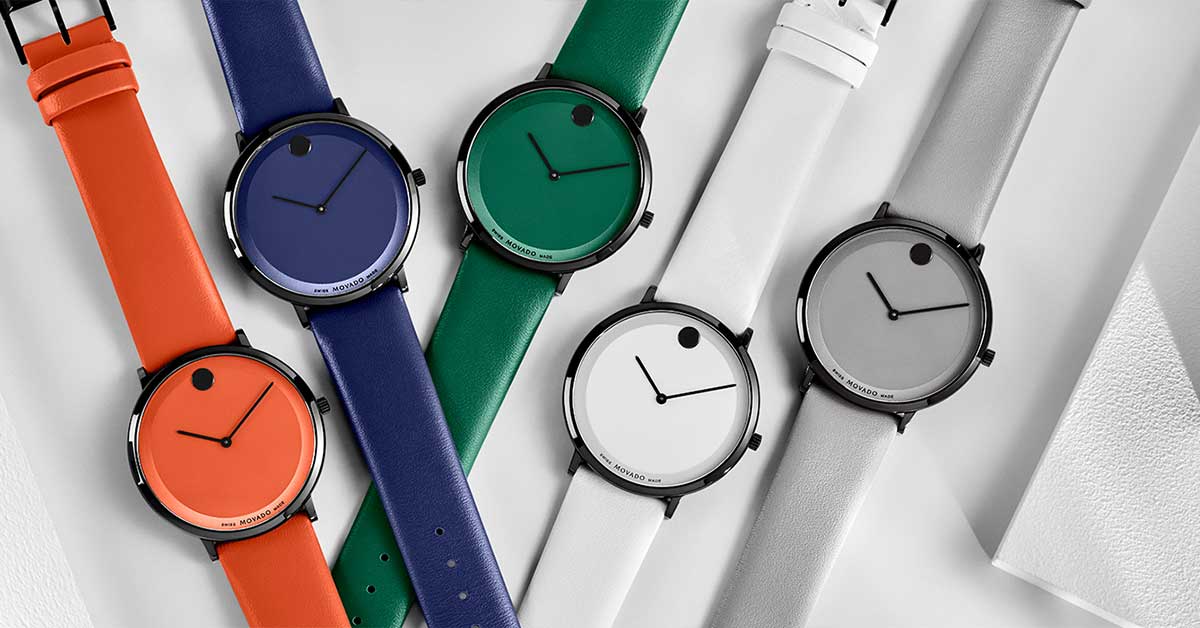 Tag Heuer vs. Movado: Which is the Better Luxury Watch Brand?
August 19, 2022