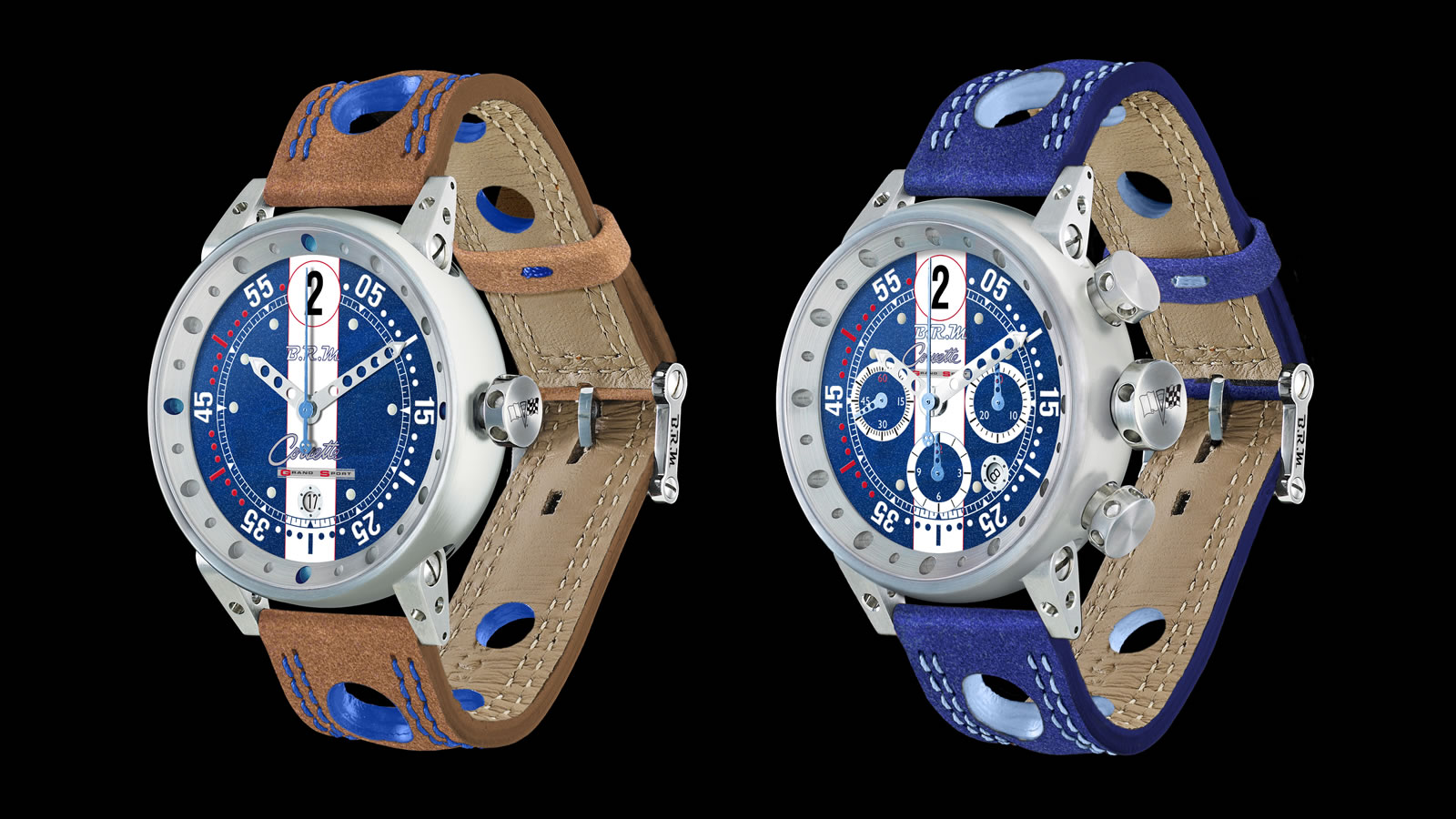 BRM Chronographes and Corvette® have developed new timepieces honoring one of Chevrolet’s® most valuable vintage cars, the Grand Sport. Licensed by General Motors, the Corvette® Vintage Grand Sport series launches the next collaboration between BRM and the motorsports icon, following the Corvette® C7.R Racing Collection and the special ‘100 Wins’ watch recognizing the team’s 2016 milestone. 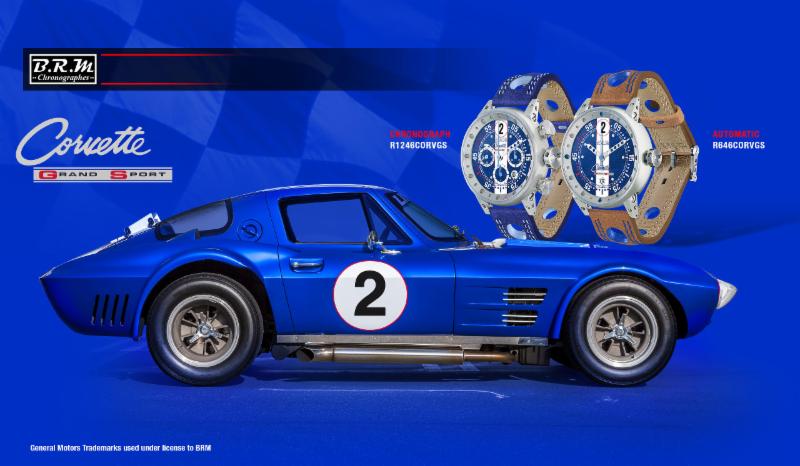 The Grand Sport legend began as a so-called secret project led by famed engineer Zora Arkus-Duntov, and he created an ultra-lightweight concept to rival the era’s racing leader, which hailed from GM’s chief competitor. Duntov originally planned to introduce 125 vehicles – but only five Grand Sports had been produced when the initiative was abruptly cancelled. However, all of “The Lightweights” went on to be piloted by drivers including Roger Penske, A. J. Foyt, Jim Hall, Dick Guldstrand, and other icons, with Thompson claiming the first win in Grand Sport 004 at a Sports Car Club of America race at Watkins Glen on Aug. 24, 1963. 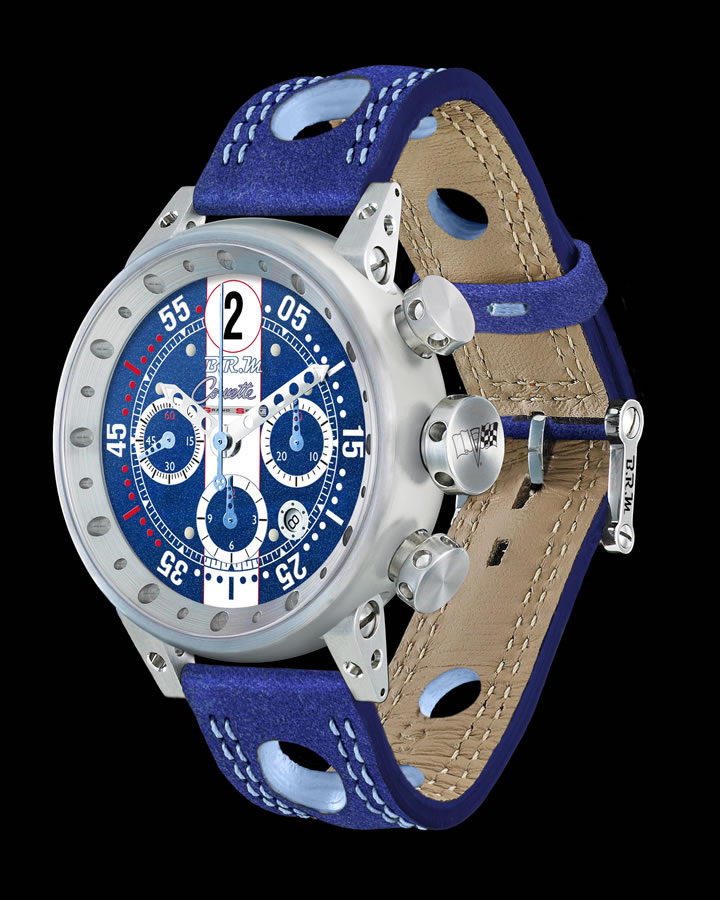 The Grand Sports rank among the most coveted Corvettes ever built, due to their rarity and an enduring fascination over what might have been. Now, BRM’s artists and engineers have reimagined the legacy through a collection that pays homage to the car’s one-of-a-kind history.

Releasing two uniquely customized timepieces, BRM crafted both chronograph-automatic and automatic models for the Corvette® Vintage Grand Sport Collection. The 46mm watches are designed around a case made from one single block of aluminum, reflecting the car’s original chassis, and the strap is composed of the alcantara material that comprised the steering wheel. In addition, the traditional “12” transfer at the top of the dial bears the number “2” instead, highlighting the significance of Grand Sport 002 and the car’s prominence among second-generation Corvettes. Other signature features include textured dials in “paillete blue” with white stripes, as well as logo engraving on the dial and crown. 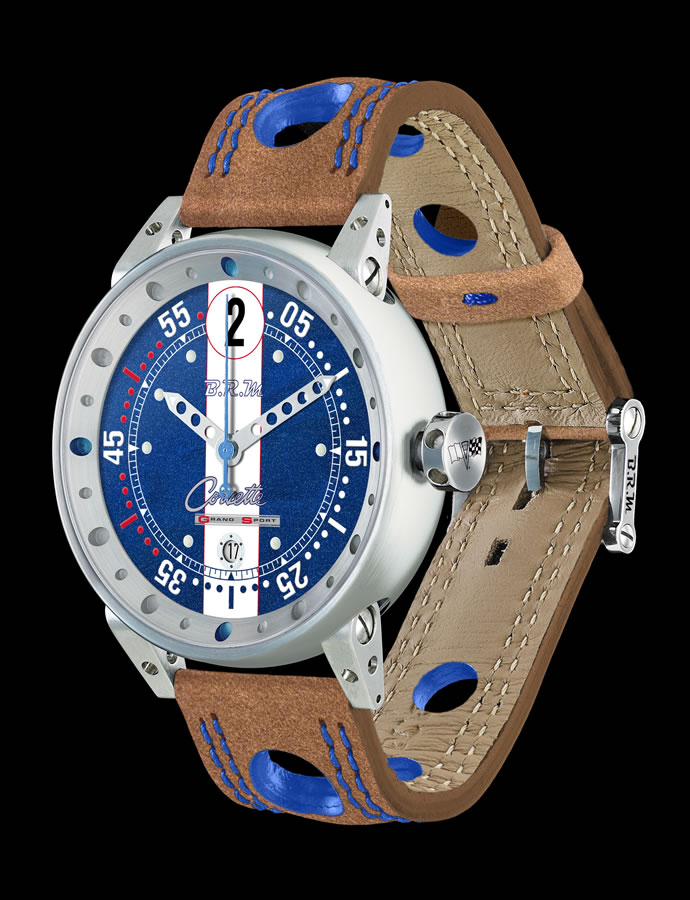 Only 163 timepieces will be available for each series, and specifications of the R6-46-CORV-GS and R12-46-CORV-GS include: 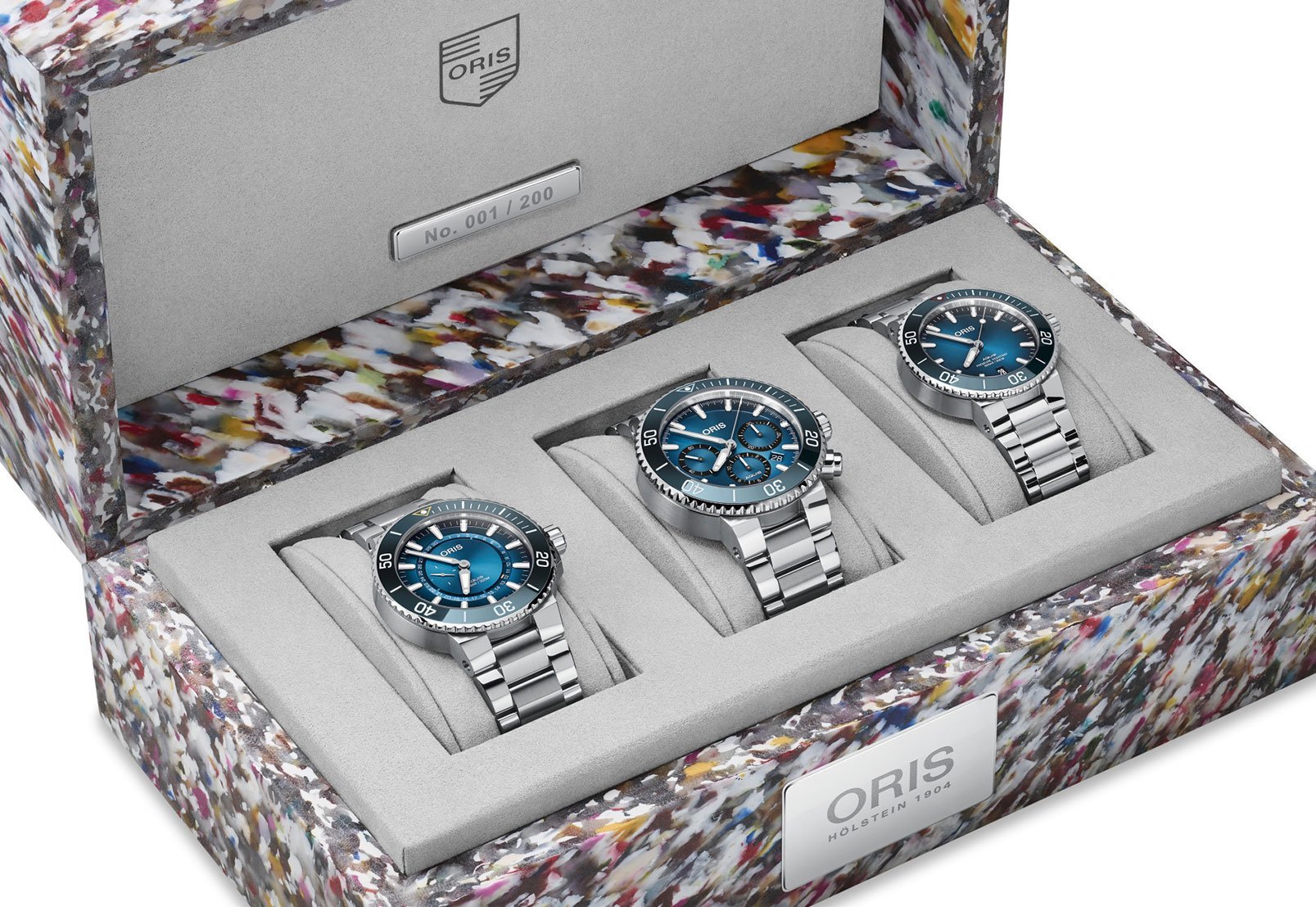