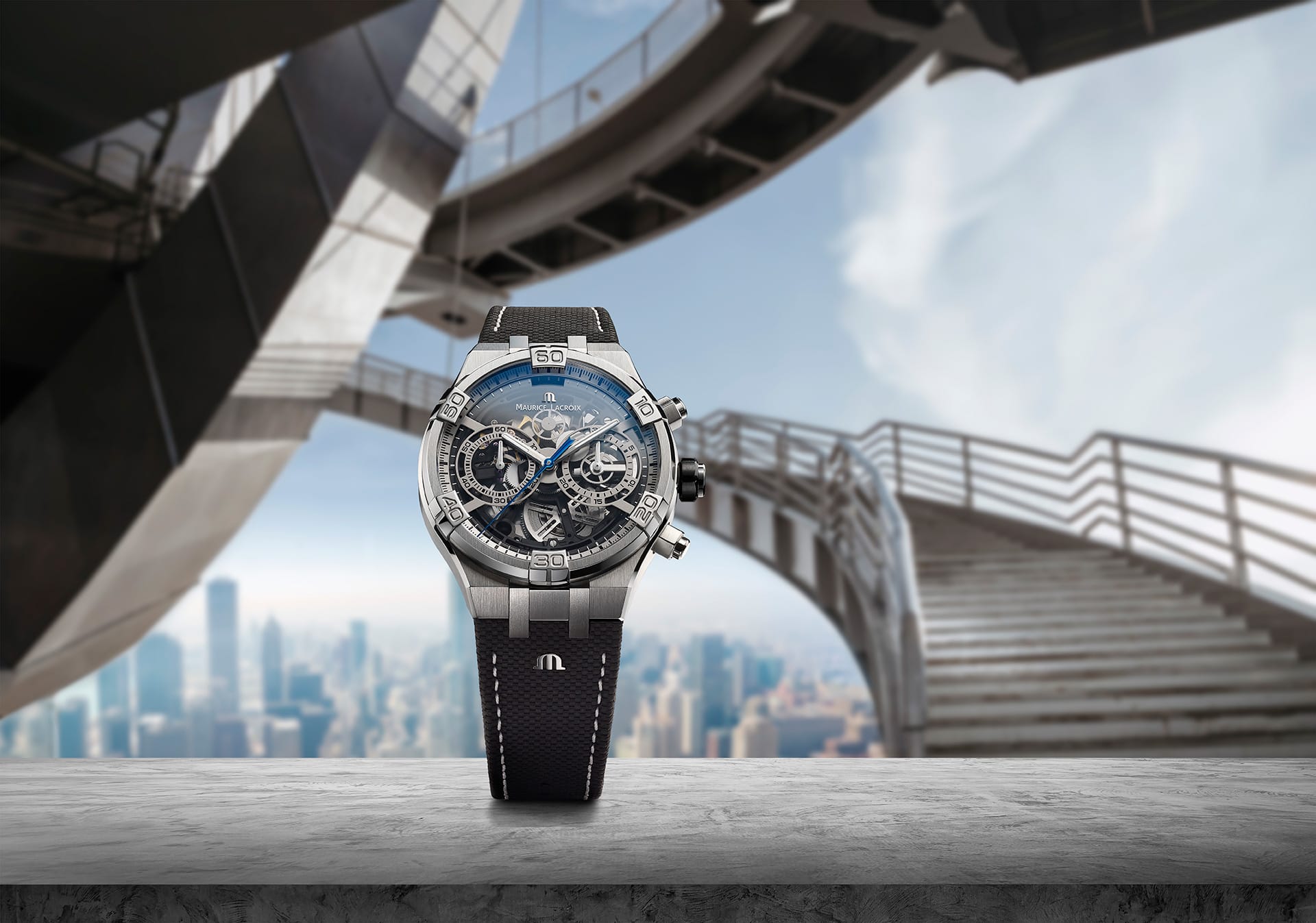 THE GRAPHIC POWER OF THE AIKON CHRONOGRAPH SKELETON

The AIKON Chronograph Skeleton is a contemporary and sculptural creation that combines the powerful, angular and masculine lines of the AIKON Automatic with one of Maurice Lacroix’s most iconic movements. The skeletonisation of this automatic chronograph enhances the structure of its hands, bezel and push-pieces. By playing on sharp lines, alternating between circles and hexagons, Maurice Lacroix has created a steel piece with a strong watchmaking impact. 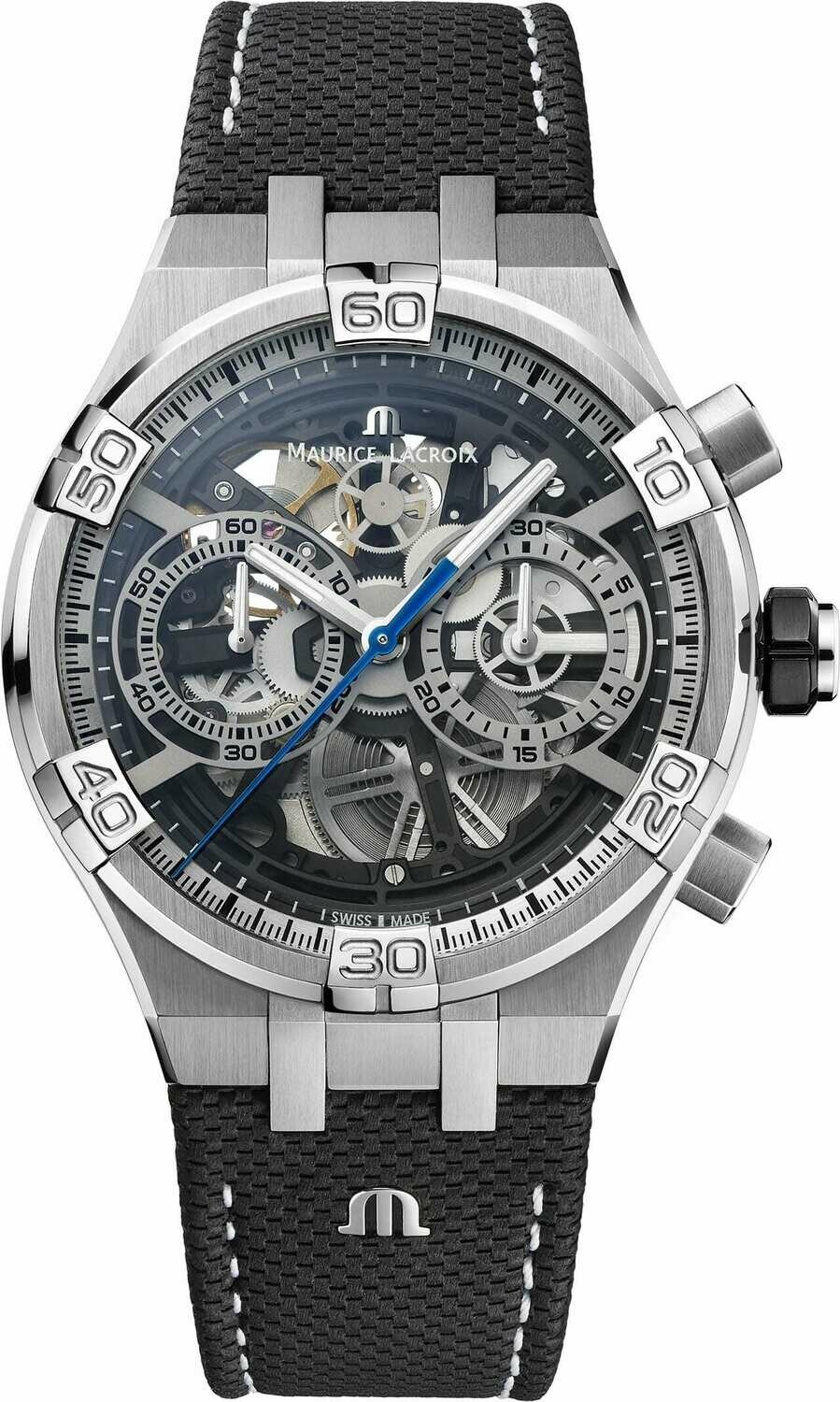 The AIKON Chronograph Skeleton expresses the brand’s creative strength in terms of design and complications, combining the watchmaking heritage of Masterpiece and the power of AIKON. Several months after leading the way with the AIKON Mercury, Maurice Lacroix has expanded its iconic line with a sophisticated, graphic and uncompromising piece.

The technical excellence of the AIKON Chronograph Skeleton is an aesthetic desire, a graphic assertion of AIKON’s powerful character, developed to achieve its full potential. And yet, behind this embodiment of bold, expressive and unambiguous watchmaking, Maurice Lacroix has stayed true to its core principles. This complication Manufacture piece is perfectly executed, and the relationship between its objective and perceived value and its price is particularly favourable.

A strong 44 mm diameter with an elegantly designed thickness. A reduced bezel, allowing you to admire the movement in its entirety, featuring the six characteristic AIKON arms placed directly on the crystal, more prominent than ever, engraved 10 by 10. Prominent push-pieces with a hexagonal base that protrude to trigger the chronograph. A long, large, serrated crown with a black PVD nish. The masculine characteristics of this ultra-sporty and technical chronograph are proudly displayed. And to powerfully complete the image of a skeleton chronograph, Maurice Lacroix has modi ed the nishes to play with the perception of volume.

The higher the components are on the AIKON Chronograph Skeleton, the clearer they become. The arms and bezel are produced in satin- nished steel. The front of the dial, featuring four hour-markers and counters, is also satin- nished and darker. The grooves of these counters are microbead blasted and even darker. The lower levels are occupied by the movement, treated with DLC black gold and highlighted by the lowest layer, which becomes light grey again to create a contrast. 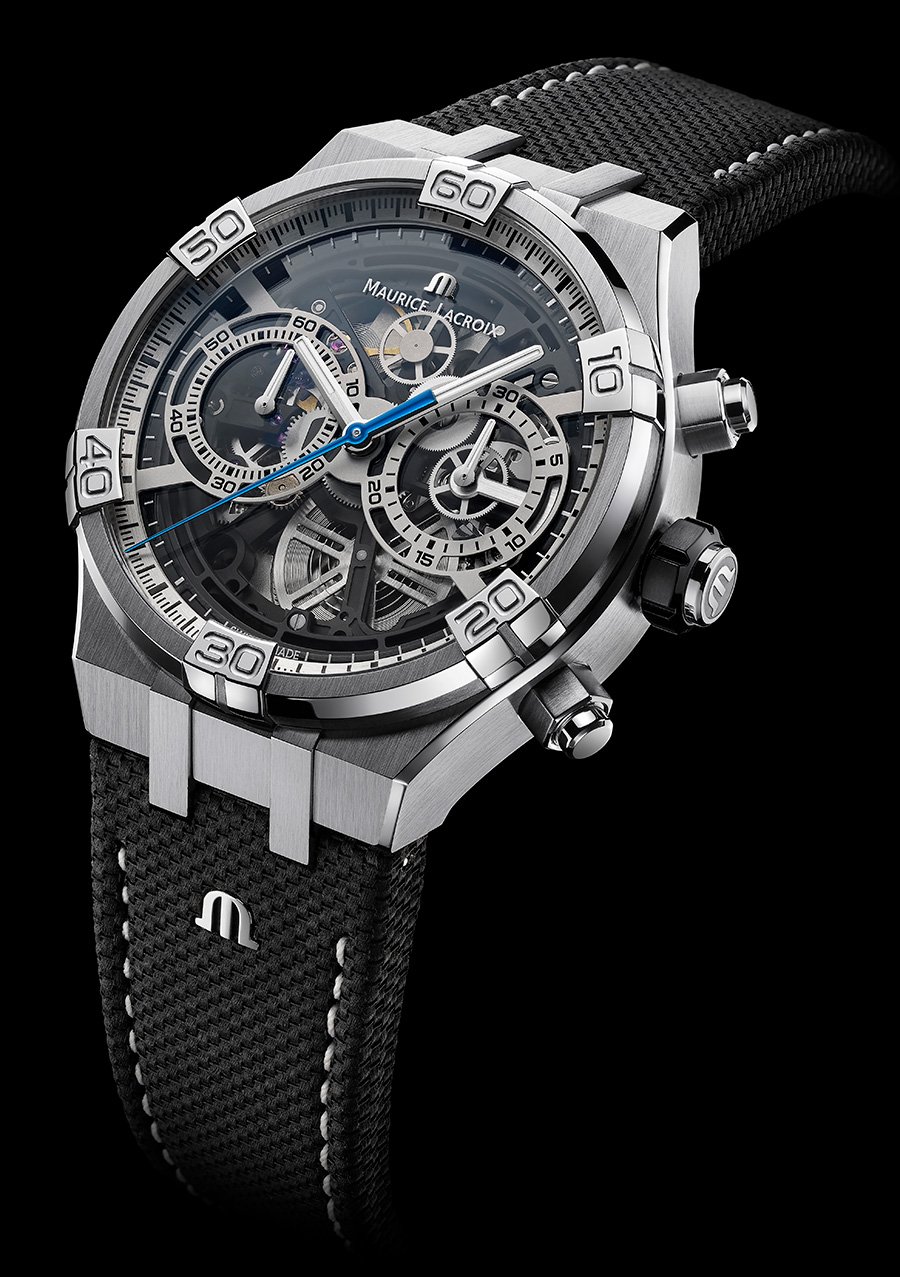 The composition of the bezel, ange and dial create a vortex effect: all the markings are aligned towards the centre of the watch and draw the eyes to it. The black timer engraved on the bezel is extended by the one shown on the sapphire dial, continued by the hour-markers and nalised with the chronograph markings. A blue seconds hand and AIKON rhodium-plated hands embellished with SLN emerge from the centre. This playful contrast is completed with the AIKON Chronograph Skeleton strap. In black calfskin with hand-sewn white thread, it is marked with an applied M logo, the signature of the brand. This strap features the Easychange system which allows it to be effortlessly changed in seconds.

The mechanism underlying this powerful ensemble is the ML206 calibre, an automatic chronograph with two counters and a 48-hour power reserve. This calibre also equipped the Masterpiece Chronograph Skeleton in 2016. Its sporty character meant it lent itself naturally to the AIKON Chronograph Skeleton. The technical identity of its skeletonisation with its assertive supportive lines reinforced this fact.

AIKON is the descendant of the Maurice Lacroix Calypso. This steel watch was one of the brand’s iconic models in the 1990s and bore the same design codes that live on in the AIKON. The integrated and water-resistant case, the six-arm bezel surrounding a at sapphire crystal and the strap marked with an applied M logo made this model with its exceptional presence the brand’s most iconic product. In 2016, Maurice Lacroix produced a contemporary reinterpretation of this iconic piece with the quartz AIKON. In 2018, an entire collection of AIKON Automatic pieces continued the saga and in 2019, the AIKON Mercury introduced Masterpiece-style complications to the collection. 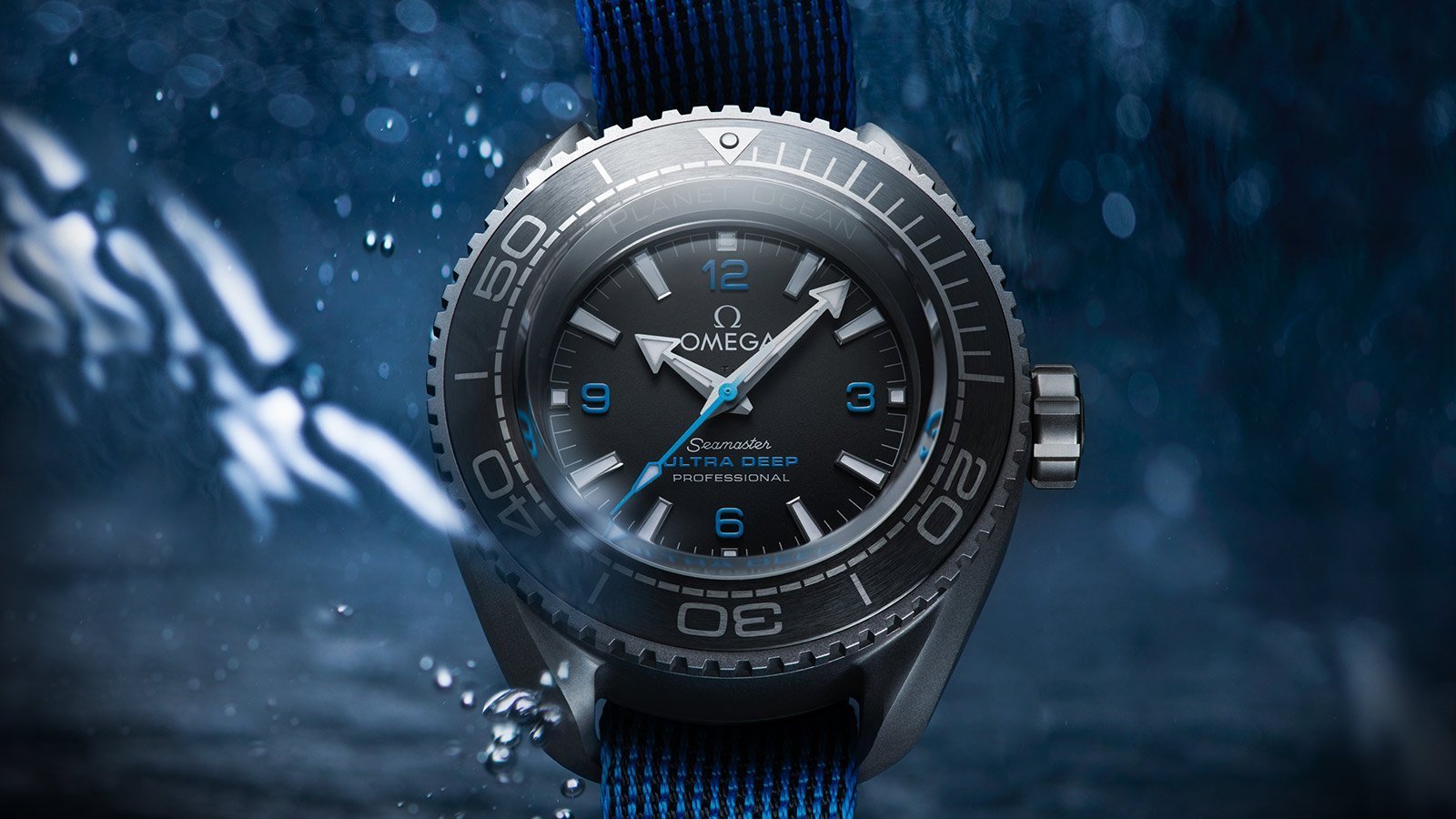