The Most Underrated German Watch Brand Glashütte Original Sixties Annual Edition Fiery Orange. When it comes to Glashutte, they have…

When it comes to Glashutte, they have an unfair reputation as the poor mans Lange. Which is not only unfair but definitely undeserved. Sure they aren’t finish to the same level as a Lange, but the price point reflects that. Not to mention their watches are exceptionally finished at their price point. 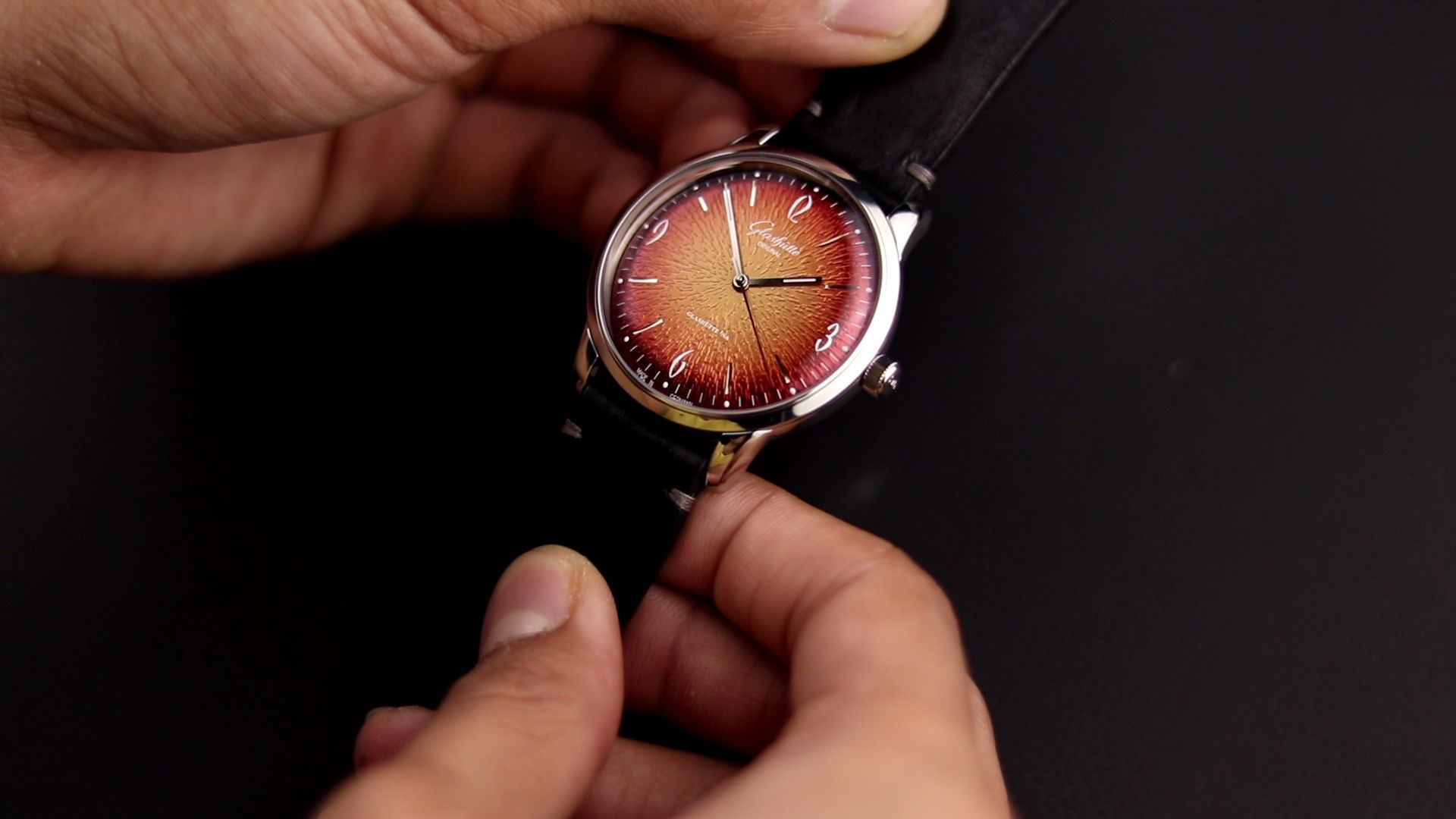 What we have here today is the Glashütte Original Sixties Annual Edition Fiery Orange. This watch is a non limited production in terms of numbers, but is limited to the time they will produce it which as the name suggests will only be one year. The name pretty much says it all. The watch is a sixties inspired watch with a fiery orange dial which is the star of the show.

There’s no getting around it. The biggest reason you would love this watch is because of the unique fiery orange dial. The dial is more complicated than one might think. The process to create this dial involves multiple steps to achieve a textured surface and a gradient color. The dials are first stamped to get the texture & is produced using the same original tools and methods from the 1960s. Which is pretty cool that they are keeping it true to the original. Each blank dial receives its embossing with the aid of a 60-tonne press then will be domed to follow the curvature of the crystal. Finally it is painted which also takes multiple steps. 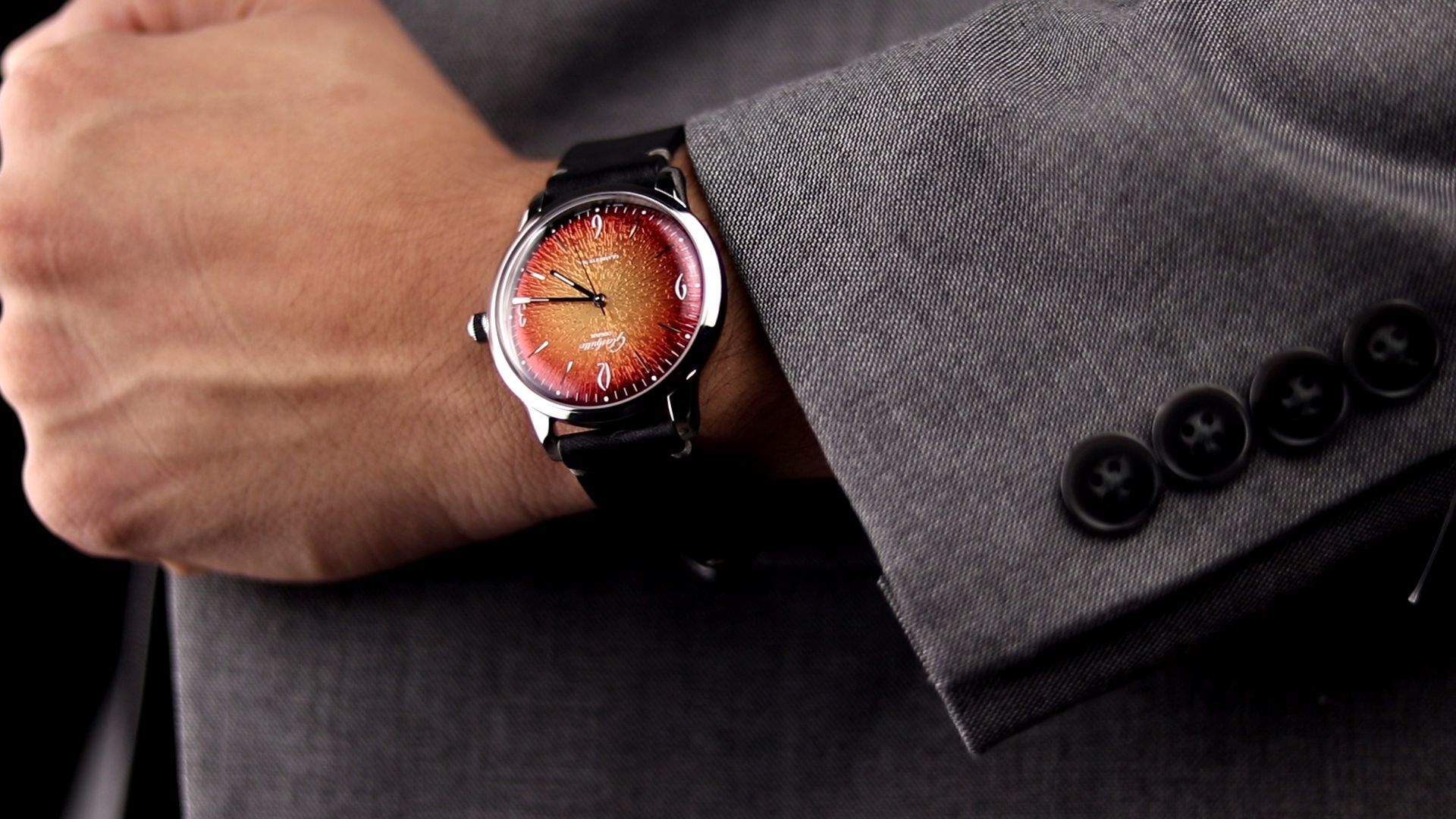 Powering this watch is the Calibre 39-52. an in-house Automatic movement with a 4Hz frequency & 40h power reserve. A beautifully decorated in-house caliber that is exceptionally finished by Glashutte.

The watch has what is referred to as the goldilocks size. At 39mm the watch is just right. the thickness or lack of is even better at 9.4mm thick this could easily fit under a dress cuff. Though I will say this dial won’t fit a dressy attire. I would go with the white dial if this is gonna be your dress watch. At 20mm lug size the watch will fit many straps though my recommendation is to go with a simple strap as seen here today. When having a crazy dial the rule of thumb is to have a simple strap to not distract from the design. 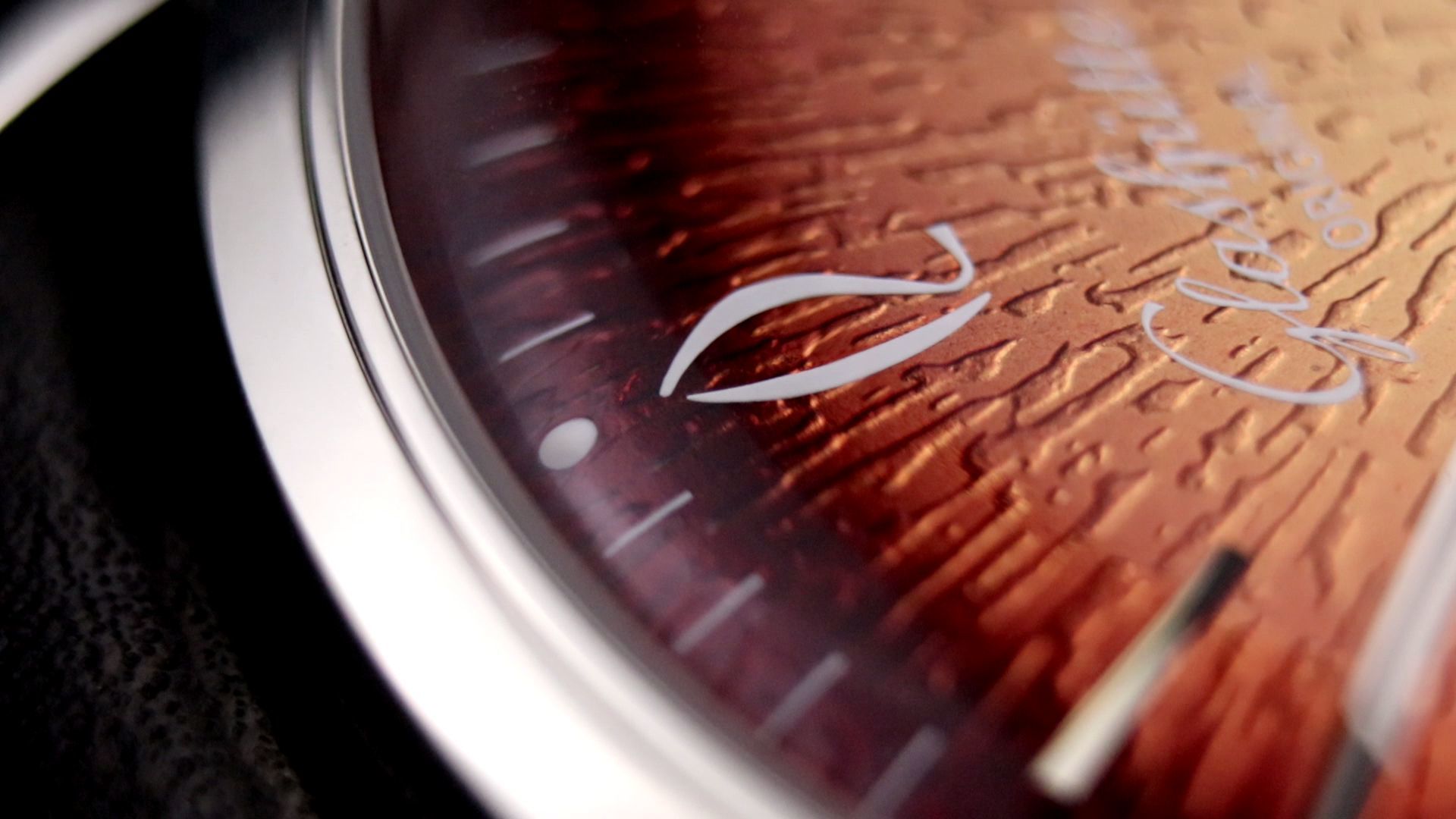