THE SPEEDMASTER “DARK SIDE OF THE MOON” APOLLO 8 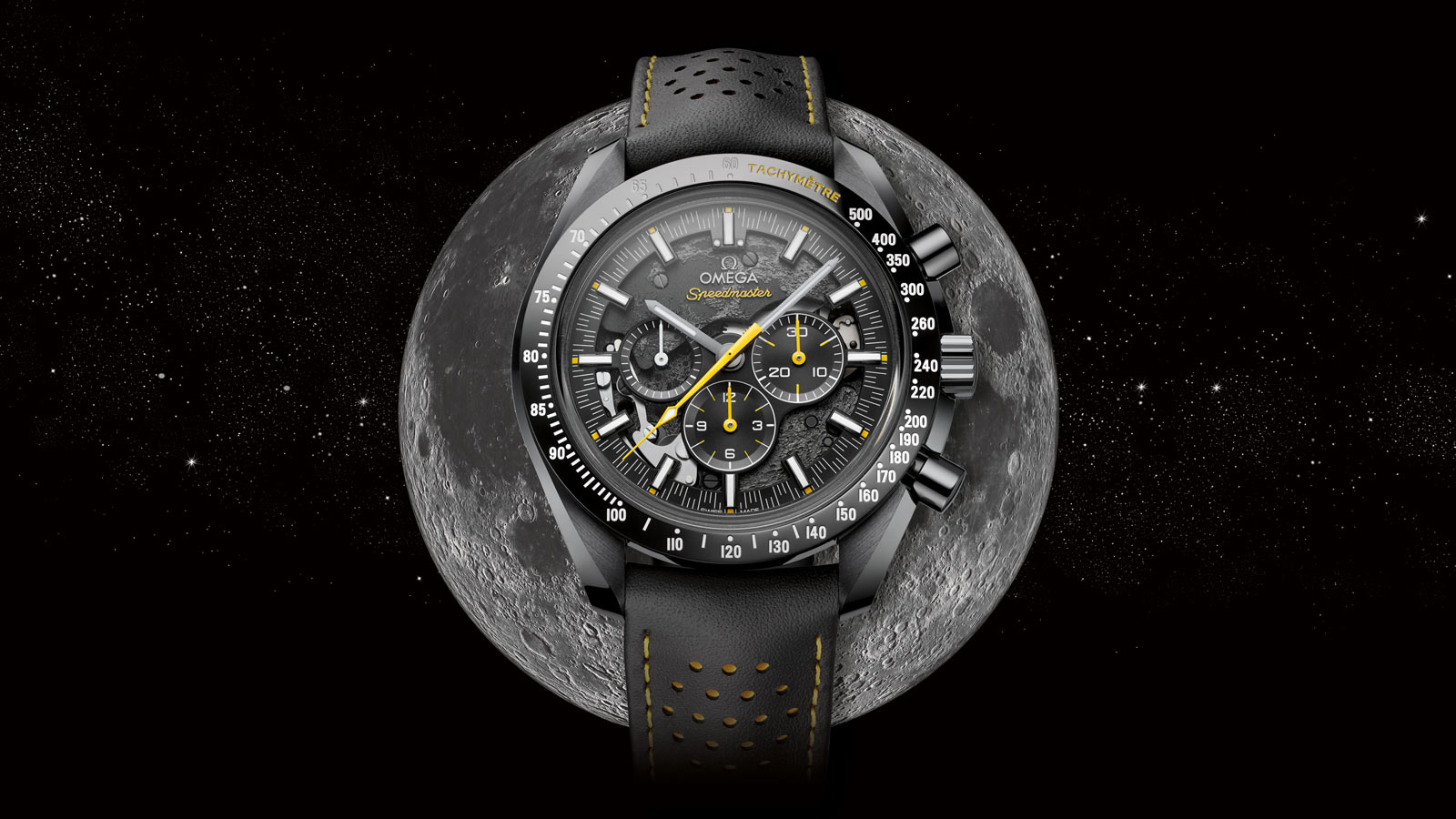 In 1968, the Apollo 8 crew became the first humans to ever see the dark side of the moon. 50 years later, OMEGA has produced this incredible chronograph in tribute to that mission. As well as having a skeletonised dial, this collectable watch is remarkable for its specially decorated version of the famous Moonwatch calibre 1861.

THE MOON ON YOUR WRIST

Presented on a perforated black leather strap with yellow rubber through the middle, this Speedmaster’s unique design remains true to Apollo 8’s pioneering spirit. The entire watch is produced in sleek black ceramic and the dial has been expertly skeletonised to reveal a blackened movement inside. Most impressively, the movement has been laser-ablated to produce realistic imagery of the lunar surface. 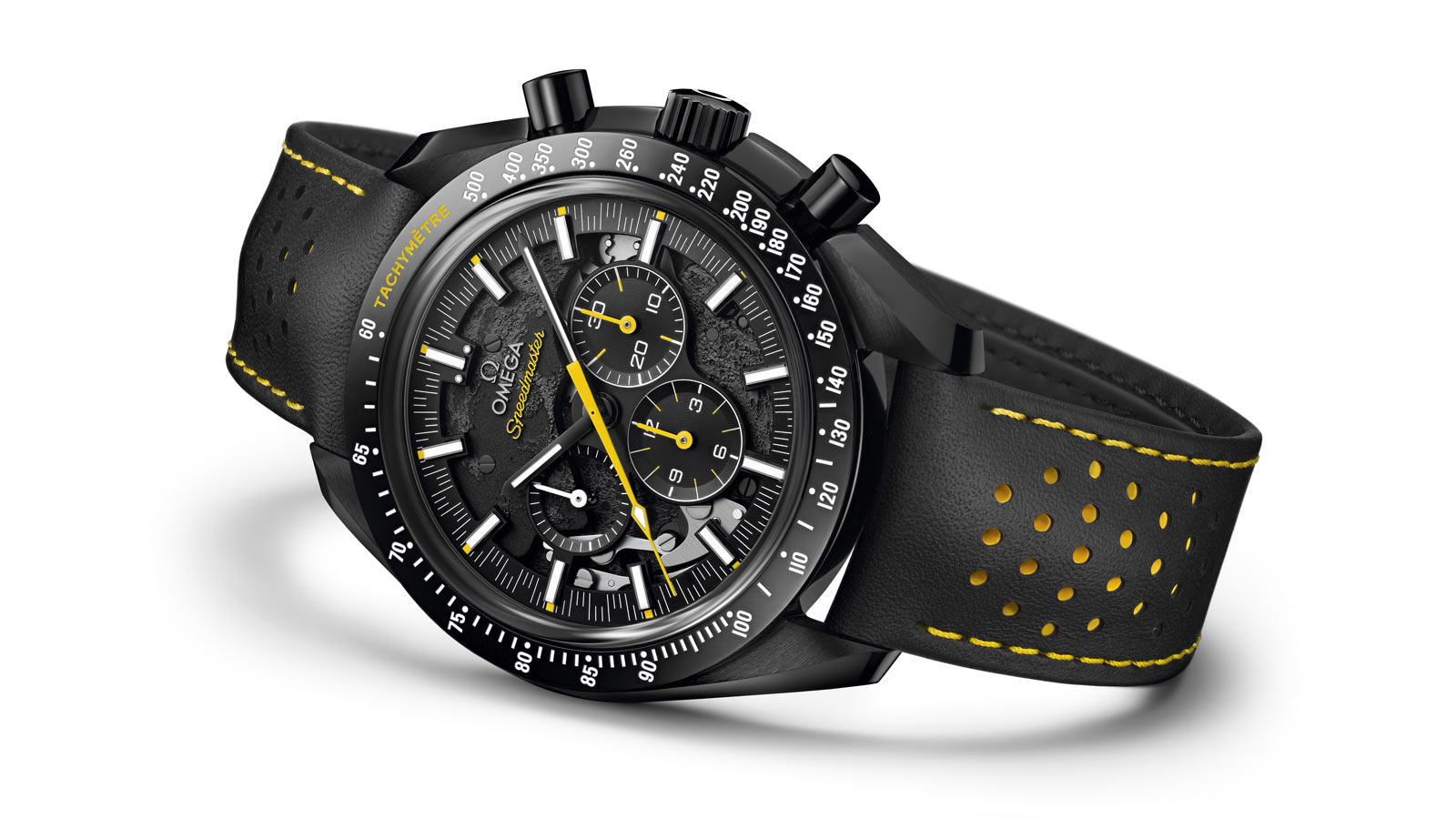 “Apollo 8 orbited the moon 10 times over 20 hours during its mission. A major human achievement.”

The chronograph hands are varnished yellow, while the watch’s tachymeter scale and crown are filled with white Super-LumiNova. The Speedmaster and Tachymetre words also appear in yellow. 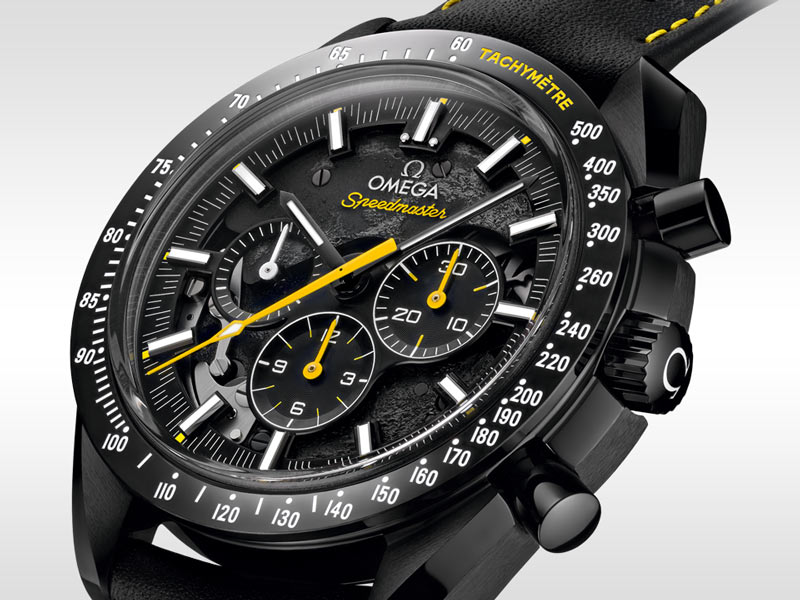 Around the transparent caseback, the words “WE’LL SEE YOU ON THE OTHER SIDE” reference Jim Lovell’s final words spoken to ground control just before Apollo 8 travelled to the far side of the moon. 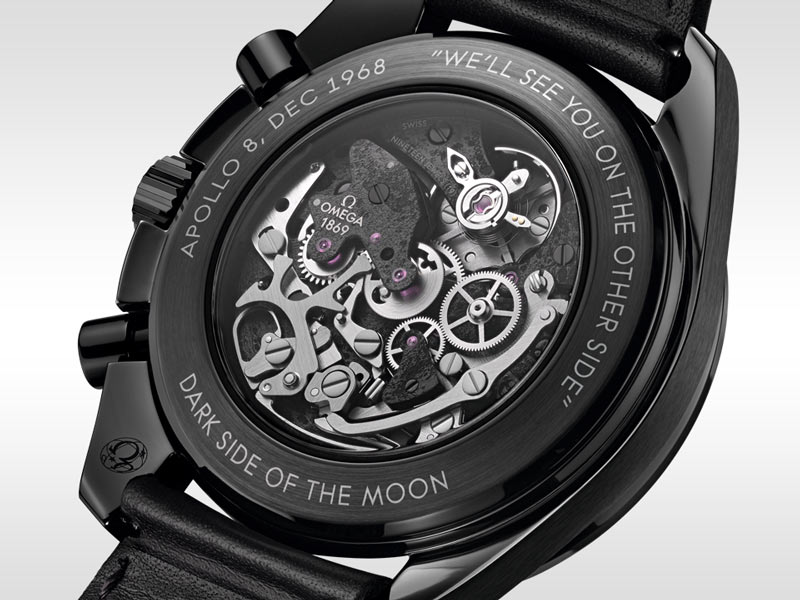 “The Calibre 1869 is a specially decorated version of OMEGA’s famous Calibre 1861.”

The dial-side of this watch is a light shade with a landscape full of craters to represent our view of the moon’s surface from Earth. 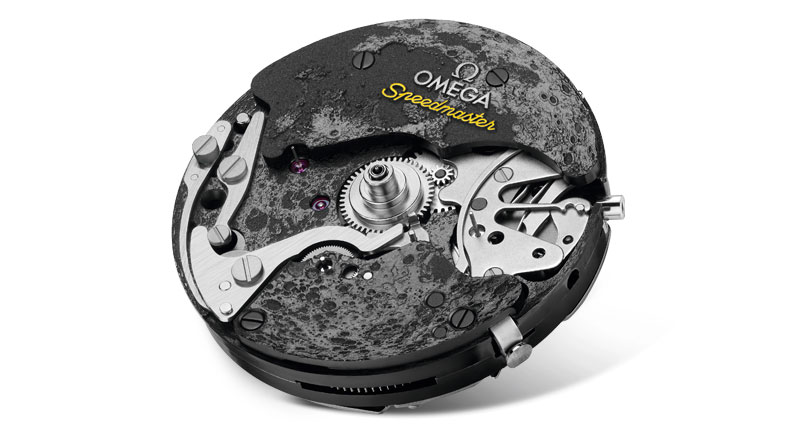 The caseback delves into the dark side of the moon that only astronauts get to see. It’s also a perfect view of the Calibre 1869 inside. 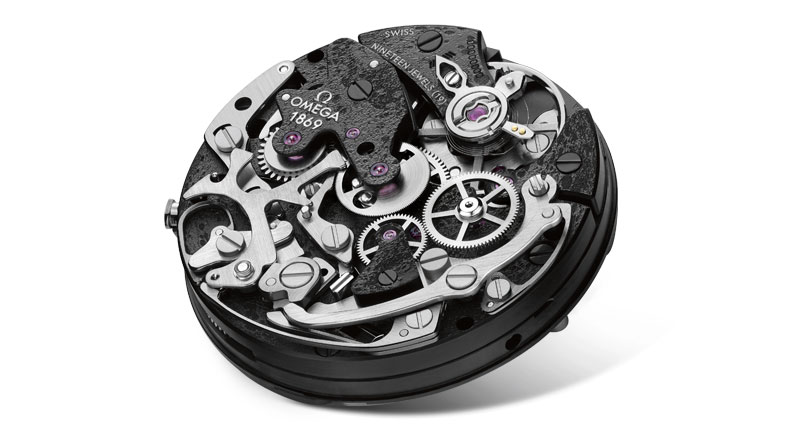