Formal perfection in a timepiece: the oval shape is a logical outcome as the two watch movements are not vertically stacked but arranged side by side in this model. That defines the basic design of the Masterpiece 1 collection. Launched with the first Dual Time Resonance model in titanium, the Masterpiece collection has now been extended to include versions in white gold and 18 carat rose gold, each in a limited edition of just 8 pieces. 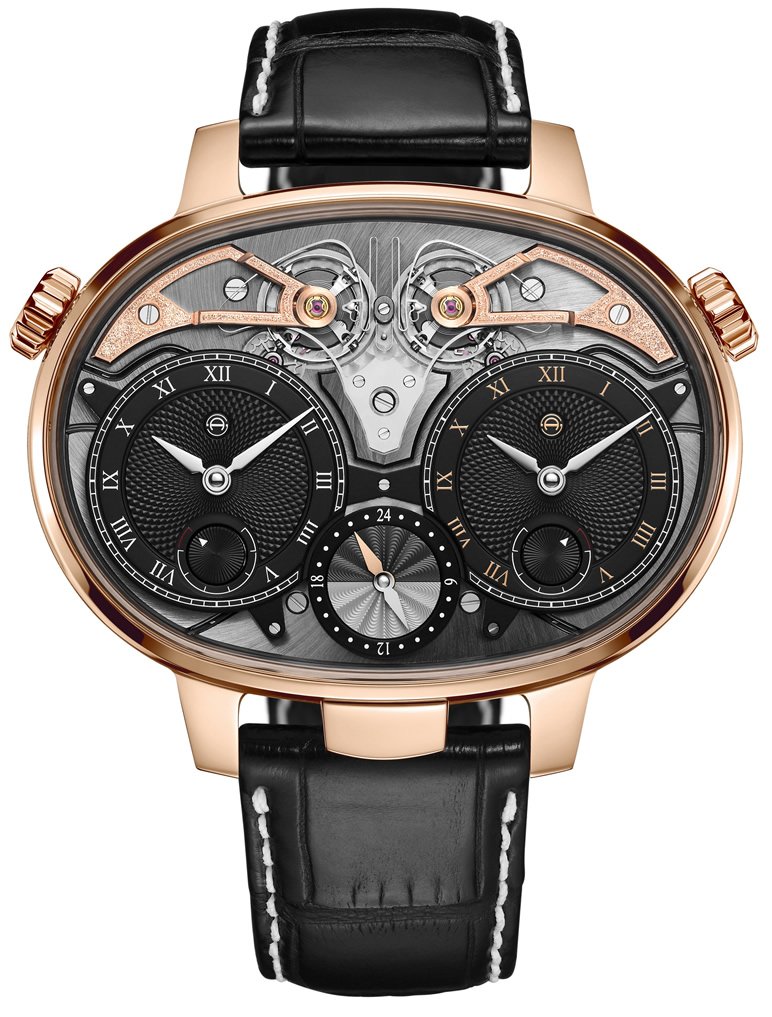 Independent movements enable the Dual Time Resonance to indicate GMT, or a second time zone, as well as a function used as a timer or countdown. Power reserve indicators on each of the hand-guilloche dials and a 24-hour indication at 6 o’clock complete the indications.

While it has been long known that resonance in watch and clock movements with synchronized coupled oscillators improves accuracy by averaging slight differences in the precision of each movement and in wristwatches minimises adverse effects of shocks on precision. Less known is that resonance also conserves energy: vibrational energy that is normally be lost through the supports of the regulator is conserved in the system. 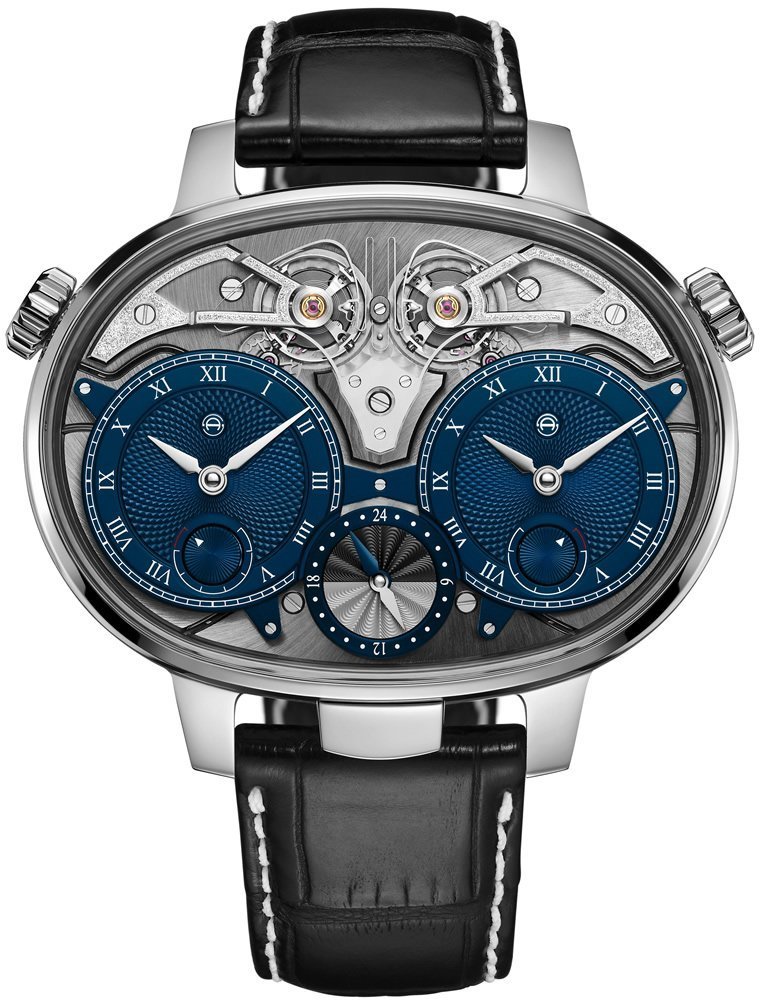 “Form follows function” could have been written for the Dual Time Resonance: two movements side by side (rather than stacked vertically) naturally led to the oval-shaped case, while the increased space afforded by the movements in this configuration allowed for two barrels per movement and a longer power reserve. Gazing through the display back at all four barrels winding simultaneously is as mesmerising as the ballet of the dual regulators on the dial.

Any body in motion causes vibrations in its surroundings. When another body with a similar natural resonant frequency to the first receives these vibrations, it absorbs energy from it and starts vibrating at the same frequency in a sympathetic manner. For example, a trained singer can hold a note causing a tuning fork tuned to the same frequency to vibrate.

For the oscillators to be able to synchronize with each other, they have to be closely tuned. A small child trying to synchronize steps with an adult is unlikely to synchronise for more than a few steps as the systems are two dissimilar to resonate. 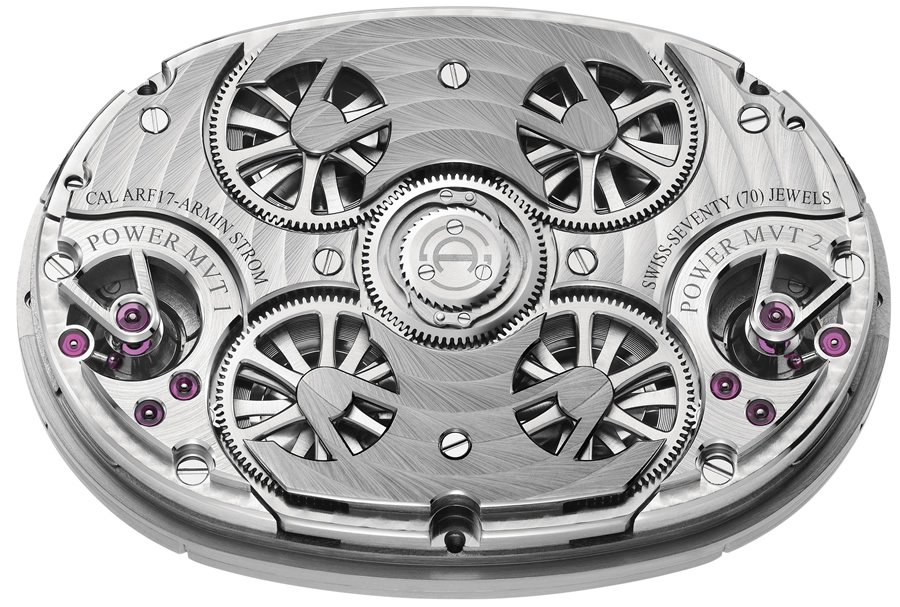 In horology, the phenomenon of synchronized motion has fascinated watchmakers since the time of Christiaan Huygens (1629-1695). Huygens, inventor of the pendulum clock, was the first to discover the resonance of two separate pendulum clocks, which he logically surmised should keep slightly different time. When hung from a common beam, however, the pendulums of the adjacent clocks synchronized; subsequent researchers confirmed that the common wooden beam coupled the vibrations and created resonance. The two pendulums functioned as one in a synchronous manner. In the eighteenth century, Abraham-Louis Breguet demonstrated his mastery of the physics with his double pendulum resonance clock. 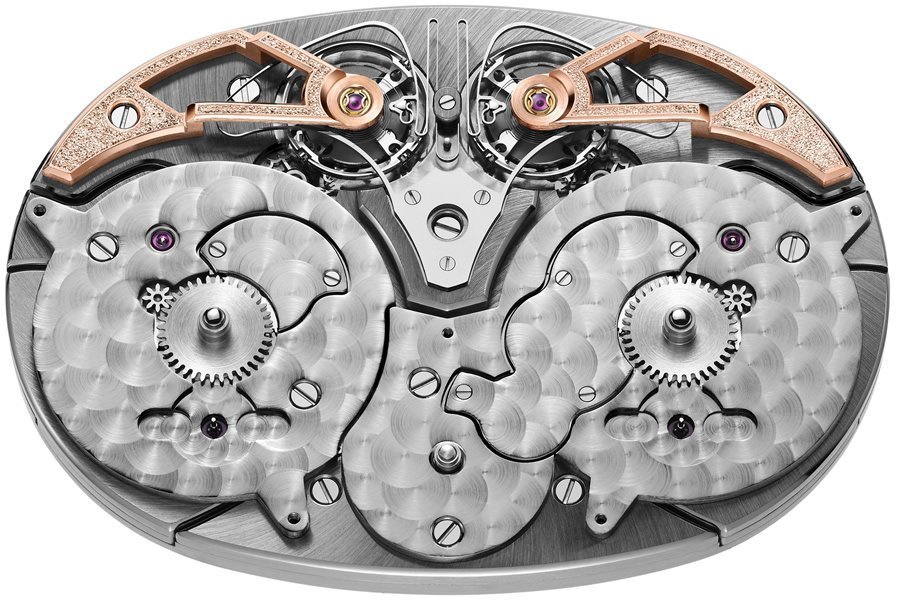 An outside shock slowing down one of them increases the speed of the other one by the same amount; but both will strive to get back in resonance, averaging and minimizing the effects of the outside influence as they find their rhythm. What was true for Huygens and Breguet’s clocks is just as true for Armin Strom’s wristwatch.

The advantages of resonance are threefold: 1) stabilizing effect on timekeeping (better accuracy); 2) conservation of energy (think of a professional cyclist riding in the shadow of another cyclist in a racing situation); and 3) reduction of negative effects on timekeeping accuracy due to outside perturbation such as shock to the balance staff, which in turn keeps the rate more stable (better accuracy).

While the advantages of resonance have been known for centuries, only a handful of clockmakers and watchmakers have created timepieces deliberately and successfully exploiting the phenomenon of resonance, including Antide Janvier (1751-1855) and Abraham-Louis Breguet (1747-1823). And, now, Armin Strom.