TWO-FACE – THE GOOD AND THE BAD FACE OF CRIME… 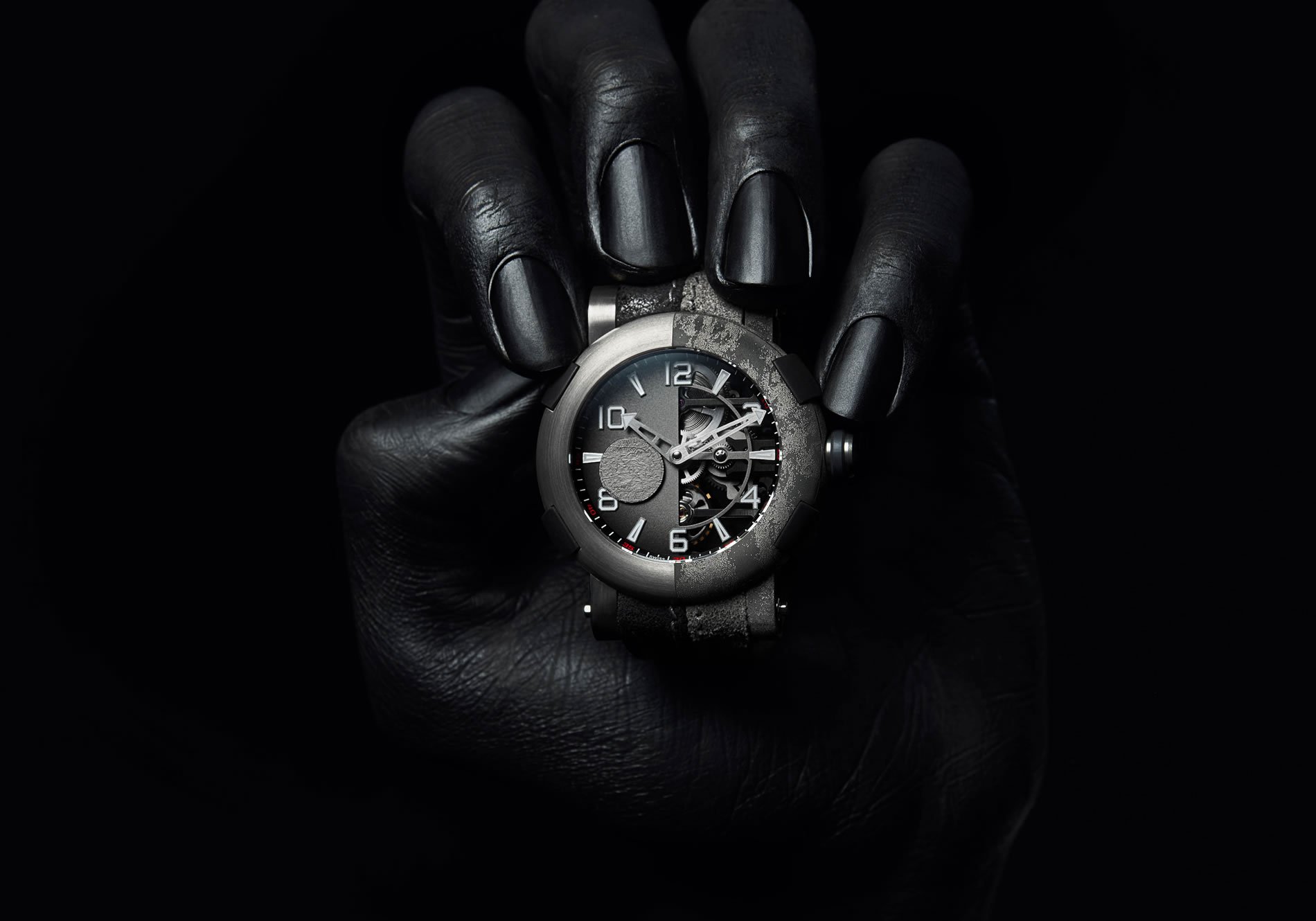 The new RJ Two-Face watch is a remarkable interpretation of the complex and conflicted villain who, as Gotham City’s district attorney, used to be one of Batman’s biggest allies. How did the most clean-cut lawyer in Gotham City become one of Batman’s most dangerous enemies? The answer lies in a classic struggle between good versus evil as District Attorney Harvey Dent seeks to bring down mobsters Sal Maroni and Carmine Falcone.

During their trial Maroni attacks Dent with sulphuric acid, horribly disfiguring the attorney and eventually driving him insane from his injuries. With his face split in two like his personality, Dent becomes obsessed with the concepts of duality, chance and good versus evil. In that moment Two-Face is born. 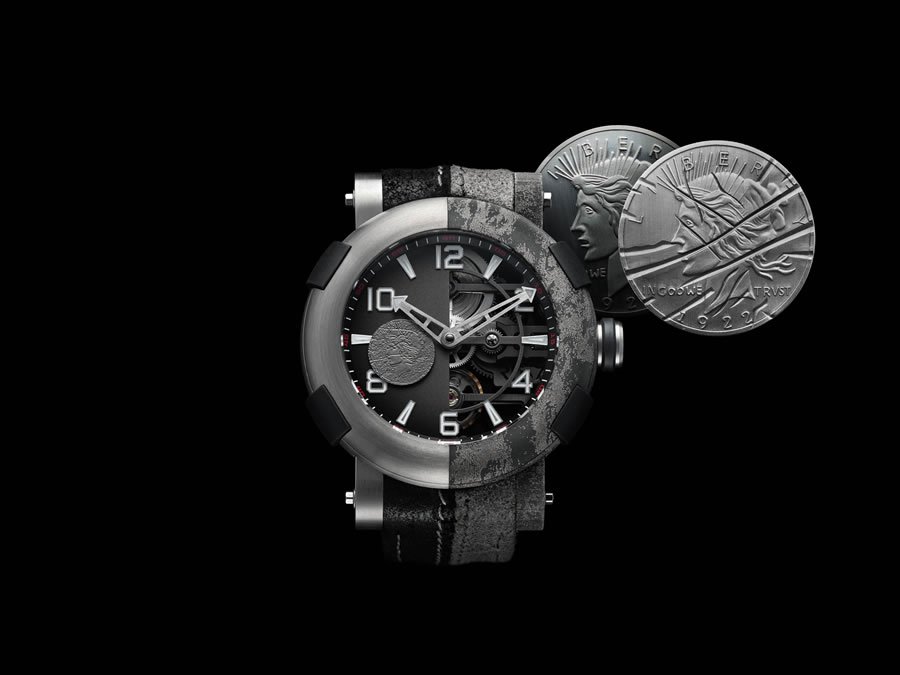 Using watchmaking techniques that are exclusive to RJ, the Two-Face watch uses a skeleton movement and distressed design cues to evoke the twisted physical and mental state of the crazed criminal. The left-hand side of the watch is intentionally clean and structured, while on the right side, the three-layer skeleton movement is exposed to show the inner workings of the watch, as if acid itself had burnt away the outer casing and dial.

“Two-Face is such a complex character that only a watch with an equally split personality can truly do justice to his malice and tricks,” says Marco Tedeschi. “To recreate his scarred face and exposed features has been a fantastic challenge and has forced us to push the envelope of what is possible when the worlds of horology and comic culture collide.”

The Two-Face watch uses a half-exposed manual skeleton movement with 48-hour reserve. Designed by RJ, the movement features chamfered edges and straight angles and sits within a circular satin-brushed 45mm titanium ARRAW case. By using an ARRAW case, the Two-Face watch sports the four iconic rubber bumpers, beautiful lugs and arrow-shaped hands that are core to all ARRAW-based watches. 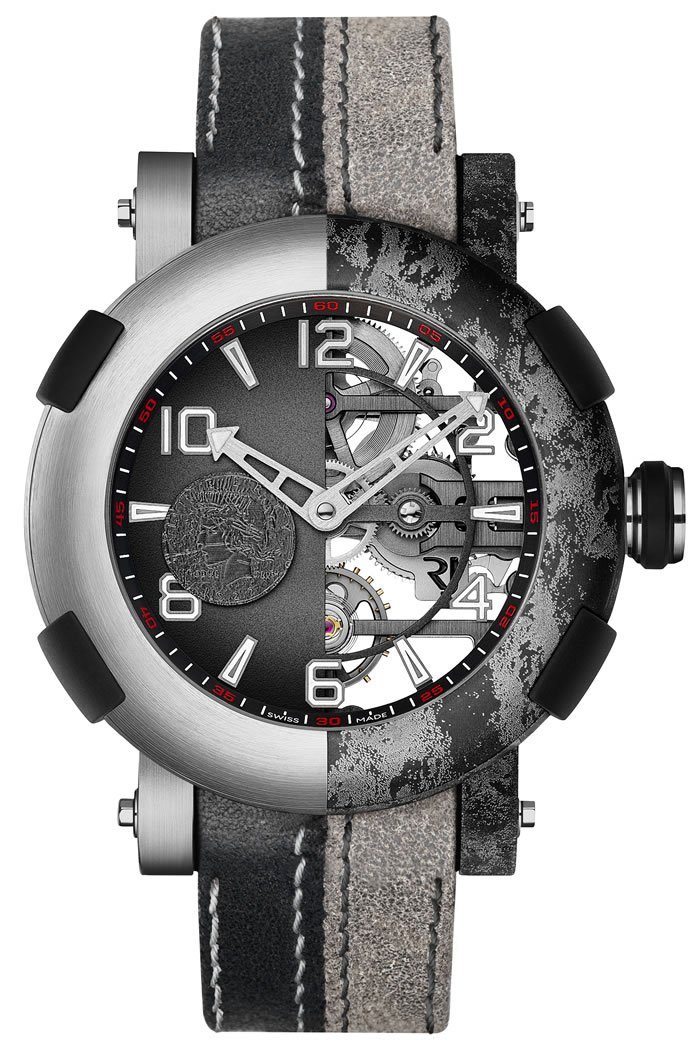 The Two-Face watch is immediately distinguishable, however, thanks to its distressed outer bezel, in which the laser-engraved titanium bezel and calf leather strap have been intentionally structured along the right-hand side to echo the symmetrical disfiguring of Two-Face himself.

The dial itself, which sits beneath anti-reflective sapphire glass, reflects Two-Face’s personalities. The clean, structured left side carries a laser-engraved coin, which Two-Face famously spins to make life and death decisions and which, on the watch, serves as a turning second hand.

Like the watch itself, the calf leather strap is designed to have a clean and distressed side. Using a process unique to RJ, the right edge of the strap is given both a visual and tactile nature. The strap can be changed by pushing the release buttons in the form of original Batman logos on the case lugs.

The reverse of the titanium case features further laser-engraved distressing and each watch in the edition is individually numbered as a ‘One of 100 Limited Edition’. 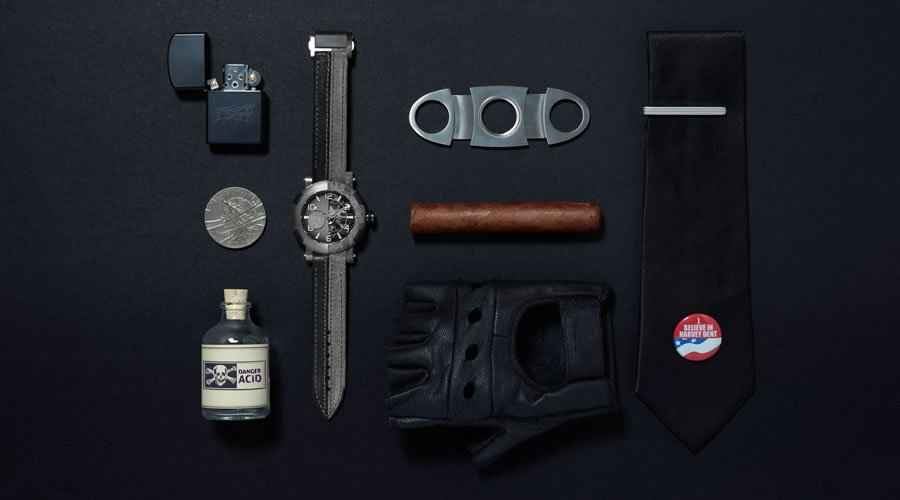 As part of the collectors’ edition, each watch will be presented with an exclusive Two-Face coin, specially struck to commemorate the creation of the watch.