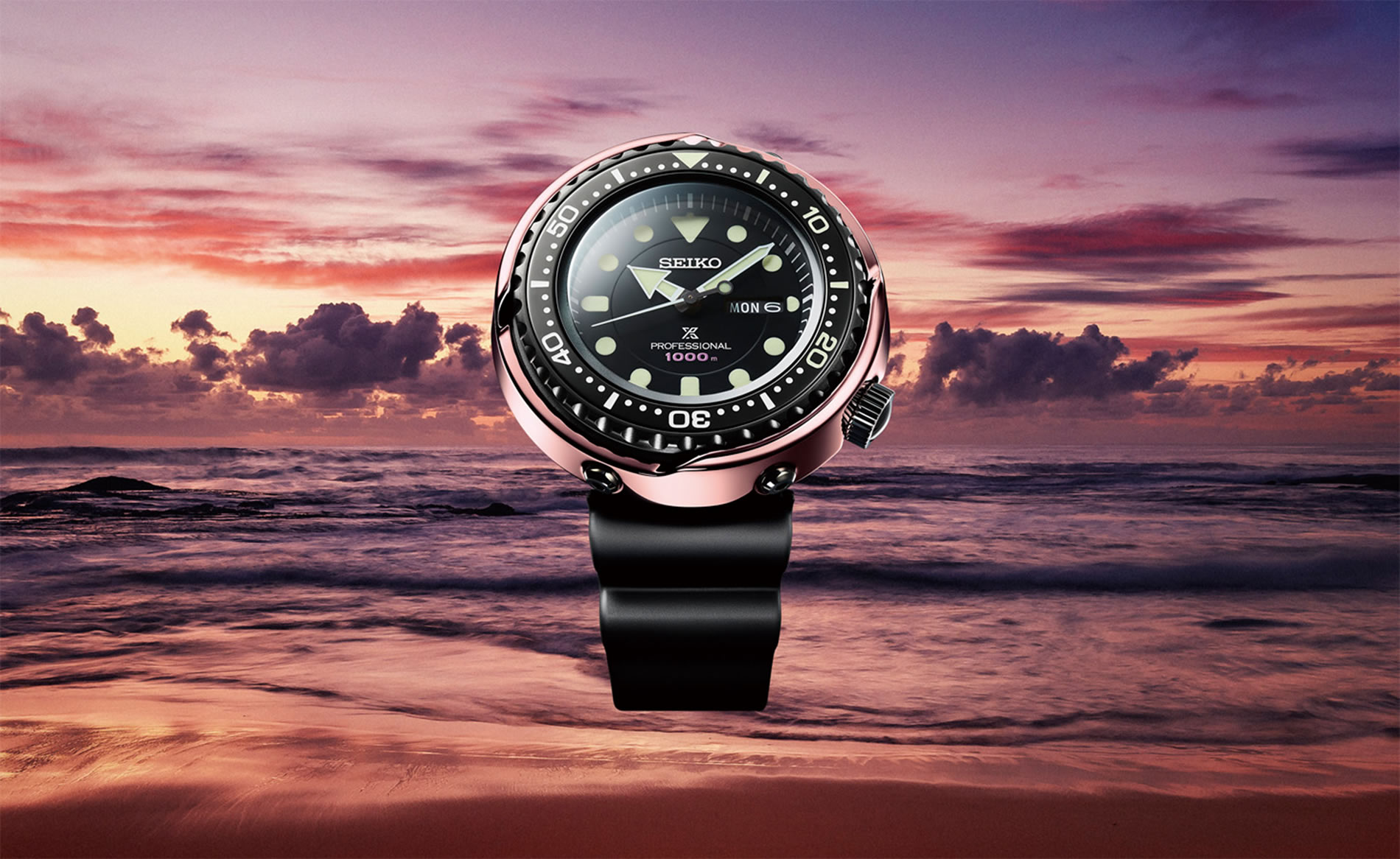 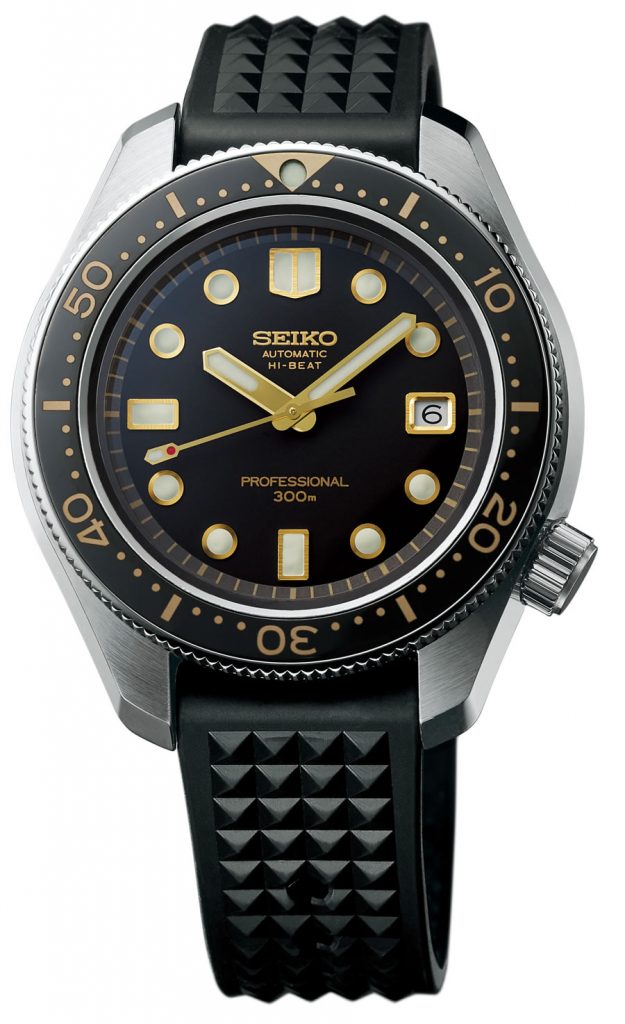 A Seiko classic is received in Prospex

The 1968 Automatic Diver’s Re-creation Limited Edition
In 1968, just three years after Seiko’s first diver’s watch was made, Seiko’s engineers raised the bar with a Hi-Beat diver’s watch with 300 meter water resistance that was one of the foundation stones on which Seiko’s future diver’s watch development was based. It had a 10-beat high precision automatic caliber, a one-piece structure, screw-down protection crown and unidirectional rotating bezel.

The 1968 original was for air diving while this new re-creation is specified for saturation diving. Like the original, it features a one piece case construction and a flat case back. It incorporates Caliber 8L55 which was specially designed for diver’s use and is made by Seiko’s skilled craftsmen and women in the Shizukuishi Watch Studio in Morioka in Northern Japan. Every detail is of the highest quality; Zaratsu polishing gives the lug sharpness and beauty, a dual curved sapphire crystal ensures high legibility, and the strap is made of the latest high strength silicone. The markers have polished edges and those at 12, 6 and 9 are also different in design to ensure that time is read without error even 300 meters down. 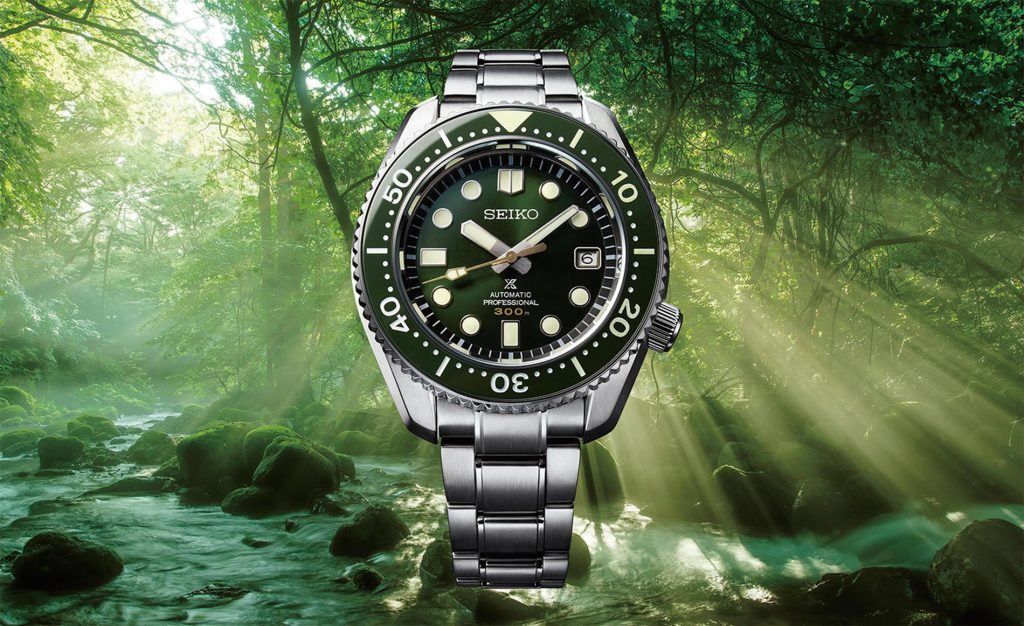 A limited edition of 1,968 pays its respect to its forerunner

The diving paradise of Yakushima inspires a second commemorative version
The same professional specifications are also to be found in a second new creation that commemorates the 1968 diver’s watch. Its signature feature is the deep green color of the dial and bezel. This rich shade of green reflects the lush tones of the ancient cedar trees on the island of Yakushima at the southern end of the Japanese archipelago. As well as being a World Natural Heritage Site because of its forests, Yakushima is a much loved destination for the diving community, thanks to its crystal clear waters, coral reefs and abundant marine life. Durability and strength are the watchwords; the zirconia ceramic bezel is highly resistant to scratches and shocks, the stainless steel case has a super-hard coating and the sapphire crystal has an anti-reflective coating both inside and out. The 5, 10, 15 and 20 minute markers on the bezel are painted with a specially powerful LumiBrite to increase the legibility of the rotating bezel and, thereby, the diver’s safety. In addition to the steel bracelet, a high strength silicone strap also accompanies the watch.

A modern re-interpretation of the 1968 automatic diver’s

Two other new Prospex watches commemorate the 1968 original. They echo its design but are executed in a modern style, with a thinner bezel and more contemporary hands. One is all stainless steel while the other features a silicone strap. Both are 200 meter water resistant and incorporate the 6R15 caliber which gives the case a slim profile.

A re-creation of the world’s first quartz saturation diver’s watch, 1978 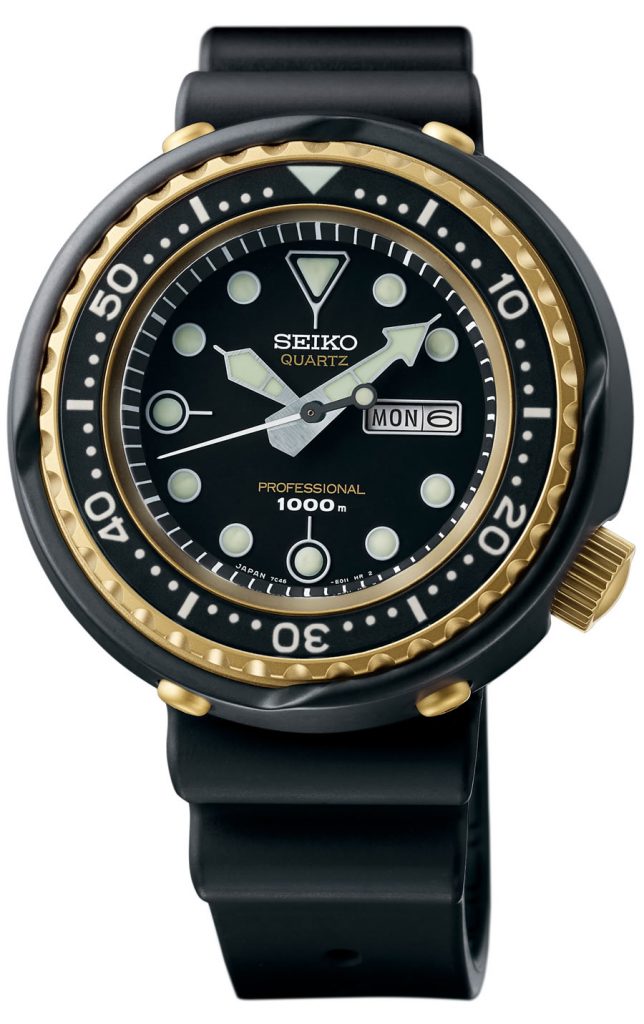 To commemorate the 40th anniversary of Seiko’s invention of the world’s first professional quartz diver’s watch, this landmark timepiece is faithfully re-created in design but re-invented with Seiko’s latest technology and materials. The case construction and dial layout are loyal to the orig- inal, as are the unique hour markers and the crown, while the water resistance has been increased to 1,000m. The outer case material is zirconia ceramic which is seven times harder than steel protecting the case from shock. It features all the innovations that Seiko brought to diver’s watches in the 1970’s, including the double layer construction with one piece inner case, the L-shaped gasket for helium resistance and the accordion-style strap. This new commemorative version is offered with a high-strength silicone strap for enhanced wearability both outside a wetsuit and directly on the wrist. 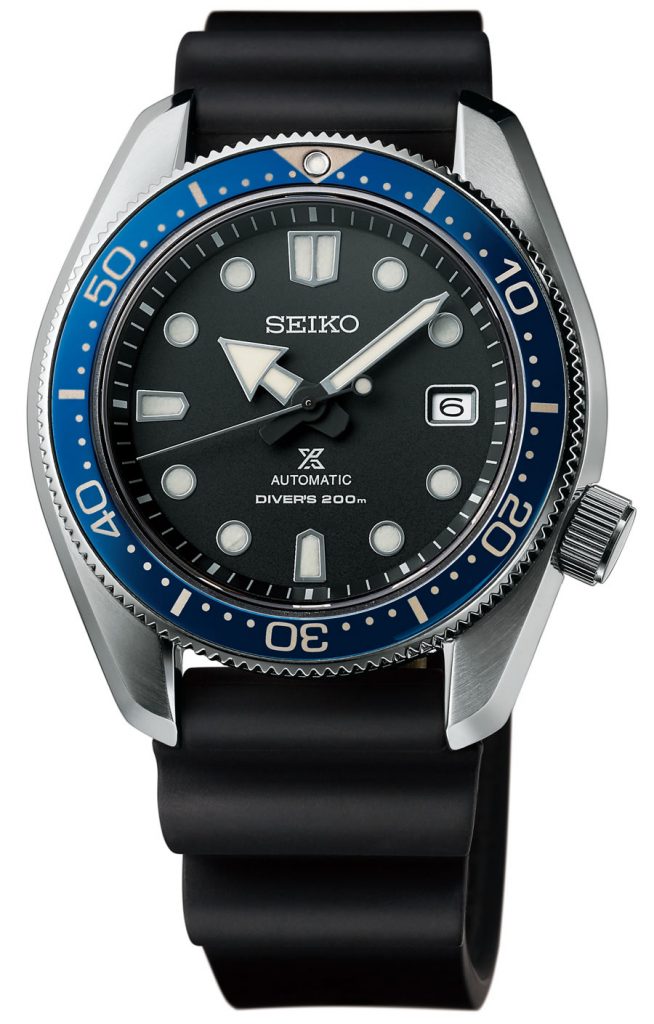 The diving paradise of Yakushima inspires a second commemorative version
The same high specifications are all available in this commemorative edition of the 1978 original. It differs only in the use of Cermet for the outer case. This material is eight times harder than steel offering an even higher level of shock protection but also allows the creation of a unique metallic finish. It is presented in a violet gold tone, inspired by the magical light that plays over the ocean at sunset.

*A Cermet is a composite material composed of ceramic and metal materials. It has all the hardness, abrasion resistance and heat resistance of ceramic as well as the toughness typically associated with metal.