Panerai vs. Omega: Which is the Better Luxury Watch Brand? 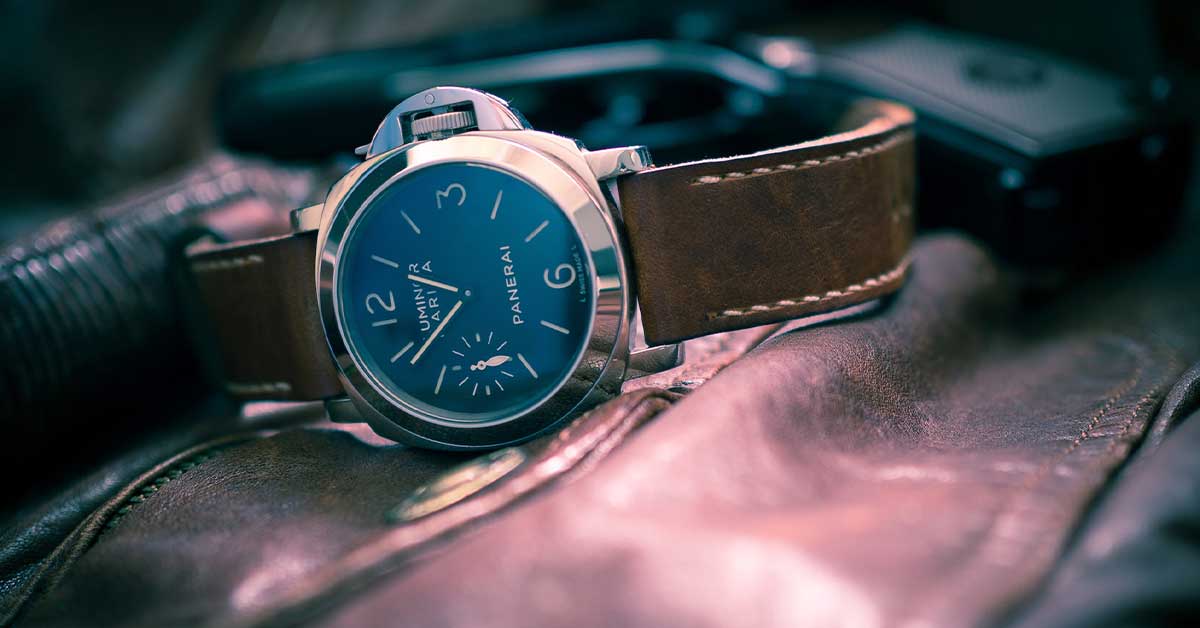 When trying to pick one of the two iconic watch brands to buy, you could face an uphill task to determine which one is the best. Each of the brands has unique features that can set them apart. A physical comparison may not be enough for you to set them apart. This is the case for Panerai vs. Omega.

Panerai, a legendary Italian watch brand that became famous in 1995, has an outstanding design for making its timepieces. Omega is a worldwide brand that needs a minimal introduction.

Endorsed by several Hollywood stars and celebrities, there’s no doubt why it is a top performer. To help you have an easy time making a choice, we will compare some key features of Panerai vs. Omega.

The Italian brand became famous for its incredible signature cushion-shaped cases in their two flagship watch models, Radiomir and Luminor. Each model has gone through a series of redesigns and improvements that made them even better throughout the years.

Although Panerai has maintained its unique design over the year, it has featured additional upgrades in technology. This brand boasts of pioneering a radium-based luminous dial, an innovation first seen in its Radiomir watch series in 1938.

Over the years, the brand had grown in fame, coming to light mostly in the ‘90s when famous actors like Arnold Schwarzenegger and Sylvester Stallone wore the watches in their movies. To date, Panerai has partnered with several celebrities and brands like Ferrari.

Staying in the market for more than 170 years since its establishment speaks volumes. The brand has grown over the years and has elevated itself as one of the world’s leading luxury watch brands.

Omega is known to be a member of the exclusive club, producing some of the most popular series in the watch industry. Omega timepieces have been worn by scientists on a trip to the moon.

Divers have also worn it into deeper depths of the oceans. It also topped the Geneva Observatory Trials, which is the horology Olympics.

Panerai’s new timepieces cost between $4,800 and $5,800. Used watches price range is between $4,100 and $5,300. This luxury brand produces enough pieces to meet the demand and is available in authorized dealer shops worldwide.

It is also essential to know the price that you can sell your watch in the future. The resale value depends on several factors, such as the watch’s overall condition, model, and demand. However, watch brands also have different resale values compared to others. In this area, Omega shines brighter than Panerai.

It dominates the pre-owned timepiece market with its limited-edition models and its overall popularity. Omega loses 20% to 40% of its value in the first year, while Panerai can lose 50%.

Of the two watch brands, Omega is way ahead of Panerai in brand recognition. There are higher chances of people, even strangers, recognizing an Omega watch compared to Panerai.

Some people buy Omega because they love such reactions and recognition. But some may prefer a luxury brand that is less known and go with Panerai.

Most luxury watch brands have exceptional accuracy on their timepieces. Both brands are certified by COSC (Official Swiss Chronometer Testing Institute) and undergo additional tests, meaning they exceed the highest standards of the COSC. Both brands take testing and accuracy very seriously by testing their timepieces externally and internally.

Both Omega and Panerai have several models under their names. Both also have very famous and popular models that are very important for them. These models have been in existence for years, with additional improvements and redesigning over the years.

For Omega, the most iconic models include the Speedmaster and the Seamaster. For Panerai, the most recognized and also flagship models are the Radiomir and the Luminor.

These models hold great history for each brand. You will not just be proud to wear them. You will be proud to be part of the history they represent.

Apart from the popular models, there are several different models from each brand that offers you a wide variety for you to choose from.

Both Panerai and Omega have a great history. However, Omega is arguably the most known as the official watchmaker for NASA missions, and it was the first watch to be worn on the moon.

In 1936, on the eve of WWII, Panerai created its prototypes of the model now popularly known as Radiomir for the frogman commandos. This was the First Submarine Group Command of the Royal Italian Navy. Just ten pieces were manufactured at that time.

Both watch brands are recognized and worn by the world’s celebrities, with Omega having a slight edge.

It is acceptable to say that none of the Panerai in-house movements can outperform a modern Omega movement that is so accurate and way beyond the COSC standards. Omega passes its timepieces under eight different tests for accuracy.

This aspect can be hard to compare, but when we use the prices to compare the build quality, we can get a winner. Omega watches have higher prices compared to Panerai. We can also assume that these prices represent quality. So Omega should have the higher build quality and quality control than Panerai.

This is an important comparison for you to make if you are a deepsea diver. Panerai’s watch model with the highest depth for diving is the Panerai Submersible PAM00973. This model is water-resistant up to 300 meters.

Both Panerai and Omega have worked hard to ensure their mechanical watches are accurate as possible.  You may have noticed that most Omega watch models feature the term Master Co-Axial Chronometer, or Master Chronometer.

mega tests and certifies their timepieces in a lab called METAS for several aspects, such as magnetic exposure up to 15,000 gausses.

On the other hand, Panerai has an automatic mechanical movement introduced in its latest Panerai Submersible Amagnetic PAM01389. This movement provides magnetic field protection of up to 500 gausses. You can see that Omega is way ahead here.

Omega watch prices are higher than Panerai. While you can find the Panerai watch model selling for $4,400 (PAM 000), you will find that Omega’s cheapest model sells for $5,900 (Omega Seamaster Planet Ocean).

What is so Special about Each Brand?

Omega boasts of 170 years of existence and 70% recognition worldwide after Rolex. Omega timepieces have been used to record the planet’s history on the moon, have been worn in the oceans’ depths, and are worn by the world’s most famous individuals.

Panerai brand is credited for trending larger-sized watch cases in the world. It has supplied watches to Italian and Egyptian Navies. It never produces enough to meet the demand. Maybe it understands that “scarcity brings value.”

Conclusion: Panerai vs. Omega- Which Brand is Better?

Panerai and Omega are both well-respected luxury watch brands. With a unique design for its flagship models, the Panerai watch can easily be recognized. With 70% recognition worldwide, in addition to its modernity and high-end features, Omega will surely need no introduction anywhere. Between the two, Omega is the best, with its improved features and capabilities. 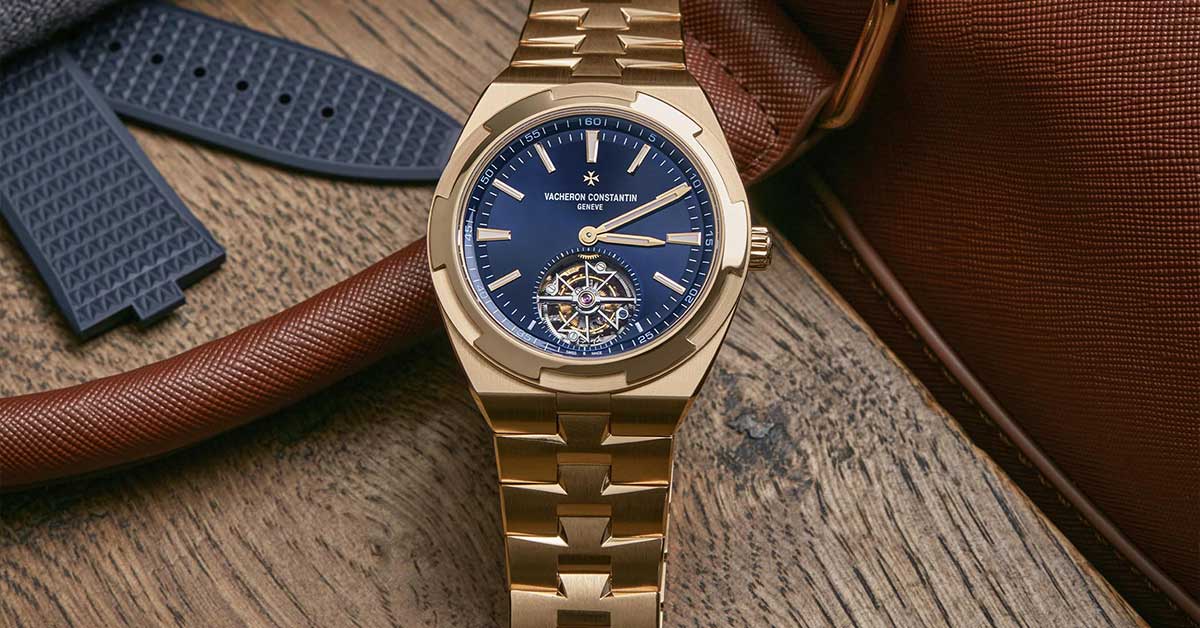 Patek Philippe vs. Vacheron Constantin: Which is the Best Luxury Watch Brand?
September 25, 2022