Patek Philippe vs. Lange Sohne: Which Is the Better Luxury Watch Brand? 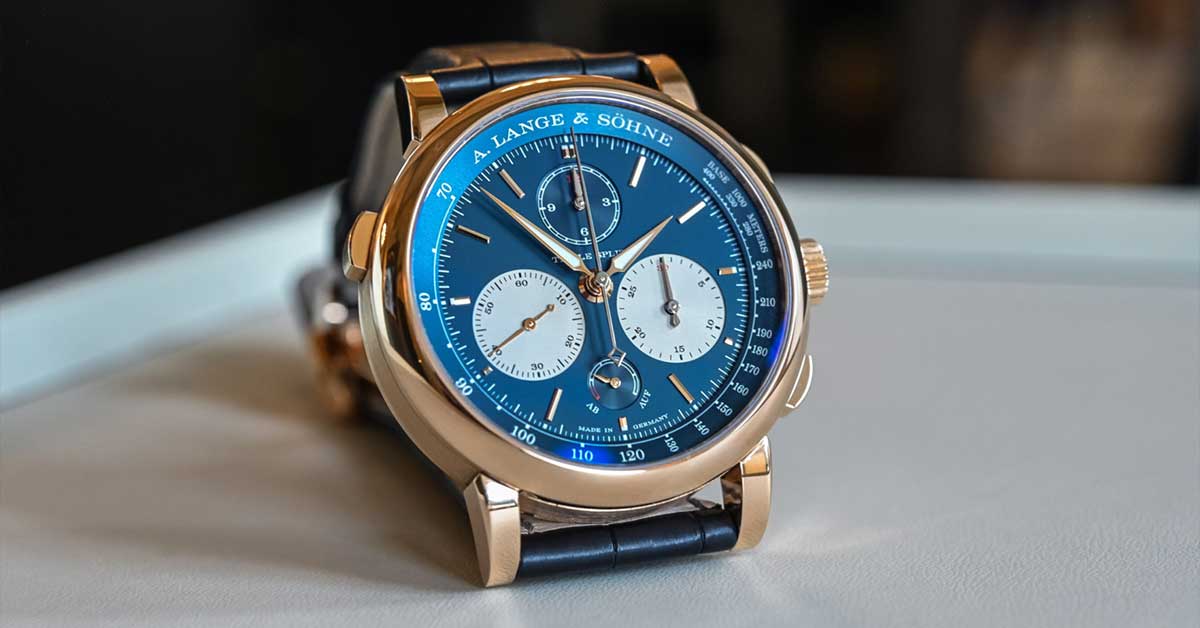 Microsoft and Mac, Android and iPhone, or Ronaldo and Messi – the list of brand comparisons done daily are endless. It is a common phenomenon within the creative and manufacturing industry. Consumers, critics, and experts constantly compare brands and products to determine their similarities, differences, or superiority.

These evaluations influence consumers’ choice of products to purchase, and it also drives manufacturers to innovate and produce merchandise that is better than that of their competitors. Two brands that frequently go head-to-head in the luxury watch industry are Patek Phillipe and Lange Sohne.

At Exquisite Timepieces, we frequently receive questions about these two brands asking which makes better watches. This article was written with these questions in mind, and hopefully, it will help put those questions bothering you about the two brands to rest.

The history of a brand plays a huge part in how people view the brand. Patek Philippe and Lange Sohne are both brands with rich histories, and no comparison can be made between these two without first considering their heritage.

During the French Industrial Exposition in 1844, Jean Adrien Philippe presented his invention to the world and earned a gold medal. It was during this event that Antoni Patek met Adrien Philippe for the first time.

The Lange Sohne brand’s journey started when Adolf Lange founded A. Lange & Sohne in Glashutte, Germany. After its inception in 1845, Lange Sohne was appointed mayor of Glashutte, and during this period, the company experienced massive growth.

After World War II, the Soviet administration nationalized the A. Lange & Sohne brand, and its major factory was destroyed in a bombing raid. For the next 45 years, nothing was heard of the brand. However, in 1989, Adolf Lange’s grandson, Walter Lange, returned to Germany.

He re-registered the company and began making watches again. Since then, the company has won over 150 prizes from the international horological body. It has also manufactured over 40 new in-house movement systems.

In comparing Patek Philippe vs. Lange Sohne, we see that great minds developed both brands. They both weathered several storms that affected their growth and finally came out on top to become leaders in the luxury watch industry.

Neither Patek Philippe nor Lange Sohne has a better history than the other. Both brands have stayed true to their deep cultural attachment and their founder’s dream since their inception.

When it comes to design and innovation, the battle between Patek Philippe and Lange Sohne only intensifies. Both brands have done exceptionally well for themselves, and on a daily basis, they keep striving to excel better in design.

In its over 180 years of existence, Patek Philippe has innovated many firsts in the luxury watch industry. In 1889, it invented the perpetual calendar. In 1902, it developed the split-second chronograph in pocket watches, and in 1996, it created the annual calendar.

From 2003 to 2007, the company worked on advancing the use of silicon in making hairspring escapement. In 2017, it invented a compliant mechanism for the second time zone based on advanced Aquanaut Research.

Beyond all these, Patek Philippe has also patented several movement mechanisms, materials for the design of various watch parts, and other types of technologies. In a similar light, Lange Sohne has proven itself as a brand that innovates.

Remember that the company was once destroyed, but it reopened in 1990. Ever since then, the brand has created some firsts in the horological world. Among its inventions are the zero-reset second hand in 1997, double split chronograph in 2004, the first mechanical watch to display the time digitally in 2009, and the triple split chronograph in 2018. It has also patented several other designs since 1990.

If we consider that A. Lange Sohne began the reproduction of watches in 1990, we would be forced to declare them the winner of this round. However, both brands have done excellently well for themselves in innovating and designs.

Luxury watches are particular about precision and accuracy, and in the battle between Patek Philippe vs. Lange Sohne, it is a very close one. Patek Philippe developed the seal, which allows its watches with calibers over 20 mm to stay accurate to about -3 to +2 seconds in 24 hours and those below 20 mm to have an accuracy of -5 to +4 seconds in a day.

On the other hand, A. Lange Sohne has some of the most accurate watches in the industry. Saxonia models are said to have an amazing +3 seconds in seven days accuracy.

Another model, the Lange 1, has an accuracy of -2/+2 seconds in 24 hours. Officially, Lange Sohne watches have an average of +-3 seconds per day, higher than the COSC standard. As far as precision is concerned, both brands are tied.

A lot can be written about the acceptability of Patek Philippe. When anyone announces that they are wearing a watch made by Patek, or if someone spots it on them, it is sure to raise eyebrows. This is not just because Patek Philippe makes luxury watches, but also because the brand has become associated with class, elegance, and is highly recognized.

On a couple of occasions, Patek Philippe’s product has appeared in Hollywood blockbuster. Ryan Gosling wore a Patek Philippe watch in The Driver, and several Patek watches were worn in the 2018 series, Billions.

This is a testament to how much recognition and acceptance that Patek Phillipe has garnered over the years. Celebrities and business executives have also joined the Patek Philippe train. A few notable mentions are Drake, Ellen Degeneres, Jason Statham, and Conor McGregor.

Beyond this, the Patek Philippe brand has won several awards from international bodies and business organizations. Of notable mention of such awards includes the WOW award in 2018, the Watchpro leadership award in 2019, and the Bloomberg Business award in 2020.

Lange Sohne’s brand isn’t far behind when it comes to recognition and acceptability. From the inception of the brand, it has been the choice of elites and royalties. Even today, celebrities such as Brad Pitt, Ed Sheeran, Leslie Roy Moonves, and Russian president Vladimir Putin still own a Lange Sohne watch.

Business executives and leaders of world-class organizations also love Lange Sohne. In the world of watchmaking, Lange Sohne has won over 150 awards since its re-creation. However, if we are forced to choose between Patek Philippe and Lange Sohne regarding acceptance and recognition, Patek would have to be declared the winner.

This doesn’t mean that Lange Sohne is less accepted or recognized, but Patek Philippe has done such good publicity for its brand that it is known worldwide. Lange Sohne, on the other hand, is conservative with publicity.

The price and resale value of a watch are some of the factors that determine if consumers would purchase them or not. Often, the history behind a watch and that of the person who owned it determine the resale value.

Patek Philippe makes luxury watches for the elite. To acquire a Patek Philippe watch, one would spend an average of $19,000. Currently, Patek Philippe Grandmaster Chime Ref. 6300A-010 holds the world record for the most expensive watch in the world after it sold for $31 million.

In contrast, the cheapest A. Lange Sohne sells for about $17,800 while the most expensive goes for $852,000. Clearly, Patek Philippes cost more than Lange Sohne watches.

The Patek Philippe brand is about 181 years old, and a lot of the watches produced in that time frame are no longer in production. Due to the vintage nature of some of Patek’s watches and the scarceness of some, the resale value of most Patek Philippe watches is high.

The demand for these vintage watches is also high and thus contributes to the resale value. Unless it’s a Lange Sohne from before the nationalization of the company after World War II, it can’t fetch as much as a Patek Philippe in resale. However, remember that Lange Sohne’s recent watches are still young. In the near future, their resale value might increase and cost a fortune.

The Patek Philippe vs. Lange Sohne debate can drag on for as long as anyone wants to compare. Each brand has its pros and cons. Irrespective of this, the taste of consumers is constantly changing. It is these individual differences that determine which brand they prefer.

However, based on this article and our analysis at Exquisite Timepieces, we conclude that Patek Philippe is a little better than Lange Sohne. 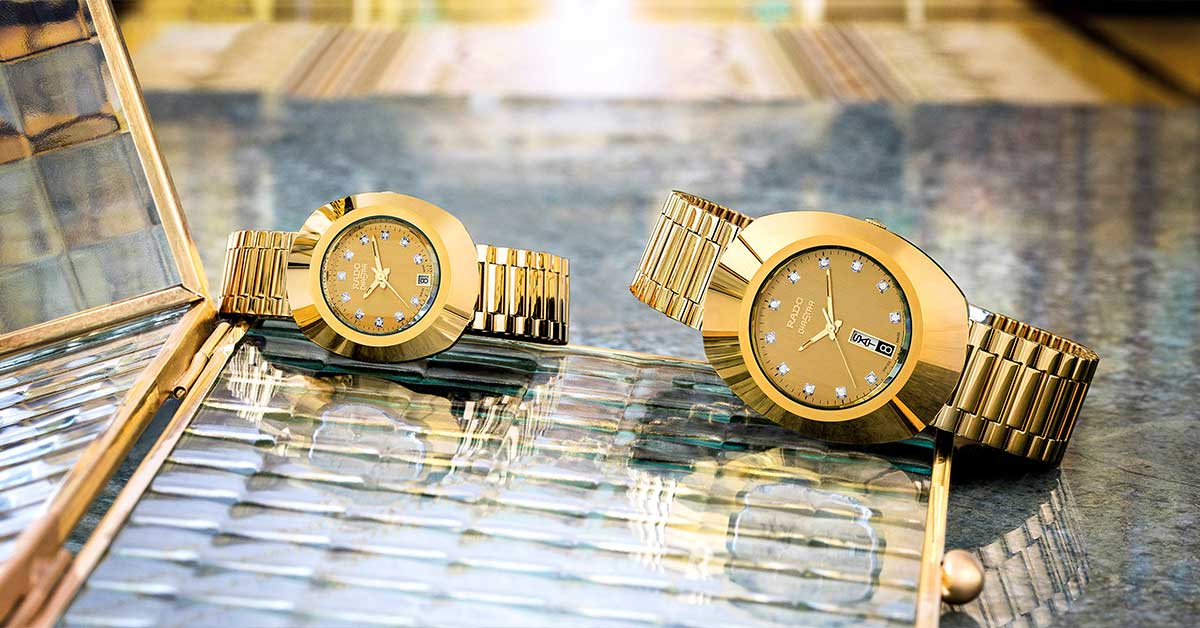 Longines vs. Rado: Which is the Better Luxury Watch Brand?
September 7, 2022