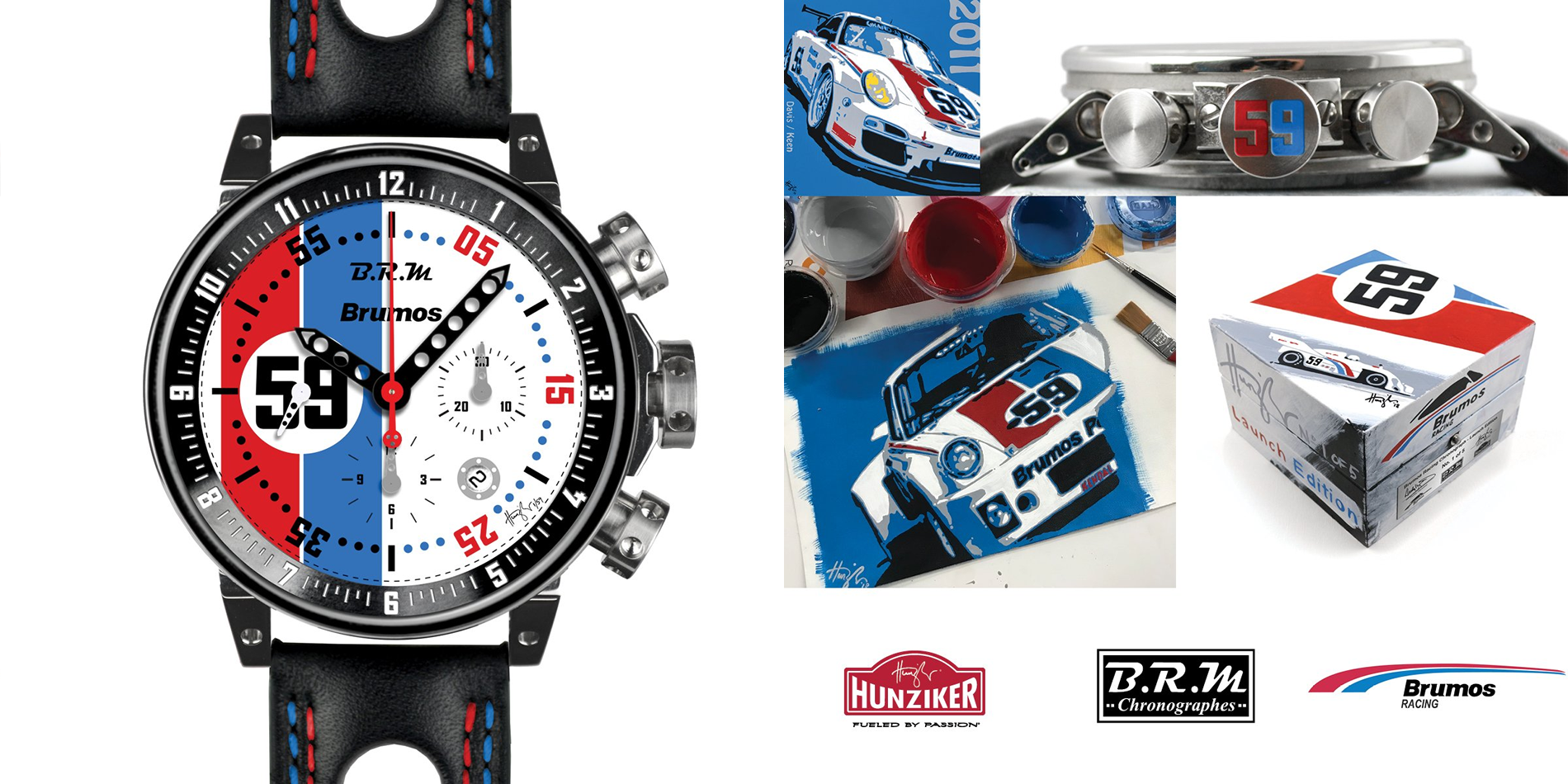 Introducing an exclusive series of 59 custom chronographs, the next collaboration from BRM X Hunziker is built around the Brumos Racing legacy.

BRM Chronographes and automotive fine artist Nicolas Hunziker are set to release their next collaboration with the launch of a limited-edition Brumos Racing Chronograph. Honoring a legend more than 60 years in the making, the bespoke timepieces were developed alongside Brumos owner Dan Davis, who acquired Brumos in 1990, and iconic Brumos driver Hurley Haywood, who will lend his signature to the custom boxes created for each watch. 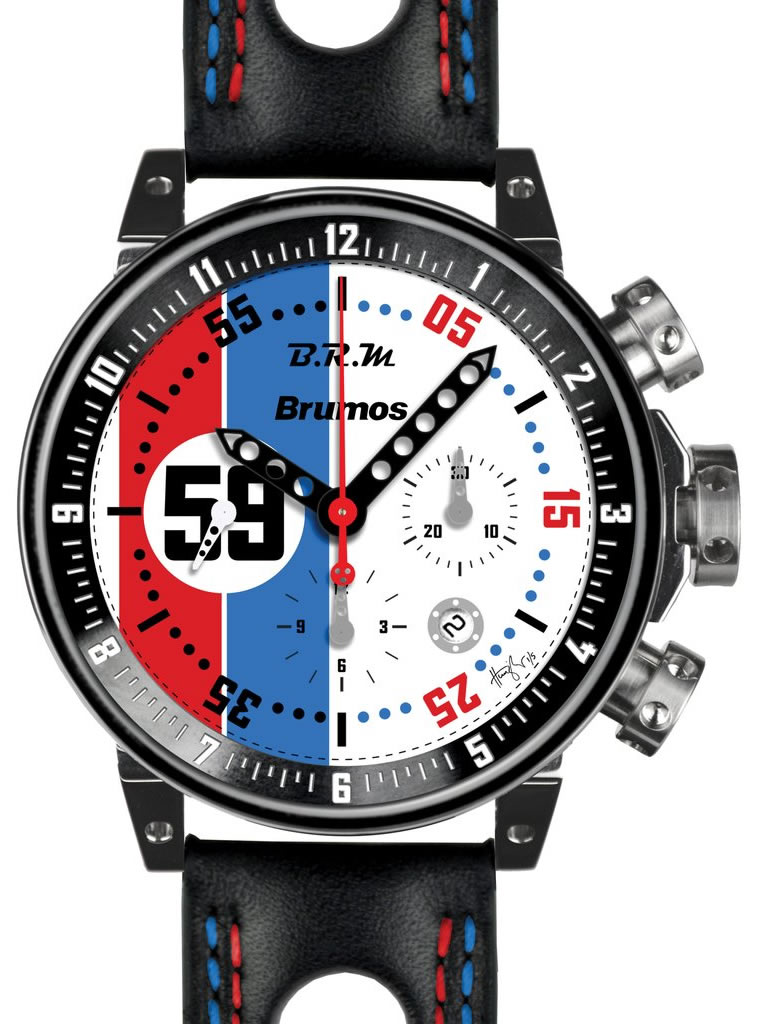 Brumos was established by Hubert Brundage in the mid 1950s and later purchased by the late Peter Gregg in 1965. Haywood was brought on board after outpacing Gregg while testing what became their first Porsche. The long-time friends won the 24 Hours of Daytona in 1973 and 1975, and Brumos would eventually claim four victories in the historic race. Haywood went on to become the most successful driver at the 24 Hours of Daytona with five total wins; he also captured three wins at the 24 Hours of Le Mans and two wins at the 12 Hours of Sebring throughout a storied career that spans over five decades.

Following the sale of his Brumos Porsche Dealership in 2015, Davis retained the rights to Brumos Racing and the Brumos Collection. Now, he is preserving and expanding the Brumos legacy beyond the track through initiatives including the inaugural watch collection coming out in Summer of this year. 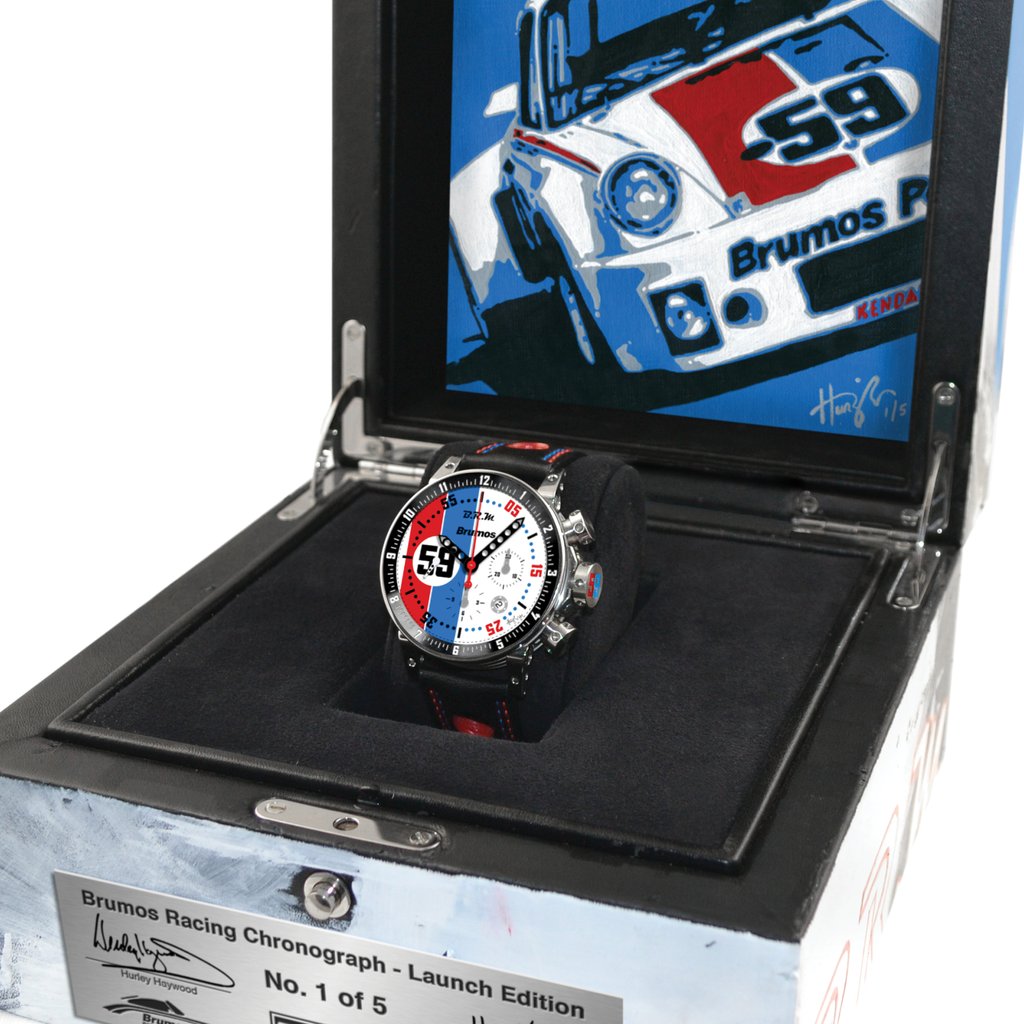 “Brumos is an iconic racing brand that is known globally as a result of the racing success enjoyed by the Brumos Racing team, of which I am very proud to have been a member. It is a brand that has reflected the best in auto racing from the early days of Hubert Brundage to its reactivation under Dan Davis. I am excited to see the Brumos brand celebrated and continued through this affiliation with BRM and Nicolas Hunziker and the creation of these collector chronographs,” noted Haywood.

“It’s a great honor to partner with a motorsports icon like Brumos Racing. This is the fruit of our passion; it’s BRM’s DNA. Adding Nicolas Hunziker’s artistic touch was the perfect collaboration for this project, and I’m grateful to Hurley, Dan and Nicolas for this opportunity.”

Hunziker added, “Over the last decade I’ve been very fortunate to work on a lot of different projects with many prestigious brands such as Porsche, McLaren, Le Mans, Gulf and McQueen. To be able to add Brumos Racing to that list and to collaborate with Hurley and Dan Davis is a definite highlight. They have such a rich and colorful history – it’s literally a dream come true for a visual artist like myself. BRM is the perfect partner, they’re open to creativity and always find a way to engineer authentic touches into every timepiece they make. I hope that my passion for this project comes through in the final product.” 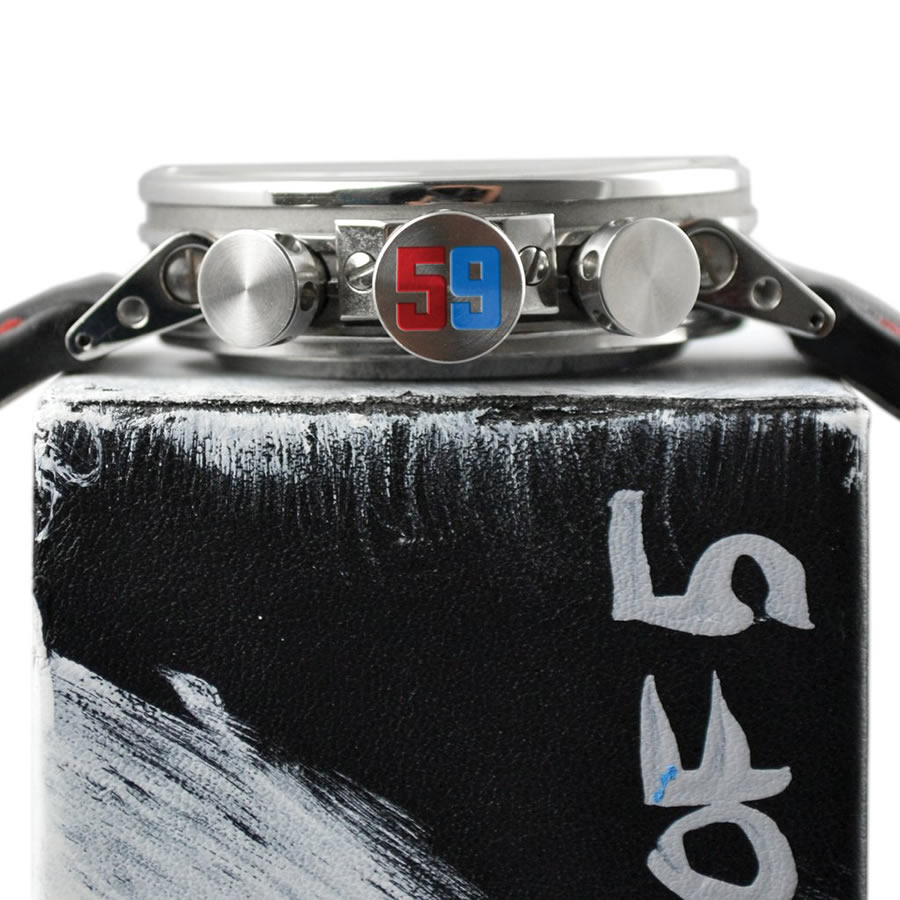 President of BRM Americas, Frederic Gasser, concluded, “It’s a great honor to partner with a motorsports icon like Brumos Racing. This is the fruit of our passion; it’s BRM’s DNA. Adding Nicolas Hunziker’s artistic touch was the perfect collaboration for this project, and I’m grateful to Hurley, Dan and Nicolas for this opportunity.”

Only 59 Brumos Racing Chronographs will be released in recognition of the famed ‘Brumos 59’ livery, which was designed by Gregg and inspired by his Naval background. The V12-44 series features signature elements engineered by BRM to reflect the Brumos ethos and hand-drawn dials by Hunziker; the timepieces will here and pre-orders are now open. 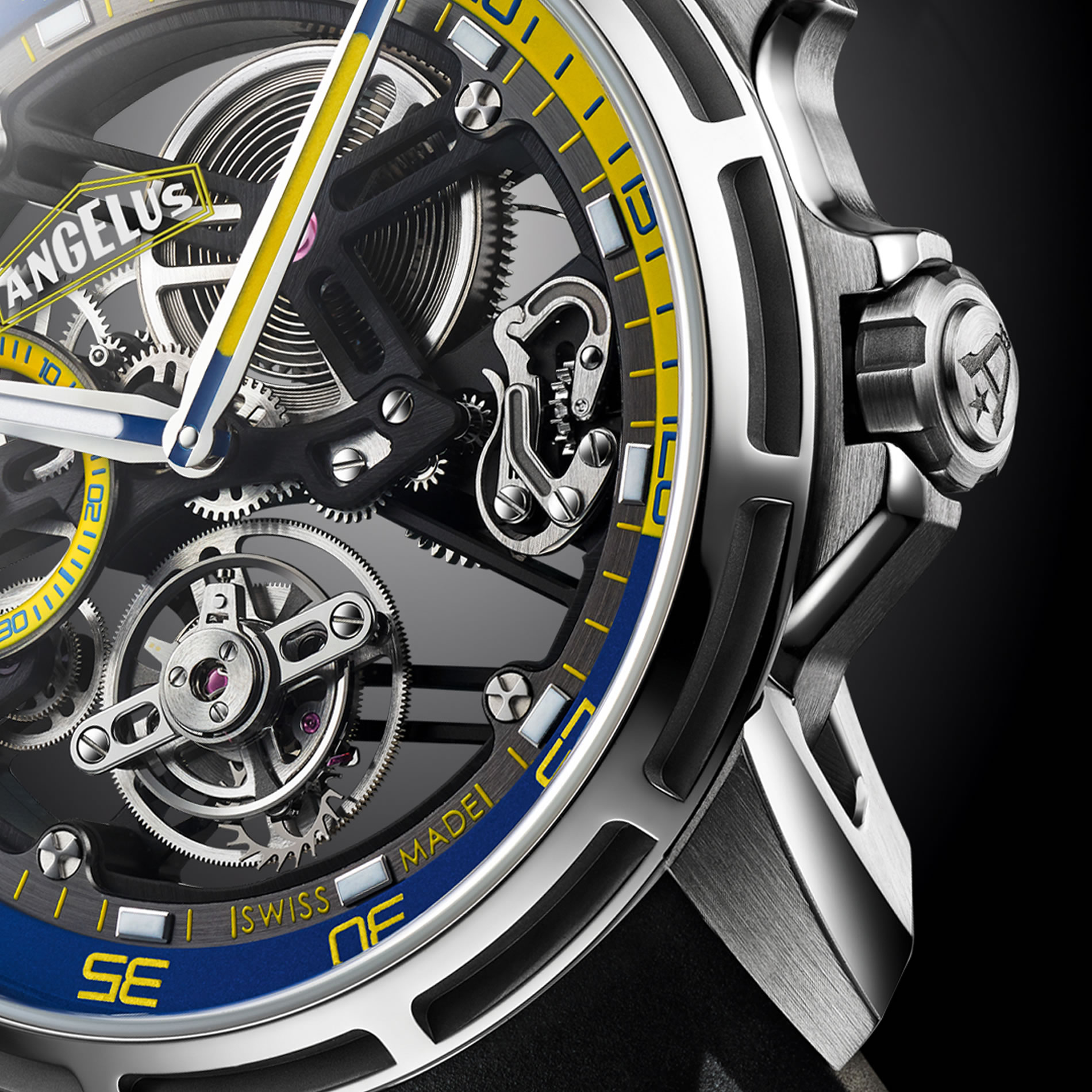 Angelus reaches new depths far below sea level with its first diver’s watch, the U50 Diver Tourbillon.
May 17, 2018