2019 saw one man achieve the impossible. It is unlikely in this lifetime that anyone will complete something of the magnitude that Bremont Ambassador Nirmal ‘Nims’ Purja MBE accomplished in just 6 months and 6 days. Nims firmly took his place in mountaineering history when he completed Bremont Project Possible, a challenge to summit Earth’s 14 tallest mountains, all higher than 8,000m, in less than 7 months. Smashing the previous record of nearly 8 years and breaking a further 6 world records in the process, it’s arguably a record unlikely to be broken. The 14 mountains all enter the ‘death zone’ at that altitude, so-called because human life cannot exist there. Unphased by the enormity of the challenge, Nims never contemplated failure.

To celebrate this remarkable feat and the ultimate mountaineering goal, Bremont is releasing the Limited Edition Bremont Project Possible. Limited to only 300 pieces, the GMT diver is based on Bremont’s celebrated Supermarine 500. Built from titanium and bronze, the timepiece boasts a dark blue dial with bronze bezel and ceramic blue insert, teamed with bronze hands. Turning the watch over reveals an open case back through which the rotor can be seen which details the heights of each of the 14 mountains, and in the order that Nims summitted them. Even with the sapphire case back it is still water resistant to 500 meters and although built in limited numbers its strength as mountaineering watch has not been diminished. 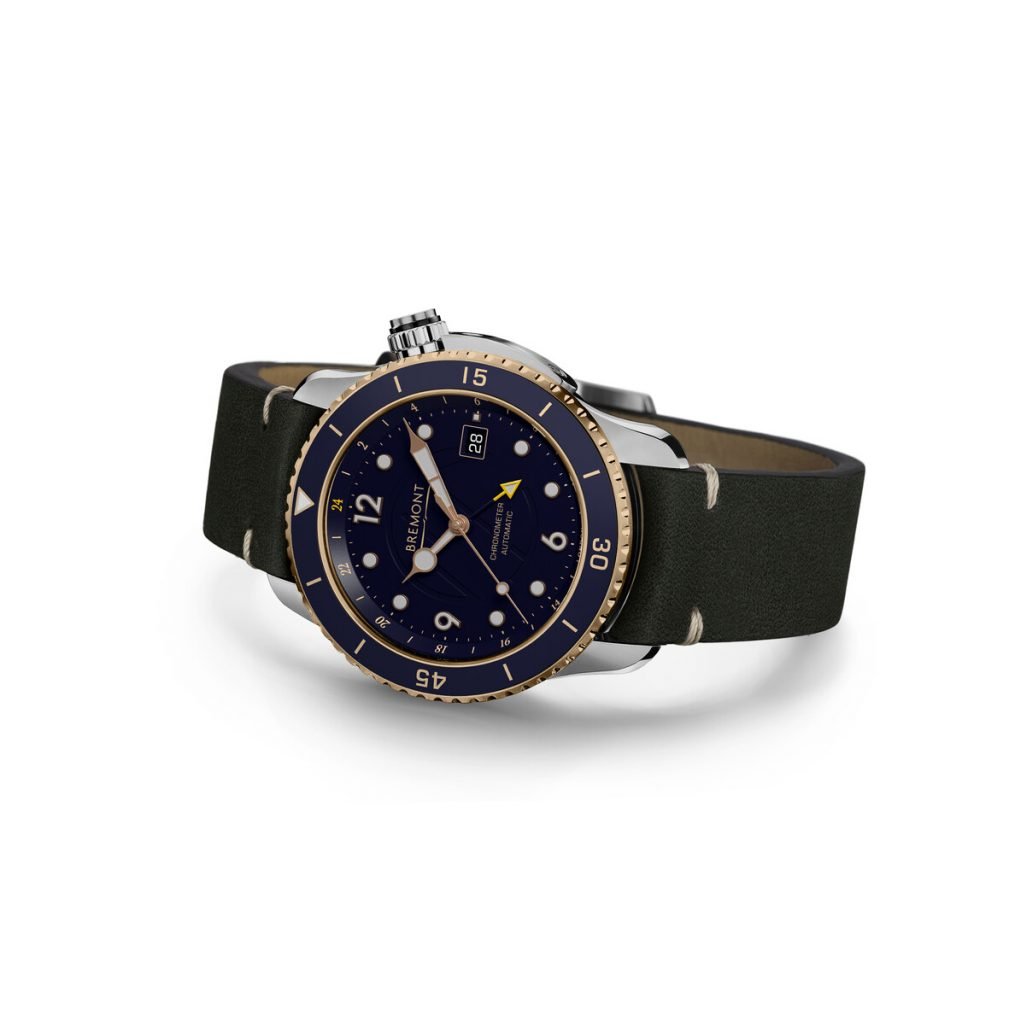 Bremont Co-Founder Nick English comments, “We couldn’t be prouder of Nims in completing Bremont Project Possible. His focus, determination and unwavering self-belief has been utterly inspiring and having him test our watches in these extreme environments speaks to the core of what Bremont has always been about. It only felt appropriate to create a commemorative timepiece for him and for everyone who so closely followed his journey, one that he made look somewhat effortless!”

This is the first time Bremont has incorporated bronze in any of its watches. There is a very large history of bronze being used in the military world (compasses, armaments, maritime naval parts due to resistance to corrosion and saltwater etc), and with Nims’ roots in the British military as part of the Gurkhas and SBS, the use of this material certainly adds to the romanticism of the product. The slightly darker blue dial makes for a truly fantastic combination. 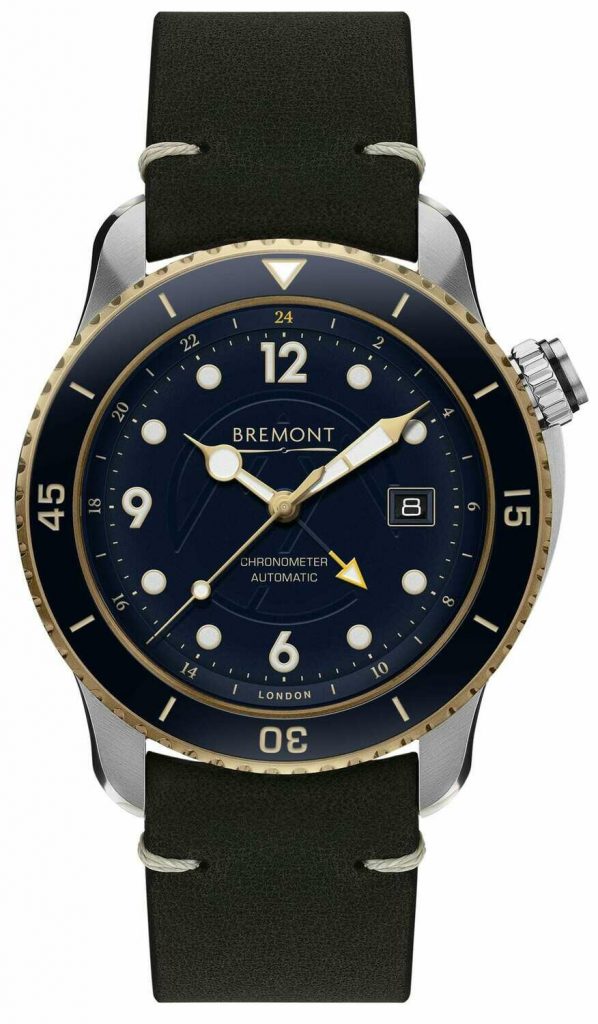 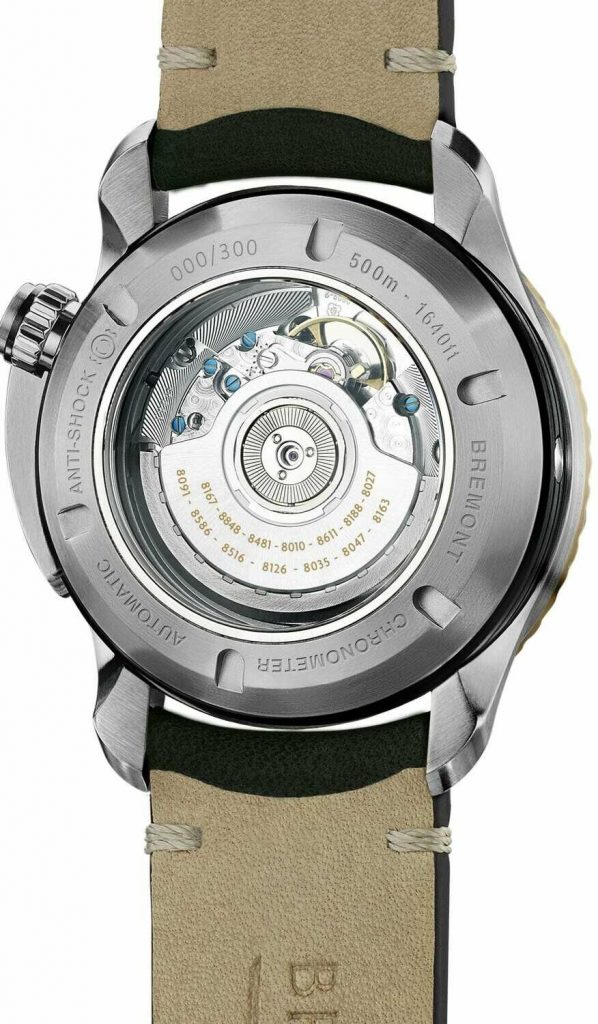 Nims mentions, “I believed in this project and I made sure to surround myself with people who believed in it too. I hope to have shown that anything is possible when you set your mind to it. It was humbling to have Bremont step up to become title sponsor of the project and I’m excited to be releasing this new limited edition with them. Having come from the Gurkhas and the special forces, I love all that Bremont stands for, particularly their extensive work with the military. I wore my Bremont throughout the whole expedition and it was a critical part of my equipment.”

The clock stopped on Nims’ attempt as he reached the summit of Shishpangma on 29th October 2019 at 8:58 hrs local time (00:58 GMT) beating the world record by 7 years 5 months and 8 days. Nims’ incredible achievement consisted of 14 summits in 189 days:

On 23rd April, just days into his world-record attempt and descending Annapurna, Nims led a successful rescue attempt to find fellow climber Dr Chin Wui Kin, who had been separated from an accompanying expedition and left without food, water or an oxygen bottle for 40 hours. On 15th May, having made it to the summit of Kanchenjunga in just 21 hours, Nims and his team rescued a further two climbers from a height of 8,400m and sacrificing their own supplementary oxygen to the climbers in need. Nims has a history of carrying out daring rescues during his expeditions, and in 2016 saved the life of an Indian climber in the Mount Everest death zone, taking her down 500m from an altitude of 8450m single handedly.

Nirmal Purja, known as Nims, is a Gurkha who proudly served in one of the British militaries most distinguished regiments in defence of the United Kingdom. Nims is the first Gurkha to climb Mount Everest while serving the British Military and he is the current holder of multiple World Records for the fastest ascent of double and triple header mountains in the ‘higher than 8000m’ category. Nims was awarded an MBE for his outstanding achievement on high altitude mountaineering.

Bremont is an award-winning British luxury watch brand, manufacturing mechanical watches in Henley-on-Thames, England. Bremont is making considerable investment with its UK watch making and manufacturing and at the end of 2014 launched a new Parts Manufacturing Facility which saw the firm starting to produce its own case and movement components. Co- founded by brothers Nick & Giles English in 2002, Bremont has made a substantial impact on the watch making industry in a very short period of time. The brand remains true to its original principles of: aviation and military, British engineering and adventure. As well as manufacturing watches for some of the most exclusive military squadrons around the world, Bremont continues to play an influential role in revitalising the British watch industry, the birthplace of numerous timekeeping innovations still used today. The brand is now in the top handful of chronometer producers in the world.