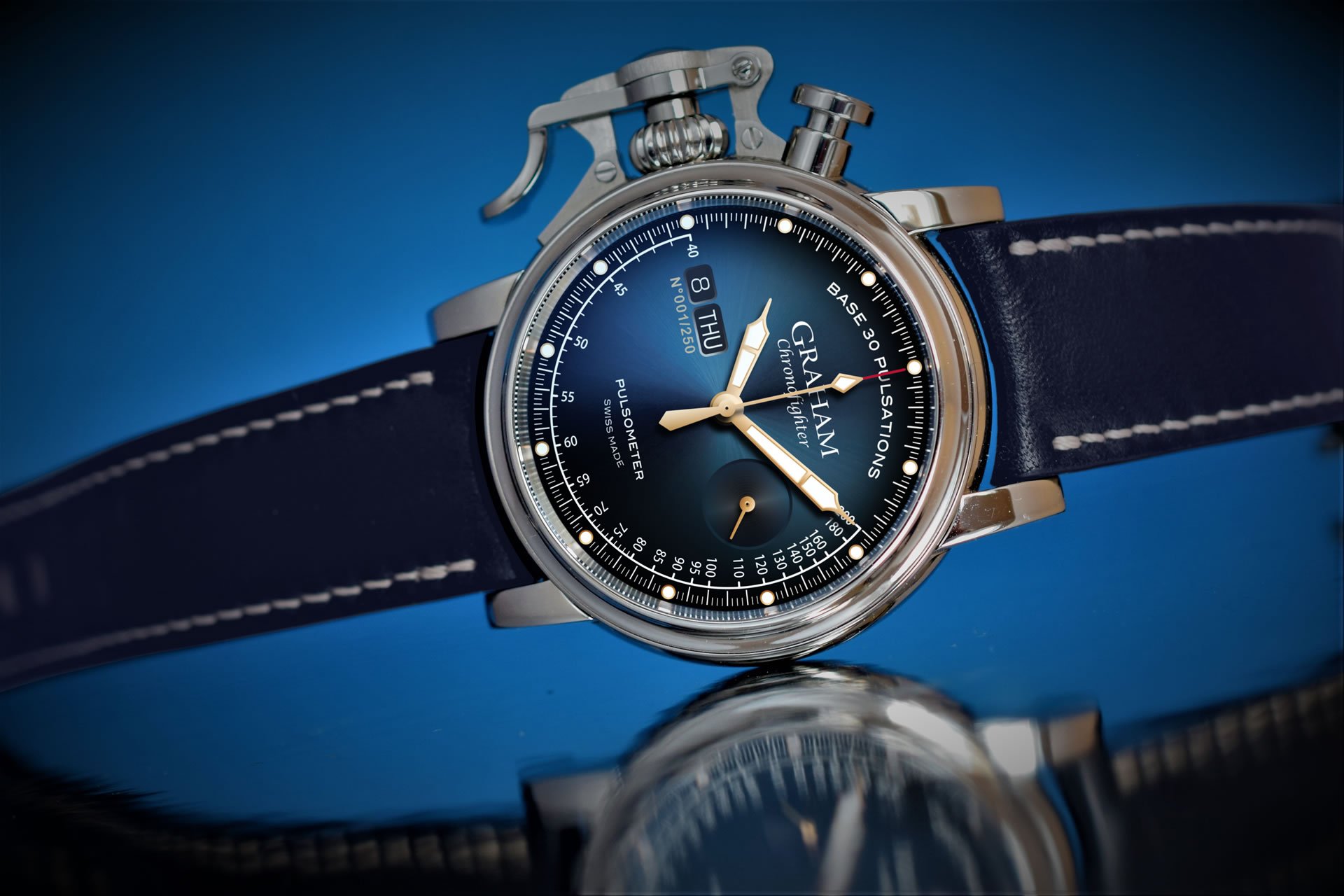 The Graham Chronofighter Vintage Pulsometer Ltd celebrates mechanical innovation and all that jazz.

Graham has proven expertise in feeling the pulse of the times. The latest member of the Chronofighter Vintage range synchronises sophisticated modern horology with the inspirational beat of 1950s Los Angeles. With an integrated pulsometer function, this eye-catching automatic chronograph has the capacity to monitor all rhythms of the heart and soul with great accuracy. It’s able to measure human heartbeats and feels equally at home with the peaks and troughs of electronic house music. The mini-metronome has the potential to make the heart skip a beat in terms of stunning looks, authenticated by the iconic stop-start trigger. Whether syncopated jazz music or motivating gym playlists are on the programme, the Graham Chronofighter Vintage Pulsometer Ltd presents a convincing case for mechanical being the new smart. 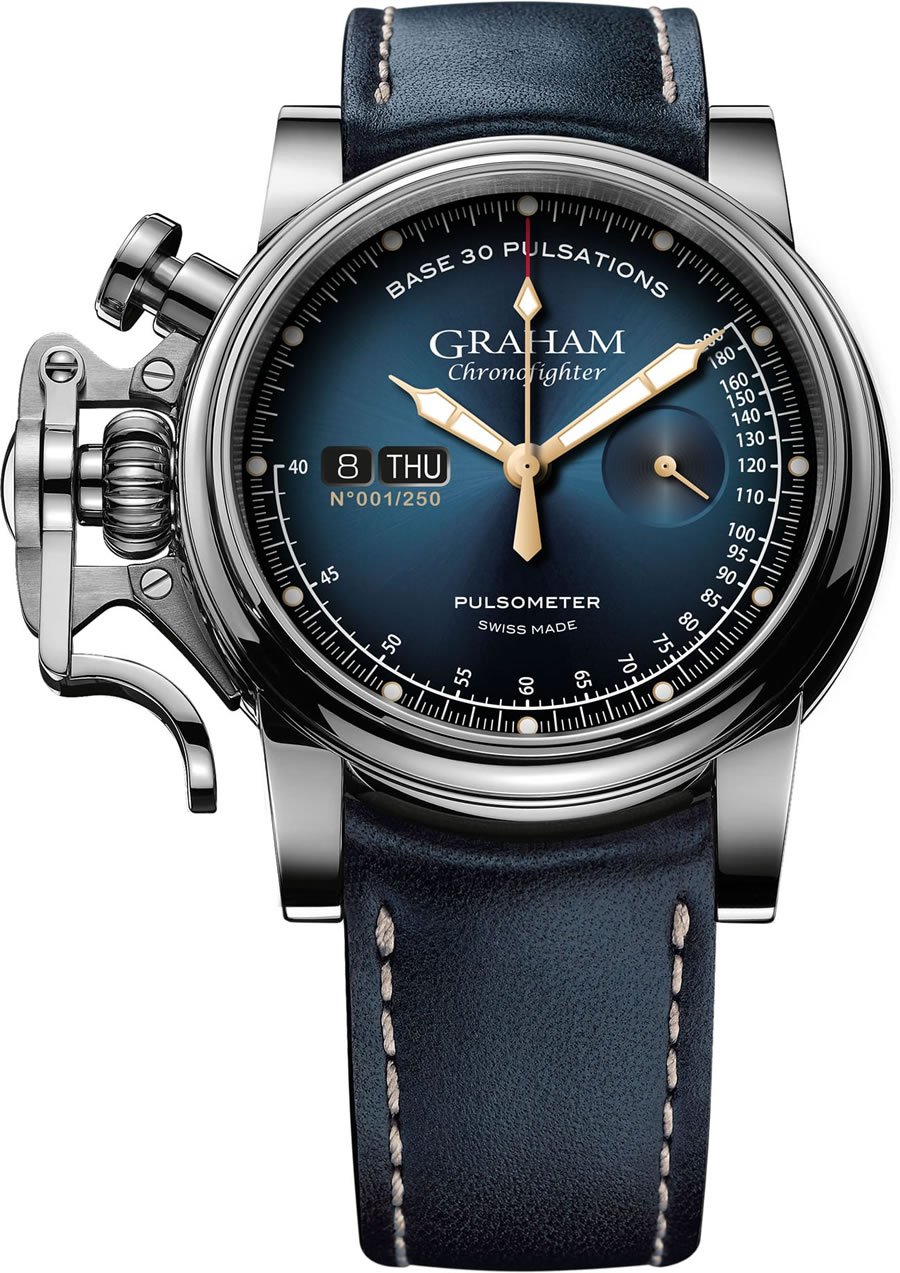 GRAHAM traces its origins to London clockmaker George Graham (1673-1751) who is considered as the father of modern watch making. He is known as the father of the chronograph as he invented the start and stop device of the chronograph, the dead-beat and cylinder escapements, to name a few. He also built the master clock for Greenwich Royal Observatory which timed the majority of the achievements by the 18th century astronomers and sailors and lots of measuring instruments for scientists. GRAHAM SA was created in 1995 and develops outstanding and atypical watches in La Chaux-de-Fonds, Switzerland.