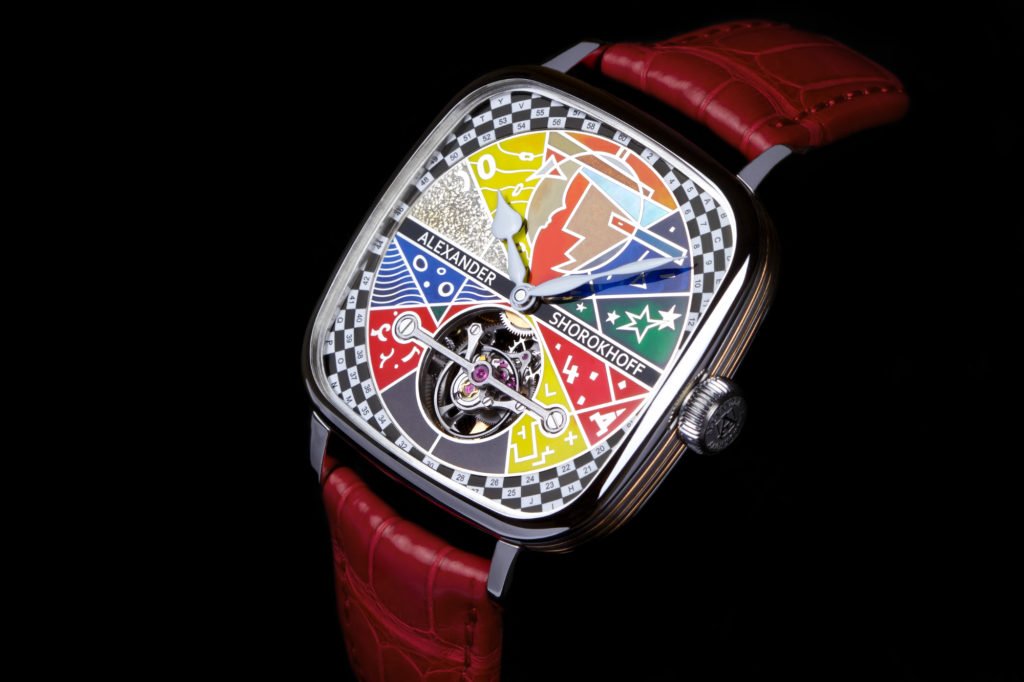 Alexander Shorokhoff is proud to introduce his latest model – “Picassini”.

Pablo Picasso was a versatile and emotional artist. His art was provocative and controversial for his era. Therefore he is considered one of the most important and significant artists of the 20th century. His work fascinated and inspired numerous artists in the world. 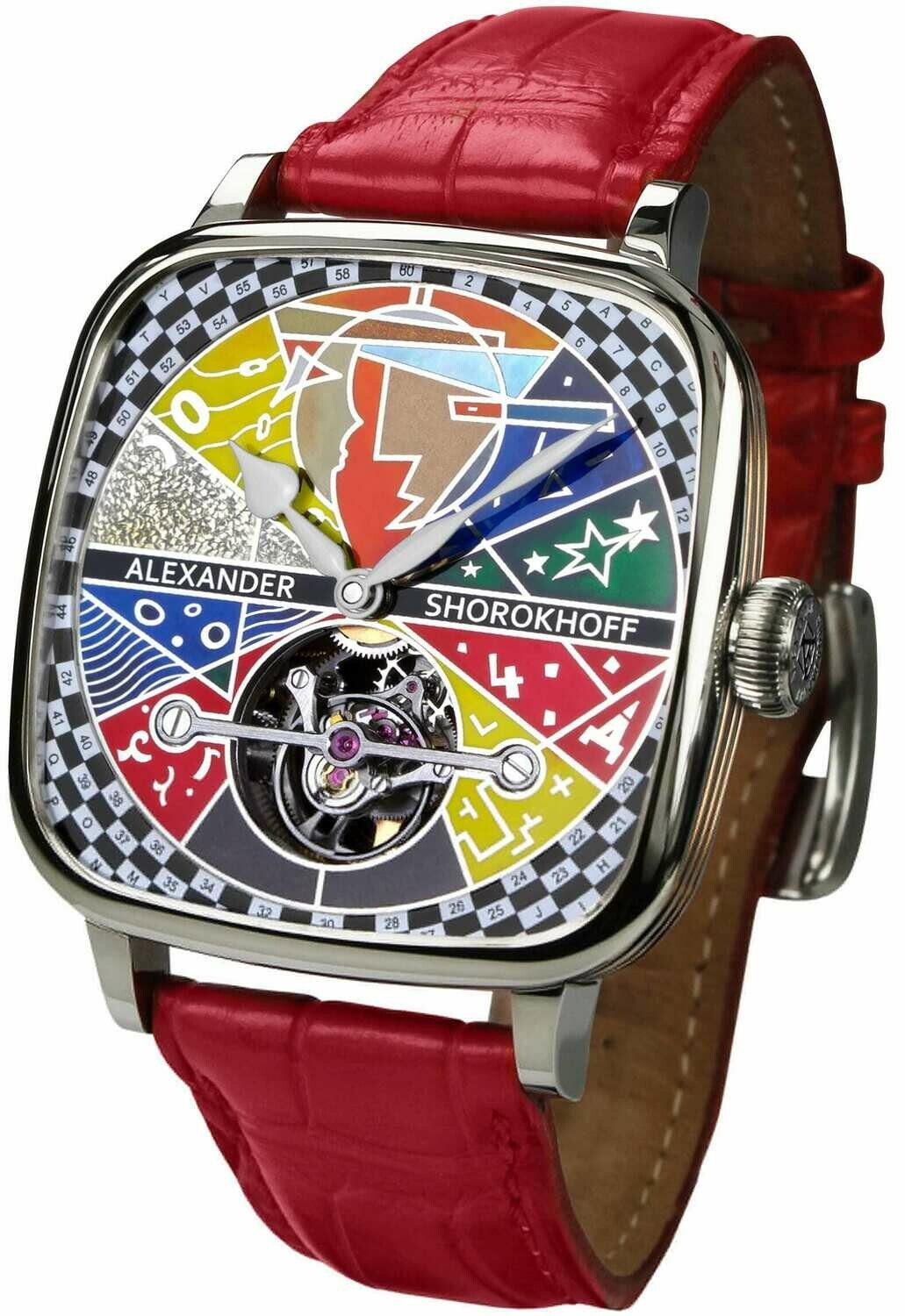 The central motif of the Tourbillon “Picassini” is the connection of two faces of men and women. The face of the woman is shown by curves: soft, pleasant, a little bit withdrawn. The face of the man taking up most of the circle: dominating, jagged, rough. Thus the dial is divided into two parts. On the left side there are sectors with curvy lines and elements, similar to a shape of a woman. The sector between 9 and 10 o’clock is engraved by hand and reminds of a diamond mine. The right-hand side reminds of a man – with more straight and sharp contours. Some sectors are enameled by hand, some are covered with mother-of-pearl. The borders of the sectors correspond with the hour markers. This makes it easy to read the time. The round central part of the dial is surrounded by a round-angular ring. This shows the minutes as well as the alphabet on a chessboard pattern. 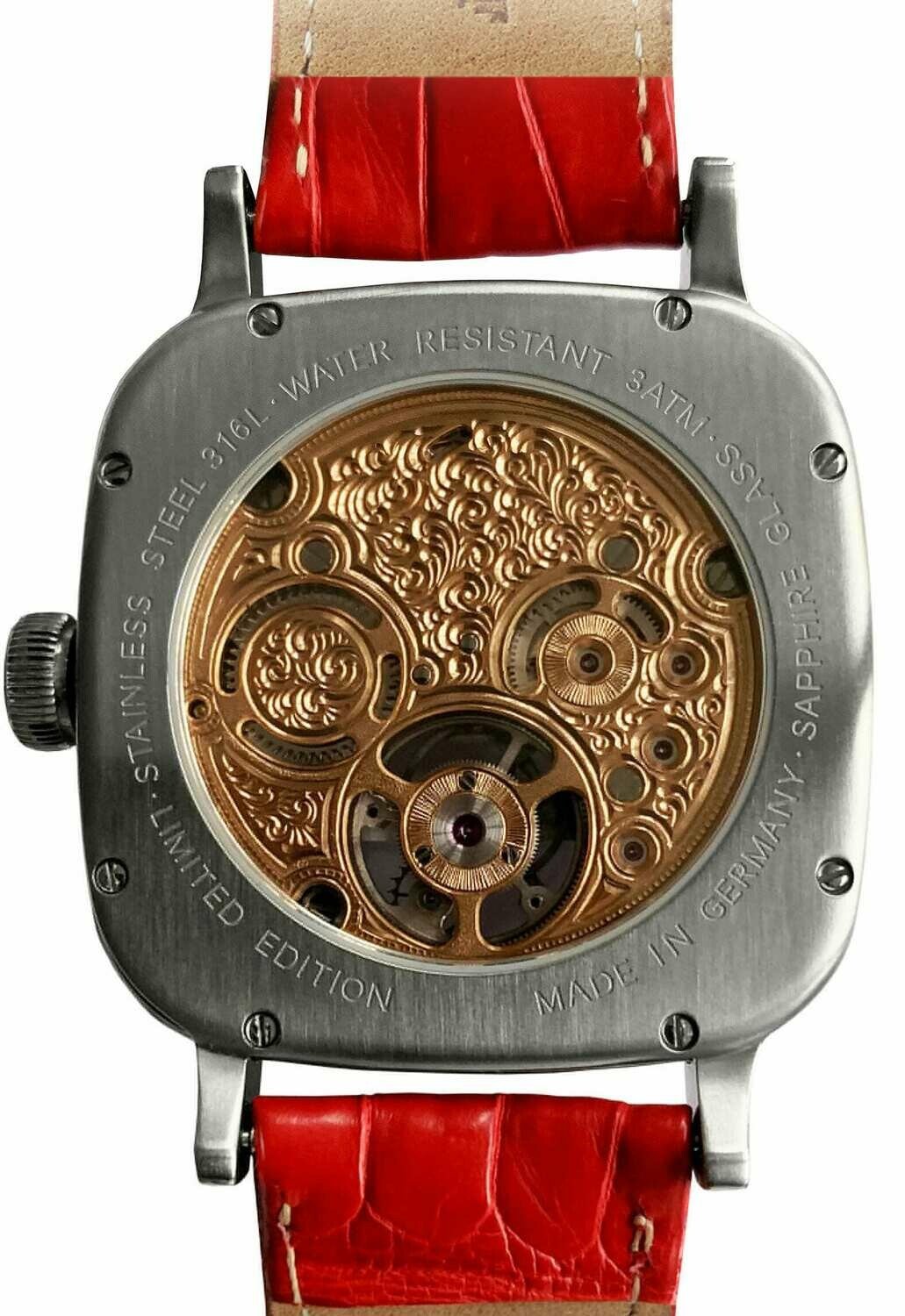 The movement is a manual winding tourbillon of the well-known producer Concepto. Featured with a 60 hours power reserve. The bridges
of the tourbillion were completely hand-engraved by the engravers of Alexander Shorokhoff and turned into brilliant pieces of art. The glass bottom permits a look at the mechanical beauty, which is located in squared stainless steel case, surrounded by 18 Karat red gold wires.

With the limited edition of only 5 pieces, Alexander Shorokhoff differentiates from others and distinguishes themselves from the market as an independent, future-oriented brand with a focus on art and culture with its own visions and independent development.