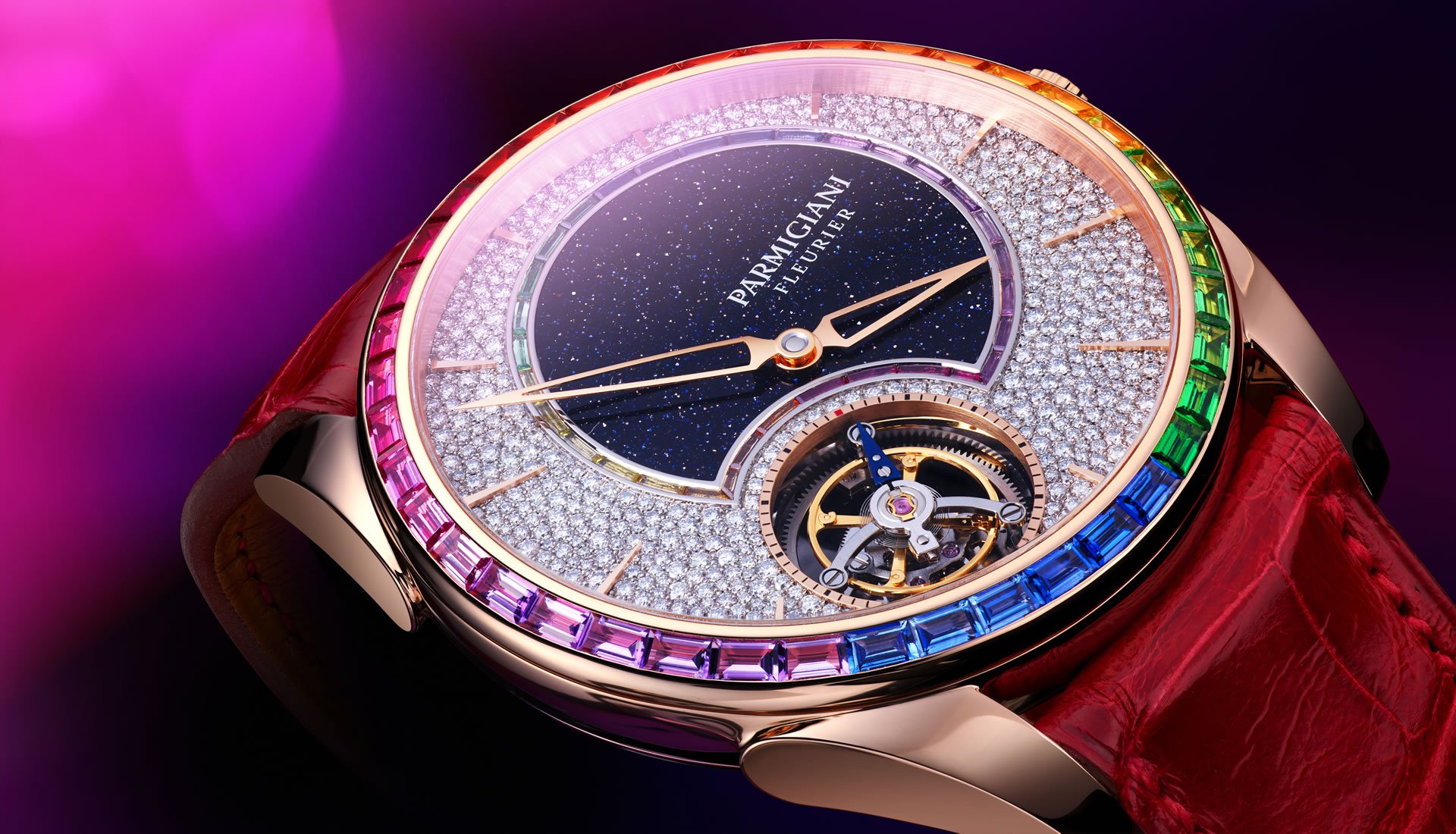 A radiant tourbillon illuminates a shower of diamonds, revealing a double rainbow leading to a scintillating aventurine night.

Following on from the launch of the Tonda 1950 Rainbow in 2019, Parmigiani Fleurier is proud to present its new creation: the Tonda 1950 Double Rainbow Flying Tourbillon. This haute horlogerie timepiece, driven by the ultra-thin PF517 movement, features a double gradient of extraordinary colours and represents a fine example of Parmigiani Fleurier’s skill in marrying the arts of watchmaking and jewellery.

The dial set with white diamonds on the Tonda 1950 Flying Tourbillon Double Rainbow is adorned with a crescent of aventurine within a gradient of coloured stones. This colour progression represents a mirror image of the stones set on the bezel. No rainbow is ever truly unique; a second rainbow featuring the colours in reverse and caused by a secondary reflection of the light on water droplets can occasionally be discerned. The careful selection and setting of these stones to evoke this natural phenomenon is the result of the most painstaking and meticulous work by our craftspeople. 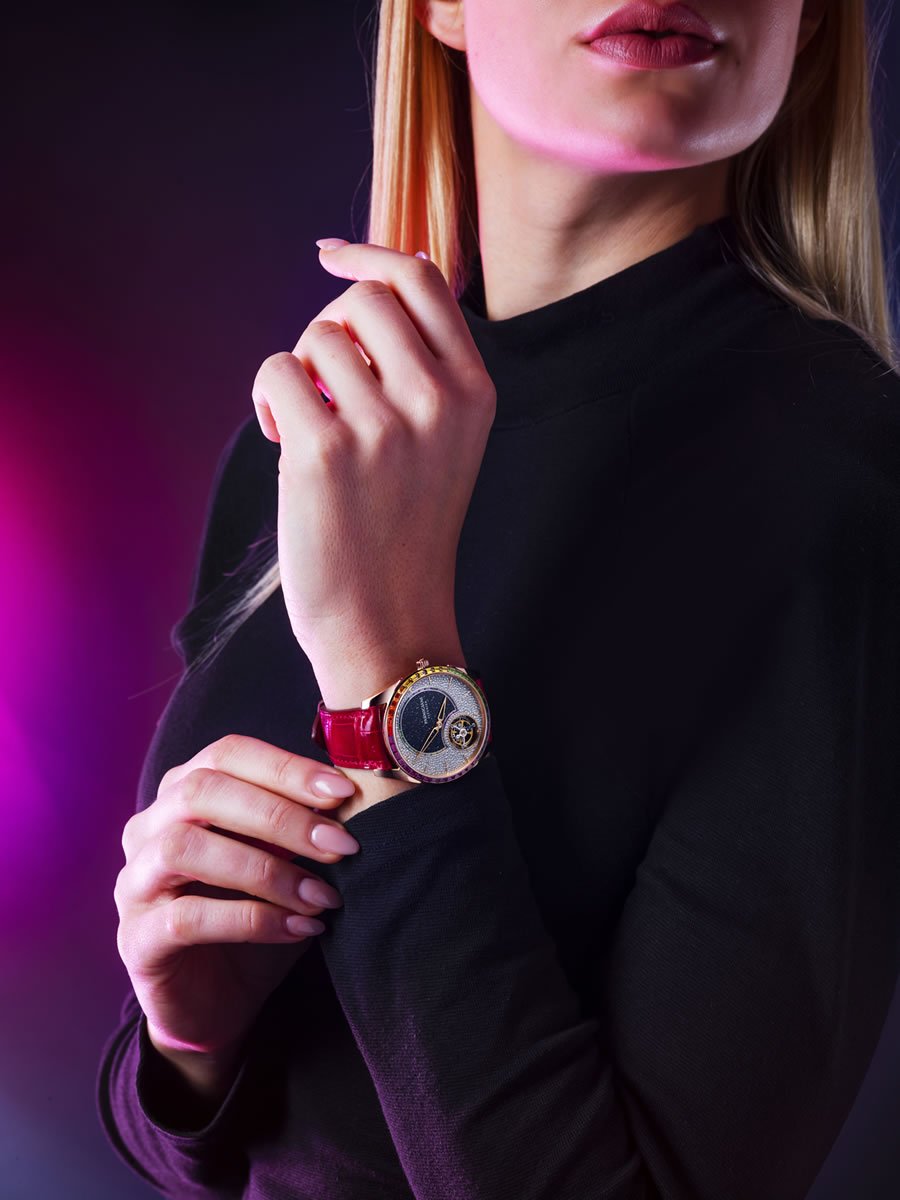 The ultra-thin PF517 movement, comprising a platinum micro-rotor and flying tourbillon, was developed following in-depth studies conducted by the Manufacture’s master watchmakers. To keep the piece as slim as possible, the decision was taken to integrate the calibre in the movement’s main plate.

The position of the tourbillon at 7 o’clock on the dial is a nod to the Brand’s founder, Michel Parmigiani, who was born at 7:08 am on 2nd December 1950. The Tonda 1950 line also pays tribute to a watchmaker who, in the midst of the Quartz Crisis, maintained a firm belief in the value of the finest mechanical watchmaking. 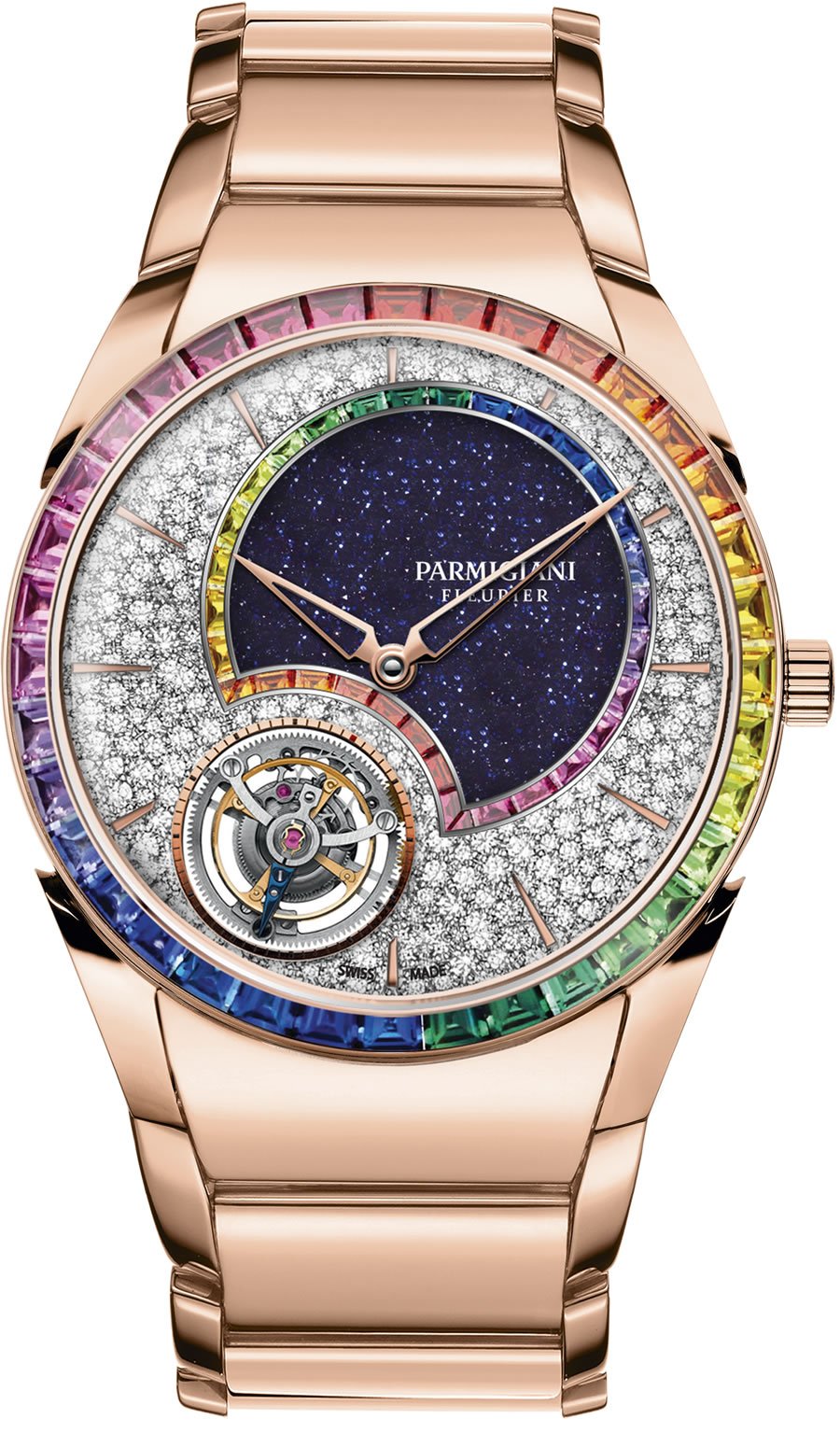 The rose gold case and red Hermès leather strap or the rose gold bracelet perfectly complement the spectacular array of colours created by the tourbillon.

In 1976, Michel Parmigiani opened a restoration workshop, where he studied dozens of past watchmaking masterpieces. 20 years later, the Parmigiani Fleurier Brand was founded. In honour of its origins, it still has a restoration workshop that works on all kinds of horological pieces. It also serves as an inspiration for all of the Brand’s creations. 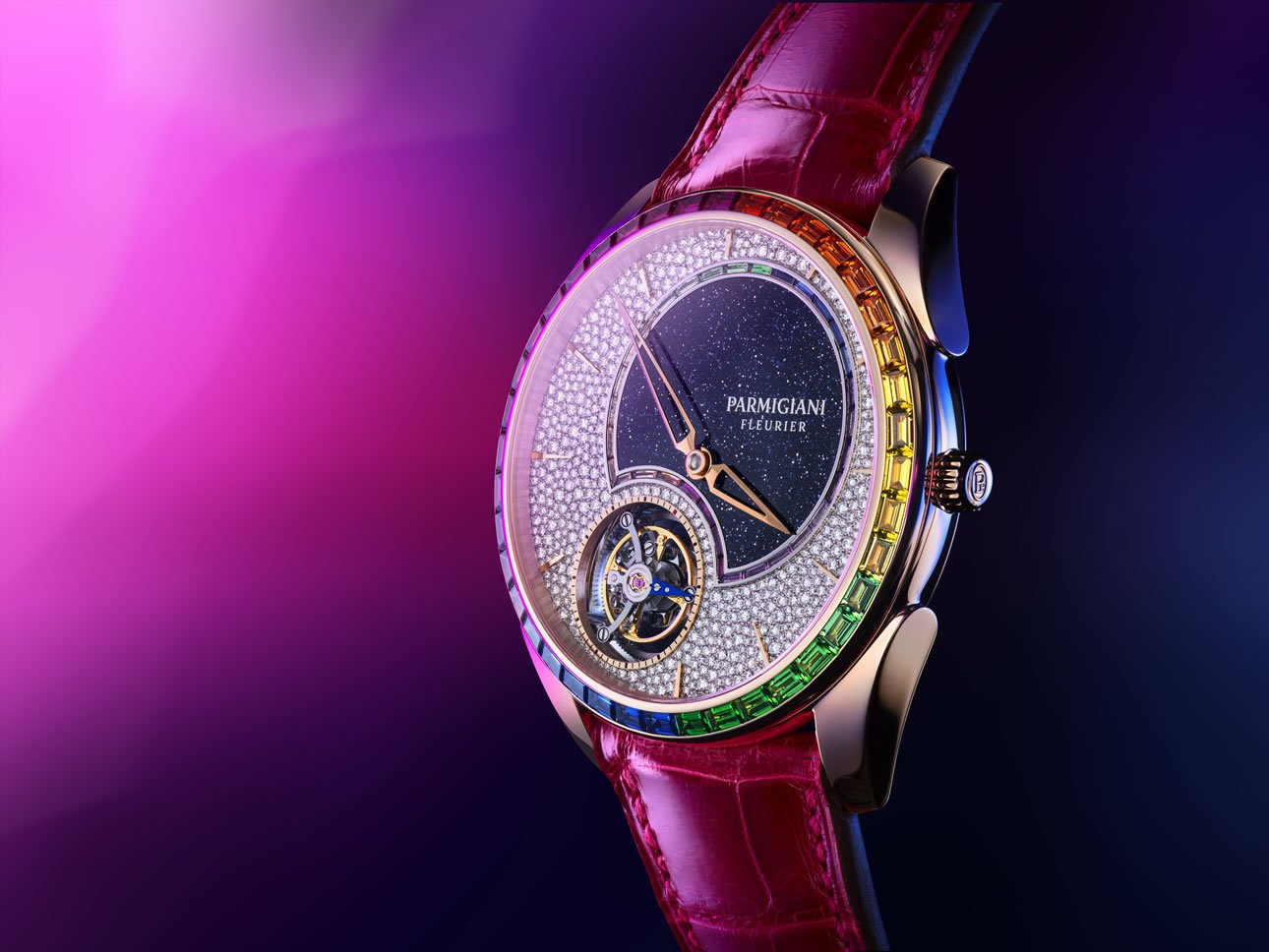 Ultra-thin movements are one of Parmigiani Fleurier’s areas of specialist expertise. For example, the restoration workshop recently worked on a pocket watch in enamelled gold commissioned by Tsar Nicolas I. This extremely rare watch dates from around 1840 and was made by Robert Brandt & Cie in La Chaux-de-Fonds. The ultra-thin watch movement that drives it is known as a “Bagnolet”. This is an “inverted” calibre in which the gears rotate in the opposite direction to allow the time to be read in the conventional way.