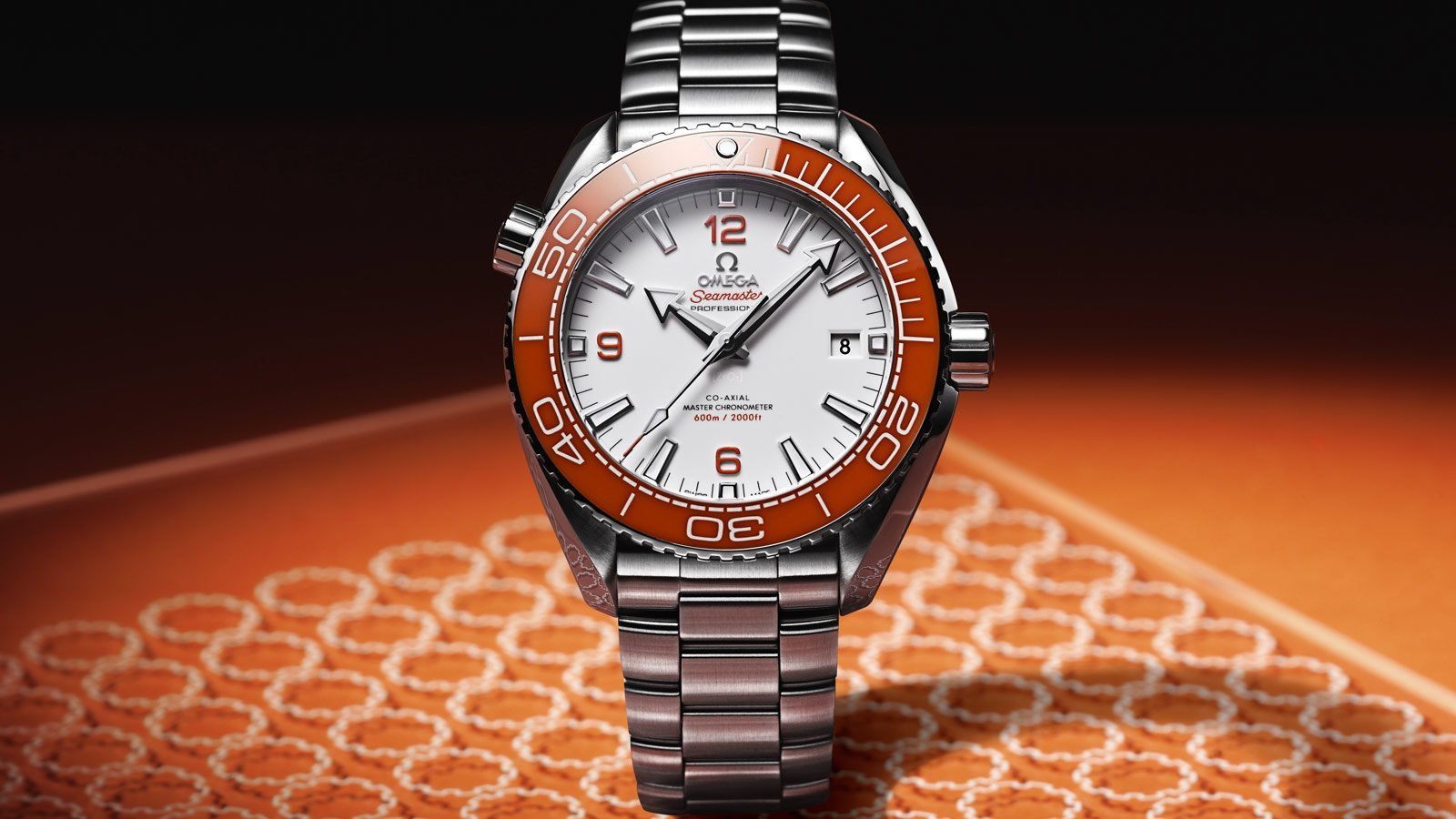 When the original Seamaster Planet Ocean was launched in 2005, it arrived with a distinctive bezel and strap in bright orange. OMEGA has reprised the look in this new model, with the original orange colour brought to life on a new orange ceramic [ZrO2] bezel ring (new process patent pending). This is further embellished by a polished dial in white ceramic. 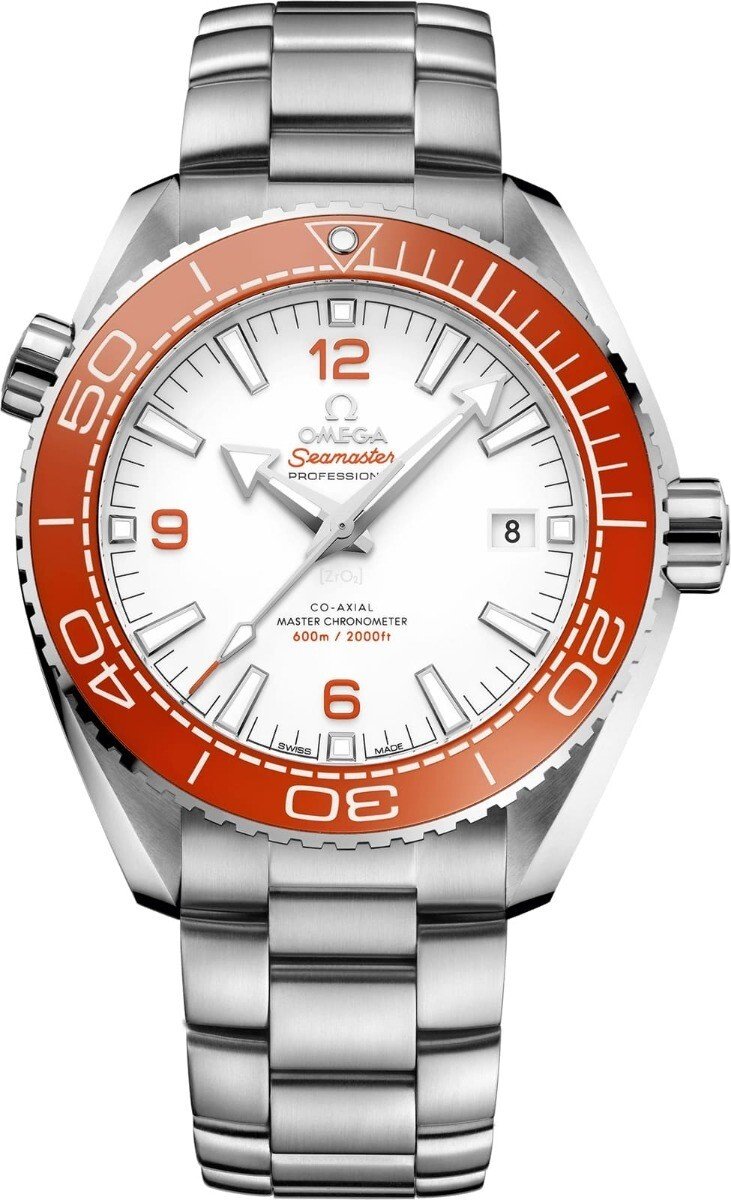 The iconic Seamaster orange bezel re-emerges, back and better than ever! Originally appearing in 2005 when Omega introduced the first generation of the Planet Ocean. Inspired by the very first Seamaster 300M models, which were originally launched in 1957, at the same time as the Railmaster and the Speedmaster. The original Planet Ocean wore the seahorse logo with pride, displayed on its case back, as a symbol of its durability and water resistance. Built robustly and designed to explore the greatest depths of the oceans, this timepiece proved it was a true master of the seas. The Seamaster seahorse emblem was inspired by a fateful day in Venice Italy, where the product designer was enjoying his travels by way of Gondola, sailing through the waterways of Venice. It was here that he admired the image of Neptune, the Roman God of the Sea, commanding his chariot pulled by seahorses. Conceived at this very moment, the symbol became an iconic feature adorning the Seamaster collection since 1958. Truly fit for the Planet Oceans conquest of the seas!

I love the Omega Seamaster Planet Ocean. In fact, I wrote an 8,000 word history of the Planet Ocean, a collection that I refer to as a “modern icon.” Fortunately, for fans of the PO, Omega just announced a new three-hand version that looks to its past (well, back to 2005) with an orange bezel. It’s the classic Planet Ocean color and with the ceramic white dial, and it looks to be a real stunner. I personally own this Planet Ocean that shares a case, movement, etc., with this new model and can speak only highly of it. Of course, I am now seriously considering adding this full-orange bezel Planet Ocean to my collection. 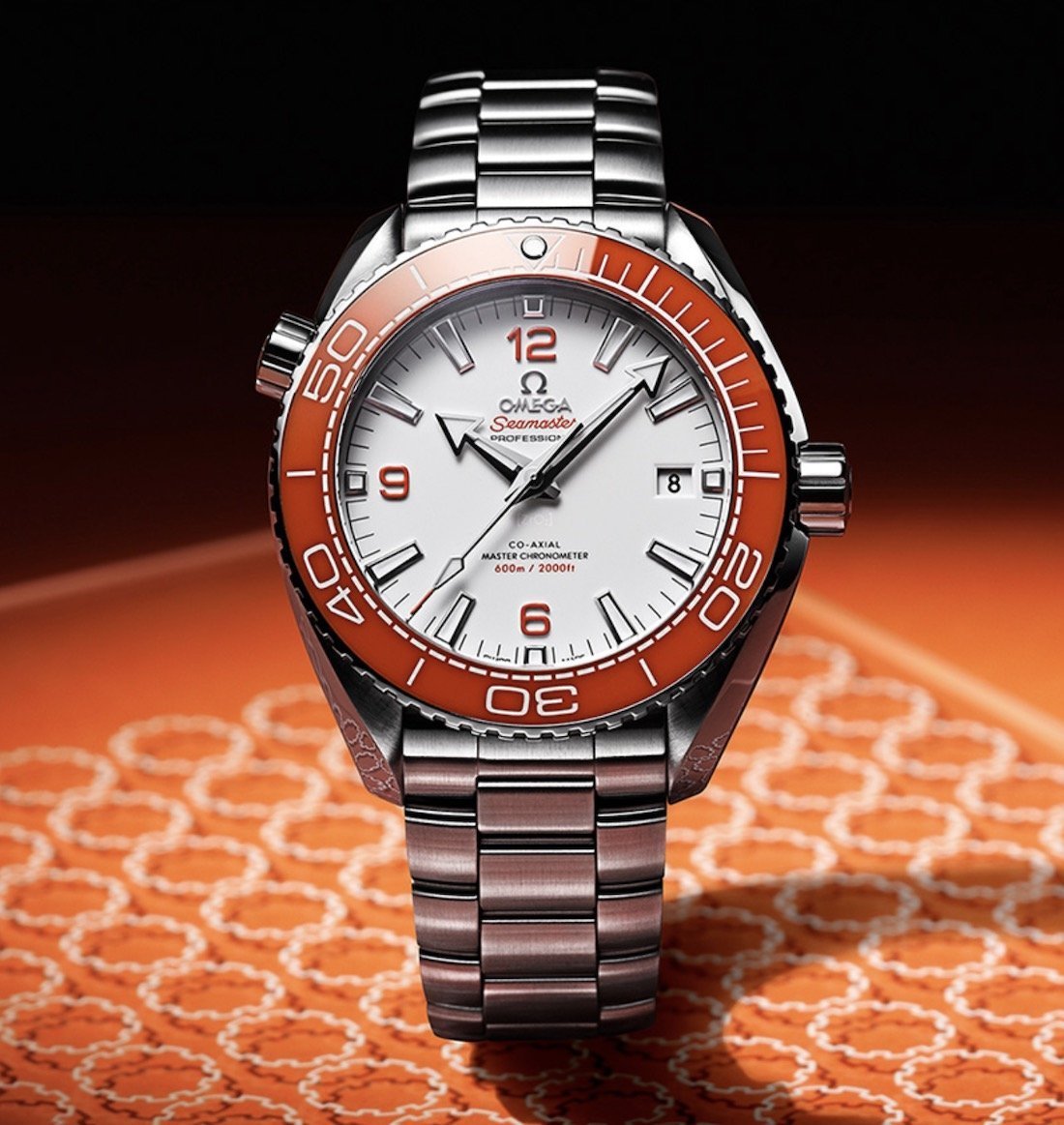 It was with OMEGA’s maritime legacy in mind that the brand launched its Planet Ocean line in 2005. Today, the stylish models continue to pay homage to OMEGA’s dive watch heritage.

This 43.50 mm stainless steel model features a white ceramic dial with applied Arabic numerals in orange and a date window at the 3 o’clock position. The orange ceramic unidirectional bezel includes a diving scale filled with liquid ceramic and Super-LumiNova.

Other features include an alveol screw-in caseback and an integrated stainless steel bracelet with patented extendable foldover clasp and diver extension.

The watch is water resistant to 600 metres / 2000 feet / 60 bar and has a helium-escape valve. The OMEGA Master Chronometer calibre 8900 at the heart of this timepiece can be seen through the transparent caseback. To achieve Master Chronometer status, it has passed the 8 rigorous tests set by METAS (The Swiss Federal Institute of Metrology).