Bremont Introduces S300 White, The New Supermarine To Be Tested On “Project Possible: 14/7” 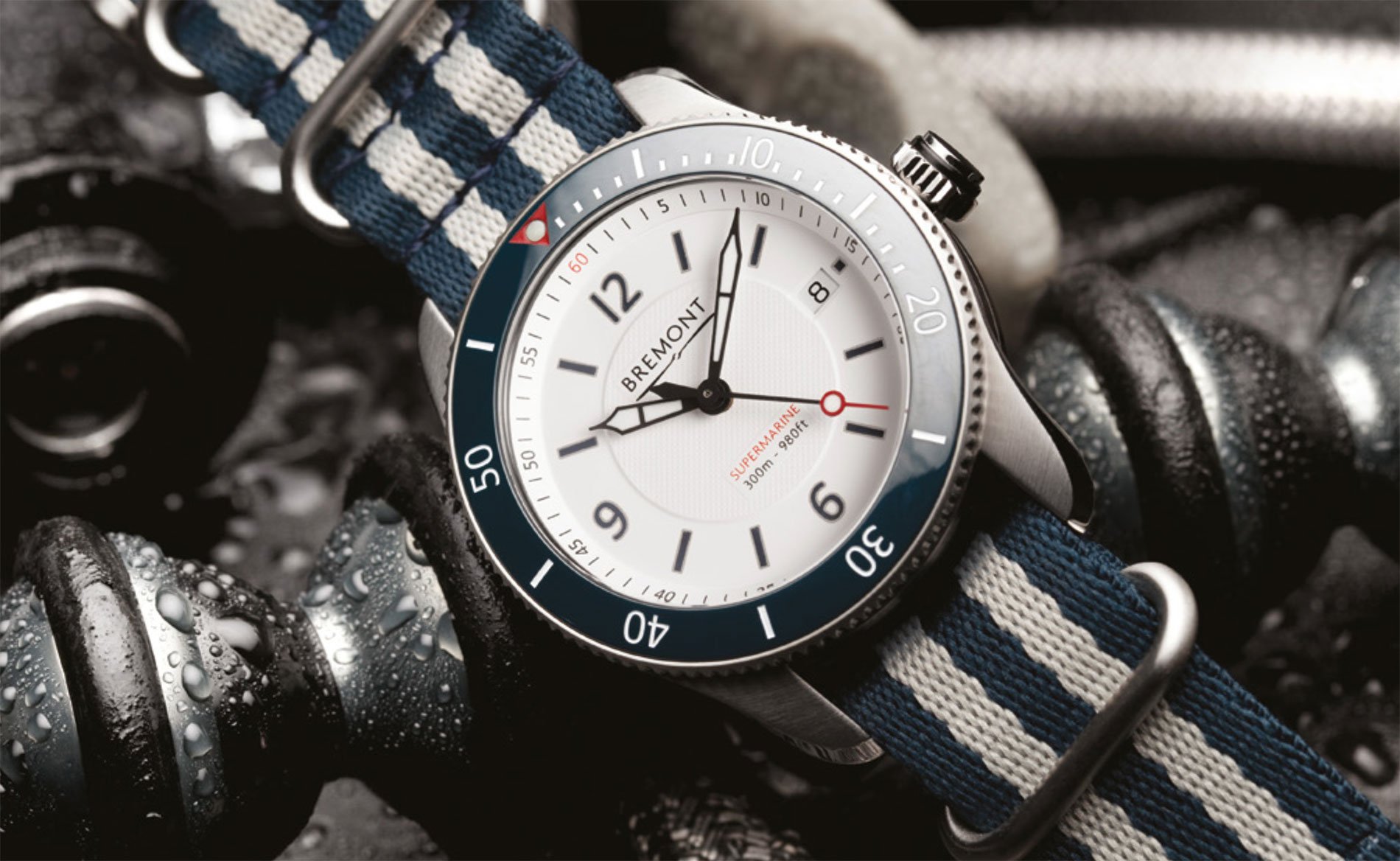 One man will embark on a record-breaking attempt to scale 14 of the world’s highest peaks, all of them over 8,000m. The previous attempt took over 7 years. If successful this will smash that record by completing the challenge in just 7 months. As a retired member of the Gurkhas and SBS, as well as being the current world record holder for climbing 3 of the 8,000ers in the fastest time ever recorded, Bremont ambassador Nirmal ‘Nims’ Purja MBE will embark on this challenge in March 2019 sporting the new Bremont S300 White. Nims aims to establish a paradigm shift in the perception of human potential, breaking more than 7 speed world records on mountains above 8,000m. 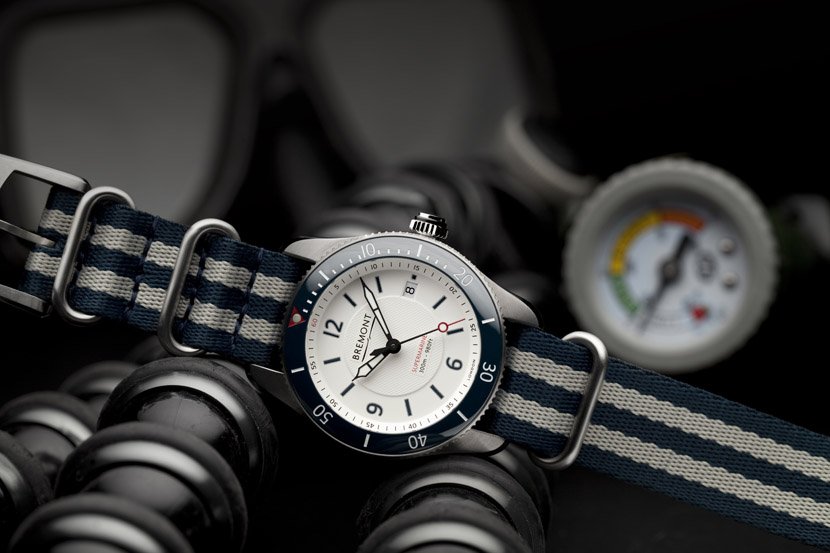 Known for producing watches which are tested far beyond the normal call of duty, and with the extensive military pedigree that Bremont has, Nims knew the British watch company could deliver a tough and reliable timepiece for this epic adventure. Commenting on the partnership, “I firmly believe that everything in life is possible armed only with a determined approach and positive mindset, this much Nick and Giles have proven in their own way in terms of bringing back watchmaking to Britain. Now that my military career is behind me, I will strive to break more boundaries and help others move forward in their lives, realise their dreams and exceed my and their limitations. This challenge I am about to embark on is certainly hard, but I’m excited and driven by the prospect of creating history. When so many elements are out of my control, having failsafe equipment is a necessity and I couldn’t be more confident in having Bremont as my timing partner. I grew up with British Gurkha and Special Forces heritage, it’s an honour to represent what I believe is the ‘best of British’ in teaming up with this pre-eminent British watch company in their endeavour to reinvigorate the British watch industry. Project Possible 14/7 is a time sensitive mission and I look forward to testing the S300 to the next level, where no man or woman has taken it before.” 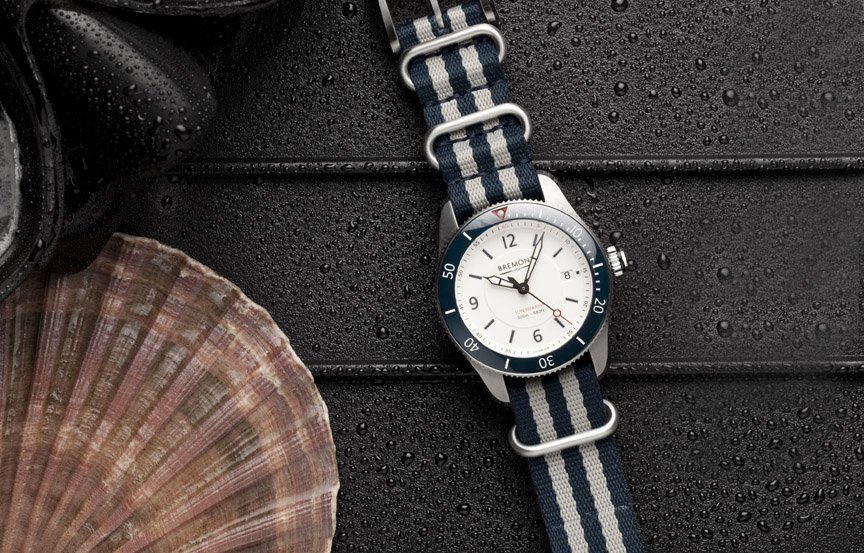 From the launch of the Supermarine range some ten years ago, the Bremont dive watch collection is now a well- established and recognisable part of the Bremont offering. Inspired by aviation principles and named as a tribute to the iconic British aircraft manufacturer responsible for the Supermarine S6B Schneider Trophy Seaplane and of course the incredible Supermarine Spitfire, each Bremont Supermarine is built to be thoroughly robust. Manufactured using Bremont’s Trip-Tick® case construction, each of the brand’s specialised dive watches houses beautifully finished and chronometer-tested movements. The new S300 White adds to the other 40mm dive watches which were introduced in 2017 to meet a demand for a professional dive watch in a slightly smaller iteration. The S300 line specifically nods to the Type 300, the first ever Spitfire prototype from the 1930s, from which was born one of Britain’s most iconic aircraft.

Having proven incredibly popular since launch, introducing the S300 White into the mix is the perfect counterpart to the other darker dialled variants within the line. The contrasting blue ceramic bezel sets off the lighter dial beautifully and matches the blue indexes and two tone Nato strap. In keeping with the existing models, the S300 White features a unidirectional bezel, Super-LumiNova® hands and the 40mm steel case is decorated with the silhouette of the original Supermarine aircraft on the back. 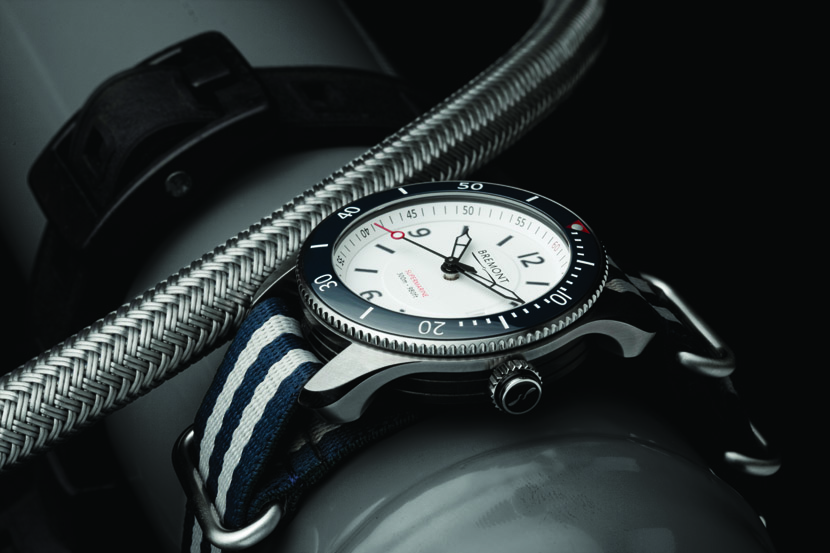 Bremont Co-Founder, Nick English: “The original S300 already has some serious mountaineering credibility, having been tested by long-standing Bremont ambassador Jake Meyer in 2018 when he summitted K2. We’re so fortunate to work with such inspiring people and are constantly amazed by the incredible feats of our ambassadors. What Nims is setting out to achieve is nothing short of extraordinary, particularly if he manages to smash the previous record of 7 years, 11 months and 14 days to just 7 months. There’s an inherent grit and determination that a military background instils, and you can certainly see that in Nims. We’re thrilled to be supporting him and are looking forward to adding to the mountaineering legacy of the S300.”

Nirmal Purja, known as Nims, is a Gurkha who proudly served in one of the British militaries most distinguished regiments in defence of the United Kingdom. Nims is the first Gurkha to climb Mount Everest while serving the British Military and he is the current holder of multiple World Records for the fastest ascent of double and triple header mountains in the ‘higher than 8000m’ category.

Nims was awarded an MBE for his outstanding achievement on high altitude mountaineering which includes:

“Project Possible: 14/7” is a unique chance to captivate the scientific research community and advance knowledge on the high-altitude adaptation and physiology. The project will provide important opportunities for local Sherpas and guides to forge a career in the mountains and will promote the homeland of the Gurkhas among the 8,000m mountains. The project aims to raise awareness for a number of significant causes, most notably for UK military charities, supporting Nims’ colleagues who may have been wounded, injured and/or who suffer mental health issues. Equally, the support for Nepalese children’s charities and orphanages dedicated to education and wellbeing is of paramount importance, not forgetting raising crucial awareness of climate change and global warming.

Bremont is an award-winning British luxury watch brand, manufacturing mechanical watches in Henley-on-Thames, England. Bremont is making considerable investment with its UK watch making and manufacturing and at the end of 2014 launched a new Parts Manufacturing Facility which saw the firm starting to produce its own case and movement components. Co- founded by brothers Nick & Giles English in 2002, Bremont has made a substantial impact on the watch making industry in a very short period of time. The brand remains true to its original principles of: aviation and military, British engineering and adventure. As well as manufacturing watches for some of the most exclusive military squadrons around the world, Bremont continues to play an influential role in revitalising the British watch industry, the birthplace of numerous timekeeping innovations still used today. The brand is now in the top handful of chronometer producers in the world. 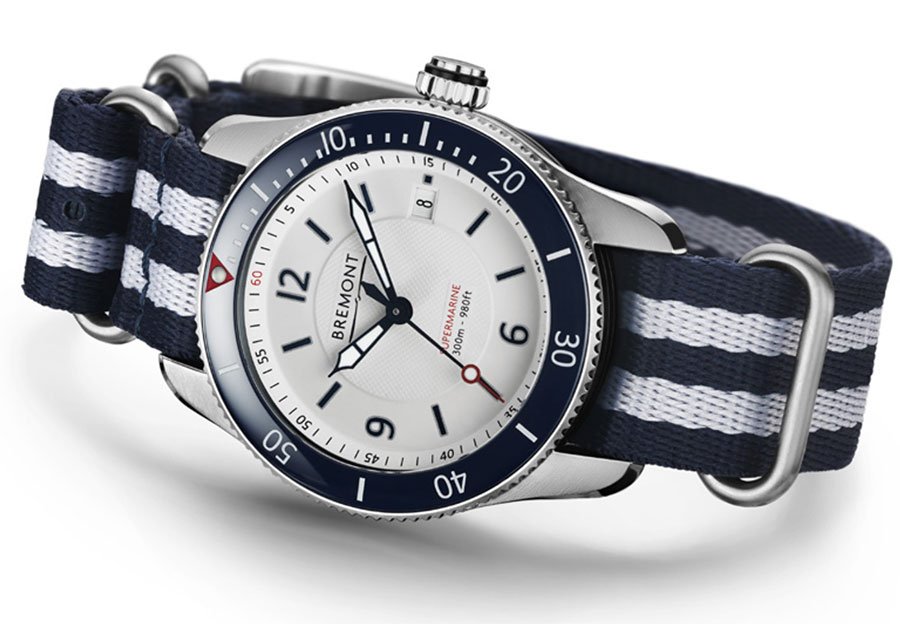 Hour/minute/seconds with date at 3H.

Please note that all our dive watches have screw in case backs for added protection against water entry, meaning that the decoration may appear at any angle.