A new creation in the Presage collection of fine mechanical watches takes its inspiration from Japan’s everlasting fascination with the moon. Following on from the success of the recent release of a deep blue enamel dial that evoked the night sky, this new limited edition uses one of the most elaborate lacquer techniques of all, Byakudan-nuri, as well as traditional Urushi, to portray the rich tones of the sky and moon just before dawn.

The crescent shaped tip of the second hand is coated with a gold powder, giving it a special texture that resembles the surface of the moon. The power reserve indicator evokes the brilliance of the crescent moon illuminated by the sun.

The crescent shape is also to be seen on the sapphire crystal case back, affixed by vapor deposition.

Byakudan-nuri is a technique that has been used for centuries to decorate Urushi lacquer and, because of the complexity of the craftsmanship involved, was reserved exclusively for use in places and on objects of high status, including temples, shrines and on the armor of Shogun warlords. 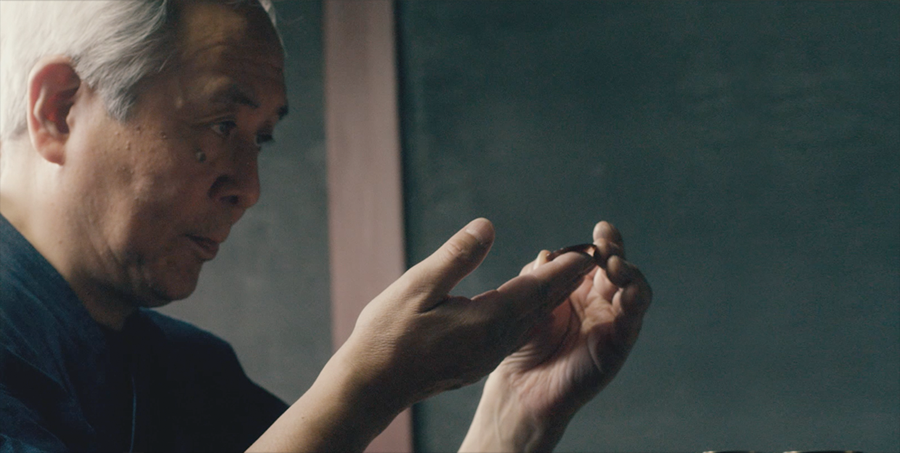 The complex processes, Urushi, Byakudan-nuri and Maki-e, are completed by hand by the craftsmen and women in the studio of Urushi master Isshu Tamura in the Hokuriku region of Honshu, Japan’s main island.

Born in 1957, Isshu Tamura trained in the traditional Kaga Maki-e gold lacquer technique of Kanazawa. After honing his skills in the technique, Mr. Tamura set out to produce unparalleled original works of art. He has executed his technique in Kaga Maki-e not only in lacquerware, but also in the creation of luxury fountain pens and wristwatches which have received worldwide acclaim for their elaborate detail and fine beauty. 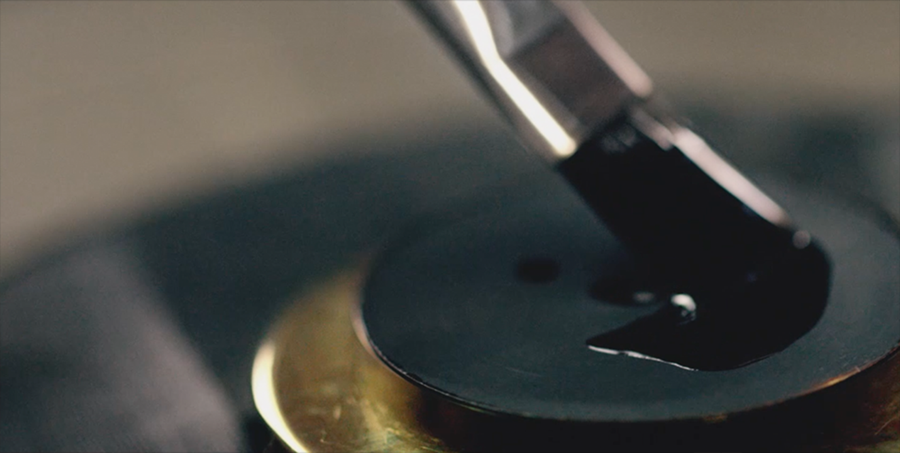 First, the dials are made with the traditional Urushi technique in which jet black lacquer is painted by hand onto the metal base of the dial, dried and then polished. These processes are repeated several times until the craftsman has achieved the exact depth of black that he desires. 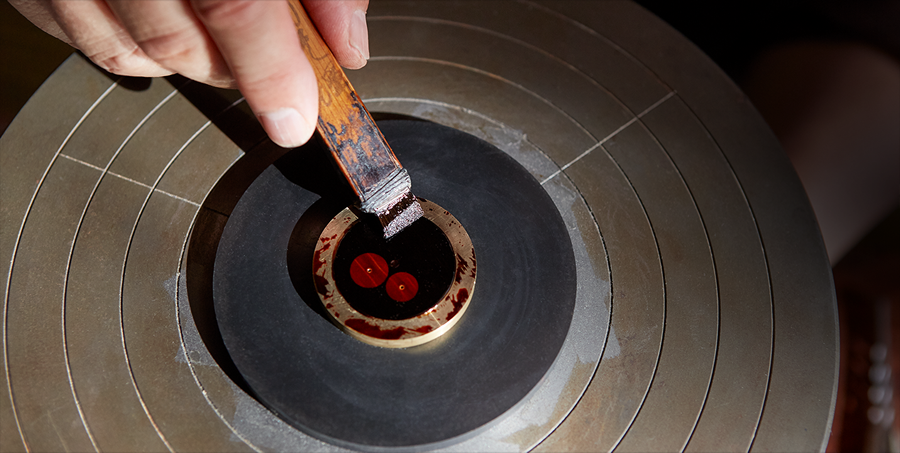 Using a new layer of Urushi as the binding agent, the sub-dials are then sprinkled with a layer of very fine metallic powder. The whole dial is then repeatedly painted with a red-tinged semi-transparent Urushi lacquer and then each new layer is dried and polished for as many times as the craftsman deems necessary. The effect is subtle but deeply satisfying. While the red of the sub-dials is deep, these two dials catch the light and shine when the ambient light grows brighter, just as parts of the sky catch the dawn light before others. 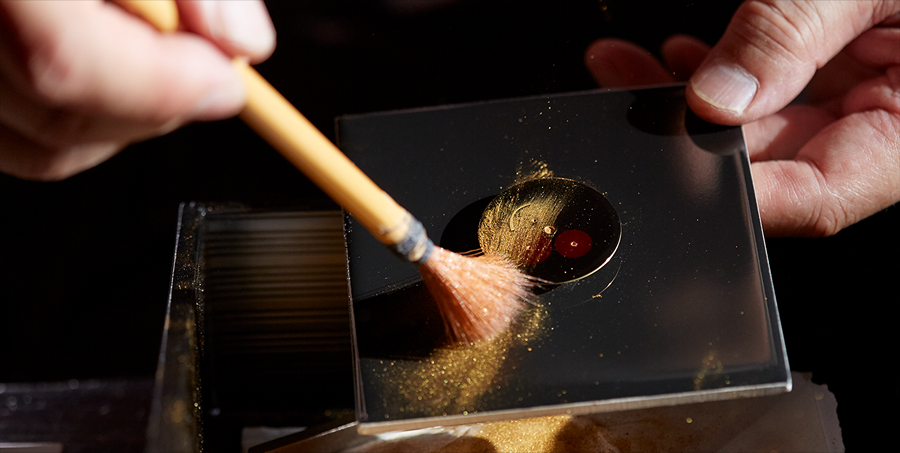 Now it is time to add the moon, using the Maki-e technique, in the form of the crescent shaped power reserve indicator. As with the Byakudan-nuri technique, the crescent is first coated with a layer of Urushi lacquer that acts as the adhesive for the fine, gilt-colored powder that is then applied to it. Once the powder is on the dial, the craftsman gently taps it to disperse the powder evenly across the surface and then uses his own specially chosen material to perfect the surface. The result is an indicator that not only reflects the shape of the crescent moon but has the moon’s shimmering, granular texture and contrasts with the smoothness of the sky against which it stands out. 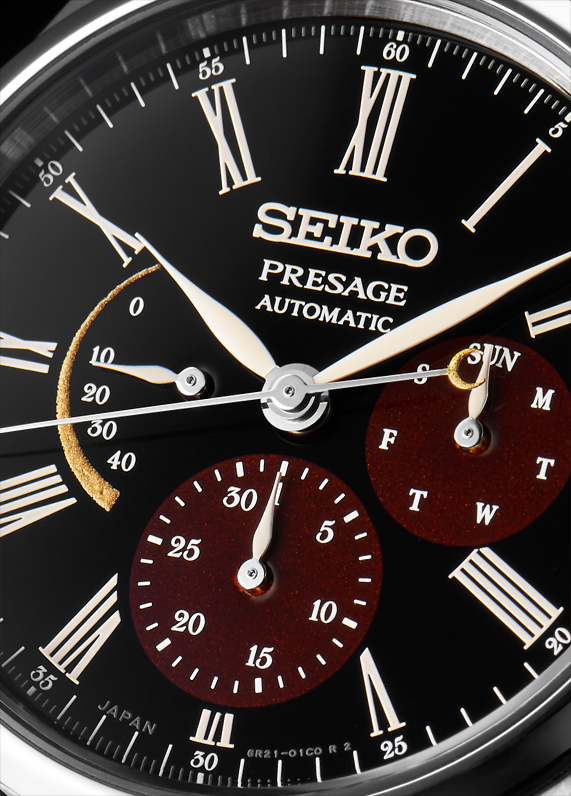