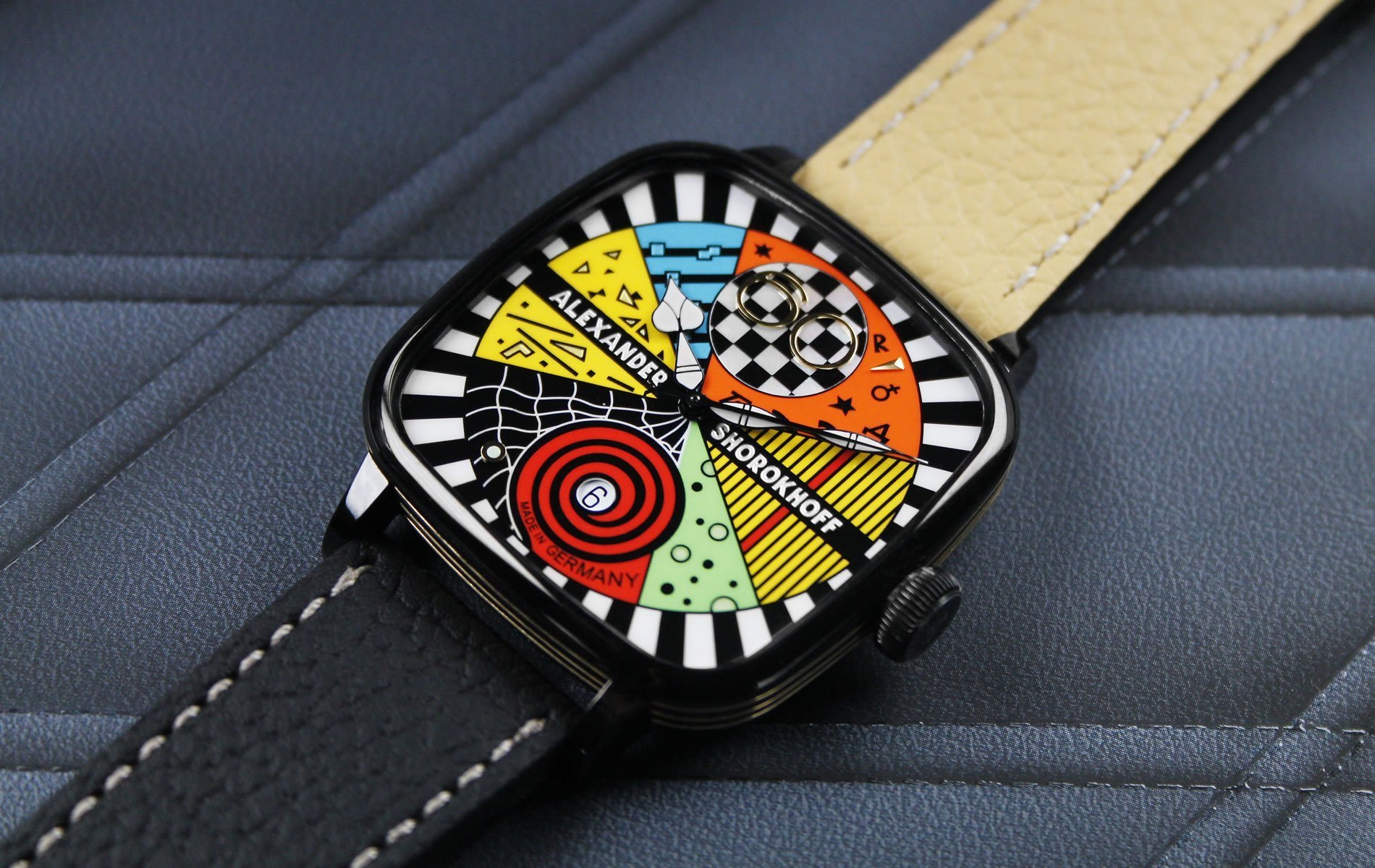 A watch against boredom on the Wrist.

The limited watch model Kandy Avantgarde which won the German design award Winner 2019 fascinated watch lovers all over the world and was sold out in a very short time. Forthis year’s exhibition Inhorgenta its first successor will be launched on the watch market.

The squared case is produced in strongly demanded black PVD-coating, whereas the side grooves are filled with real gold wires. The philosophy of the dial’s designs remains the same but has been enforced by using powerful colours. The stripes around 3 o’clock have got a yellow tint and harmonise with the golden wires. The small gaps in the dial match with the colours of the case. The intense contrast enhances the colours of the dial. The interplay of the colors brings the watch and your wrist to life. 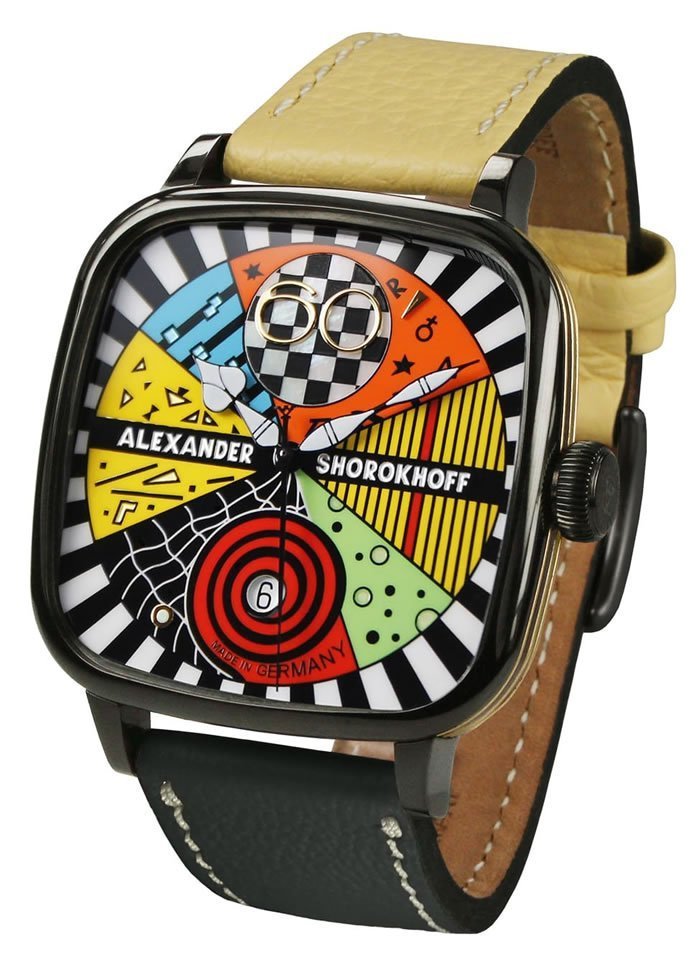 Two years ago, Gianfranco Ritschel, a consultant of the Swiss watch industry said in his statement about the development of the watch market approximately the following: “50 years ago, people needed only one function in a wrist watch, 25 years ago – a watch should promote an image; nowadays and in the future a watch should represent something and have an intellectual and cultural background”. The single function of timing will no longer satisfy or fascinate the watch enthusiast. A watch has to be unique in every respect. The Kandy Avantgarde 2 is such a watch.

The movement is the same as its predecessor – the flat and reliable cal.2892 ETA. The rotor is handengraved and refined. Functions: hours, minutes, seconds and calendar.

In any case the Kandy Avantgarde 2 is a watch against boredom on the wrist. Once, Vincent van Gogh said: What would life be if we had no courage to attempt anything ?.