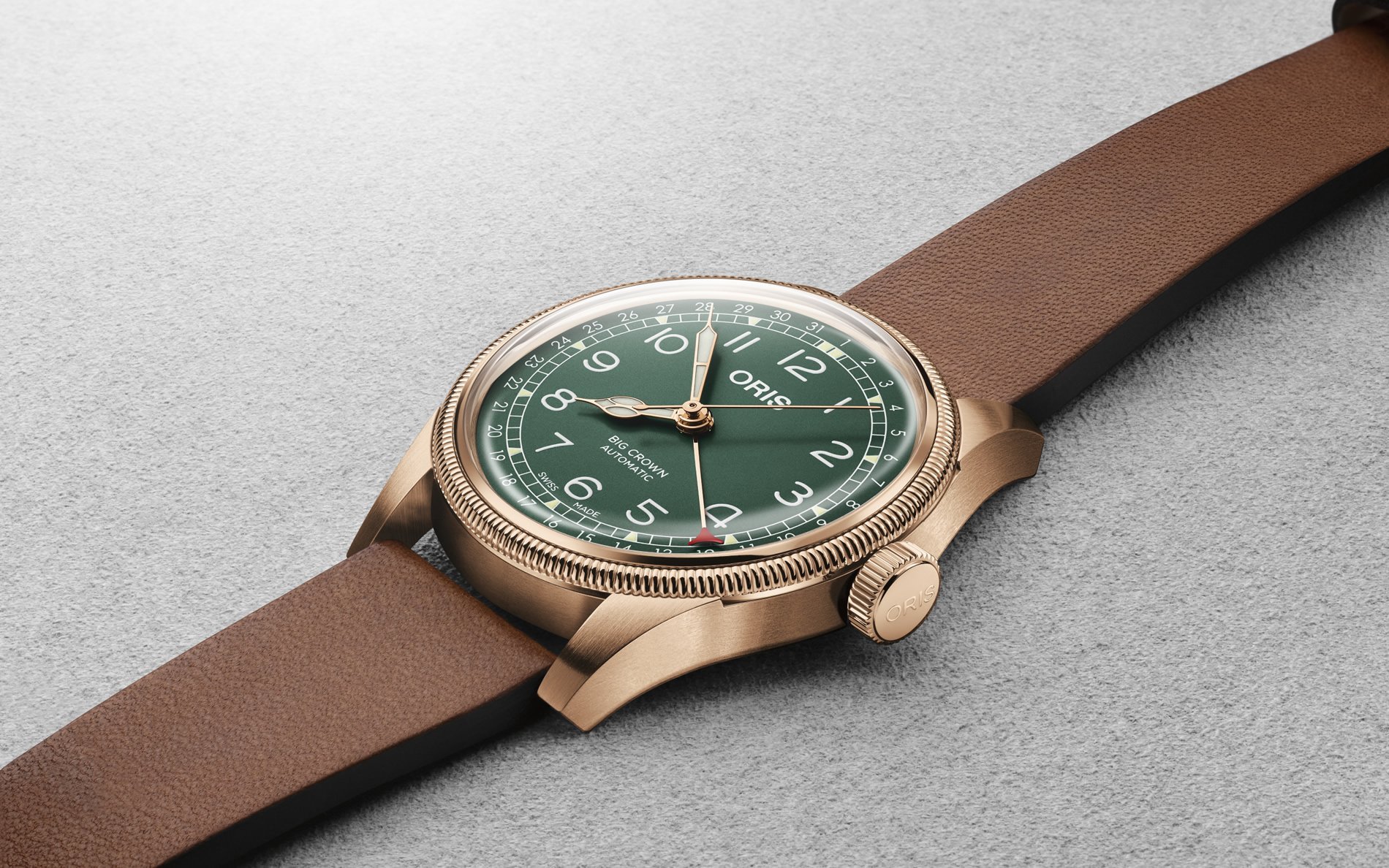 Celebrating an Oris icon The Oris Big Crown Pointer Date has always been a style statement and a useful instrument. For its 80th anniversary, Oris announces a special bronze edition. In 1938, Oris introduced a pioneering watch for pilots. It had an oversized crown so that glove-wearing airmen could easily adjust it, and an unusual complication – a date indicated by a central pointer hand.

The aim behind it was to create a beautiful, high-quality, reasonably priced timekeeper that would be reliable and easy to use, even in hostile conditions. Little could the independent Swiss watchmaker have known at the time that eight decades later, the Big Crown Pointer Date would not only continue to fulfil that ambition, but also that it would have become one of the most recognisable of all watch designs, an icon for the generations.

‘Designs come and go, but the Big Crown Pointer Date has endured and keeps getting stronger,’ says Oris’s Honorary Chairman, Dr Rolf Portmann, who shares his experiences of the Big Crown on page 6. ‘It’s become an Oris signature and a symbol of how strong the company’s heritage and brand are.’ 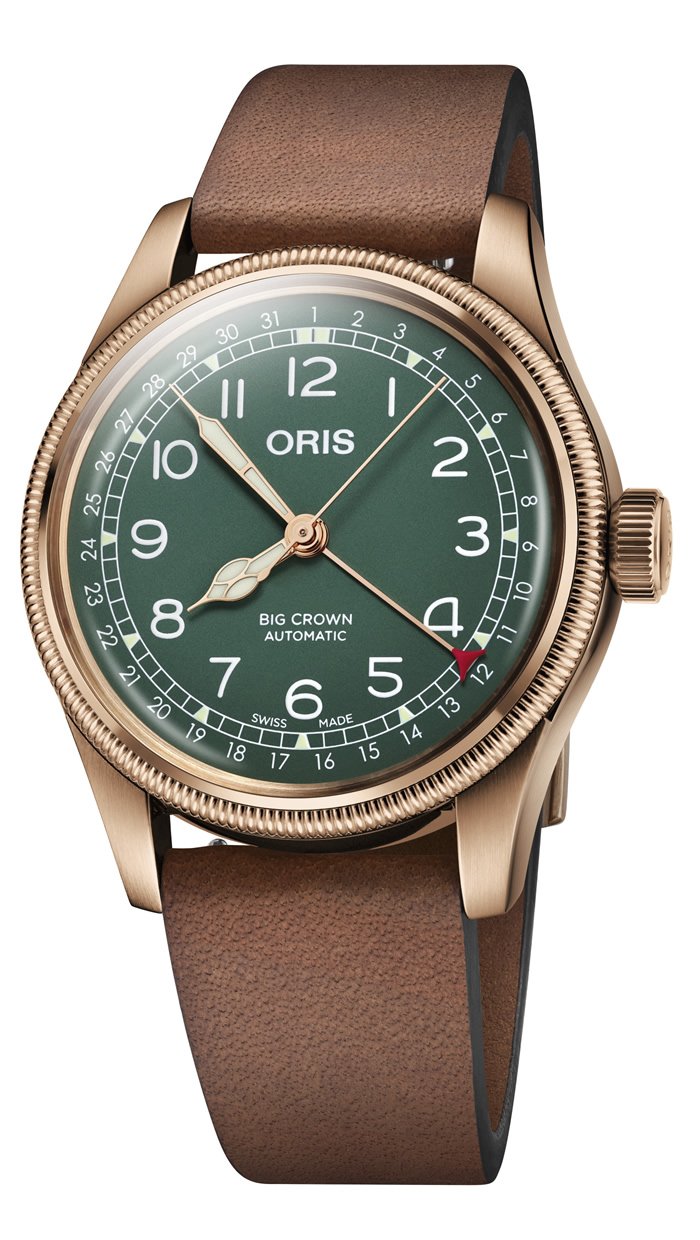 To mark the 80th anniversary of this landmark watch, Oris has created the Big Crown Pointer Date 80th Anniversary Edition, a special piece with a 40mm case, fluted bezel and oversized crown cast in bronze, and a striking green dial.

Oris has chosen bronze for the case material in part because of its current popularity, but also because it’s a utilitarian material that tells the story of Oris’s industrial approach to watchmaking. Bronze patinates naturally as it oxidises, so that each watch will take on a unique finish over time. The deep green of the dial also has a natural feel, complementing the bronze case. The combination of materials and colours is symbolic of the watch’s design heritage, Oris’s rich mechanical watchmaking history, and the company’s natural location in Switzerland’s beautiful Waldenburg Valley.

Leader of the pack

The Oris Big Crown Pointer Date is an enduring symbol of everything Oris stands for, says the company’s co-CEO
Rolf Studer 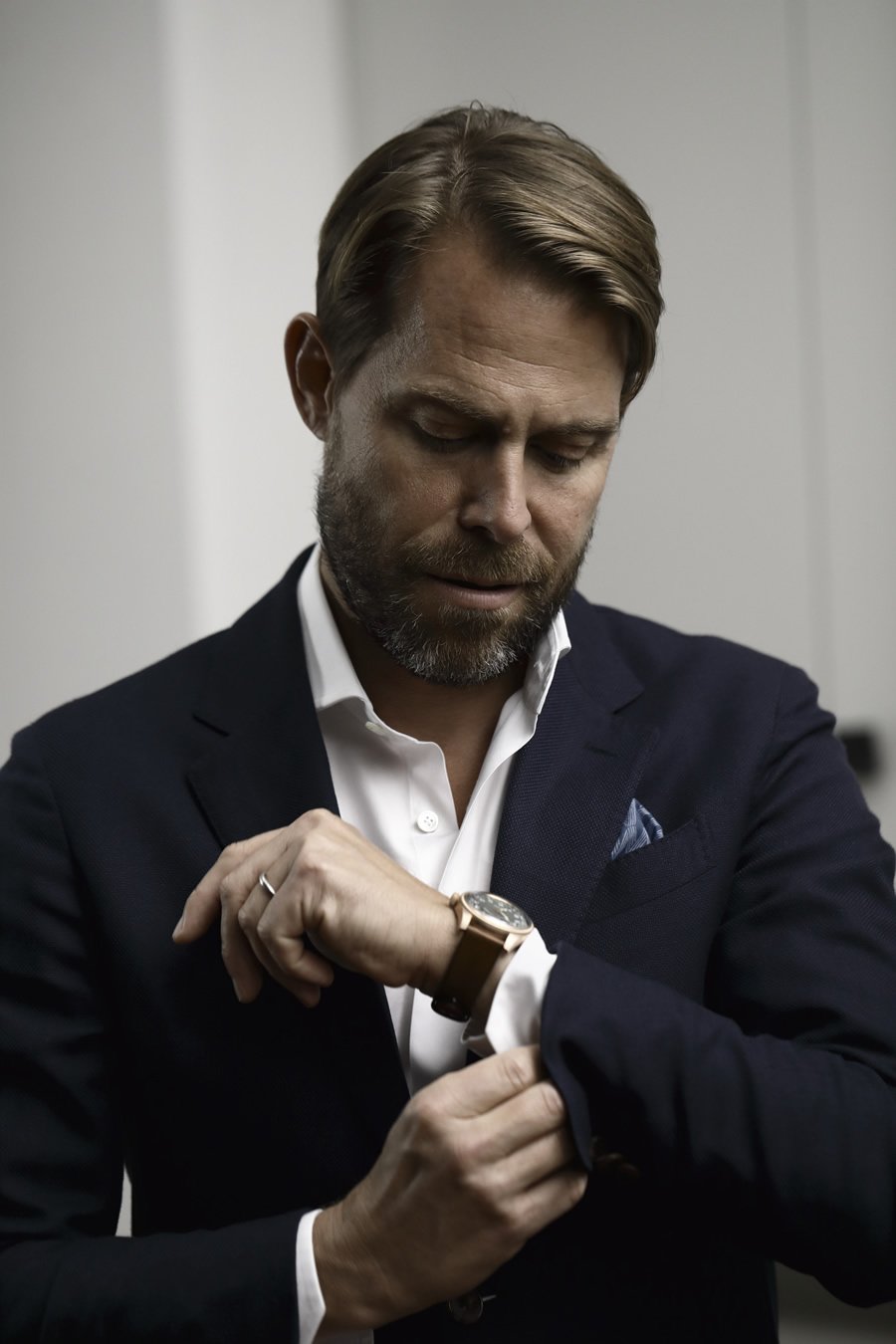 What does it say about Oris’s watchmaking philosophy?
Oris has always made watches that are superior to other watches in its segment. That’s hard to communicate, because we naturally assume that if something is more expensive it’s better. Oris has always been counter-cultural like that. The Big Crown Pointer Date is a quality Swiss mechanical timepiece with a beautiful, useful complication for sensible watch buyers. In that way, it sums up the Oris story.

What makes it stand out as a design?
Like so many Oris watches, it offers functional innovation. Its function is just one of the design elements that give it such a distinctive look. On top of that, there’s the fluted bezel, those beautiful numerals – especially the number 4 – and of course, the oversized crown. It also stands out because of what it takes away as well as what it adds – its shows the date without a date window. A lot of watch lovers don’t like date windows because they can upset the balance of a watch’s design. These things all contribute to its success.

What do you mean by functional innovation?
Every watch we design has to be functional, and everything we add to a watch has to serve a purpose. If something is superfluous, we remove it. We’re always trying to make our watches better, creating a perpetual cycle of functional innovation. That applies to every detail. For example, the tip of the Pointer Date hand was an arrow initially, then it became a half moon, and now it’s a blend of the two. The current design frames the date, making it as easy to read off at a glance as possible. Design evolution is a sign of a confident independent company that can listen to its customers and go its own way. 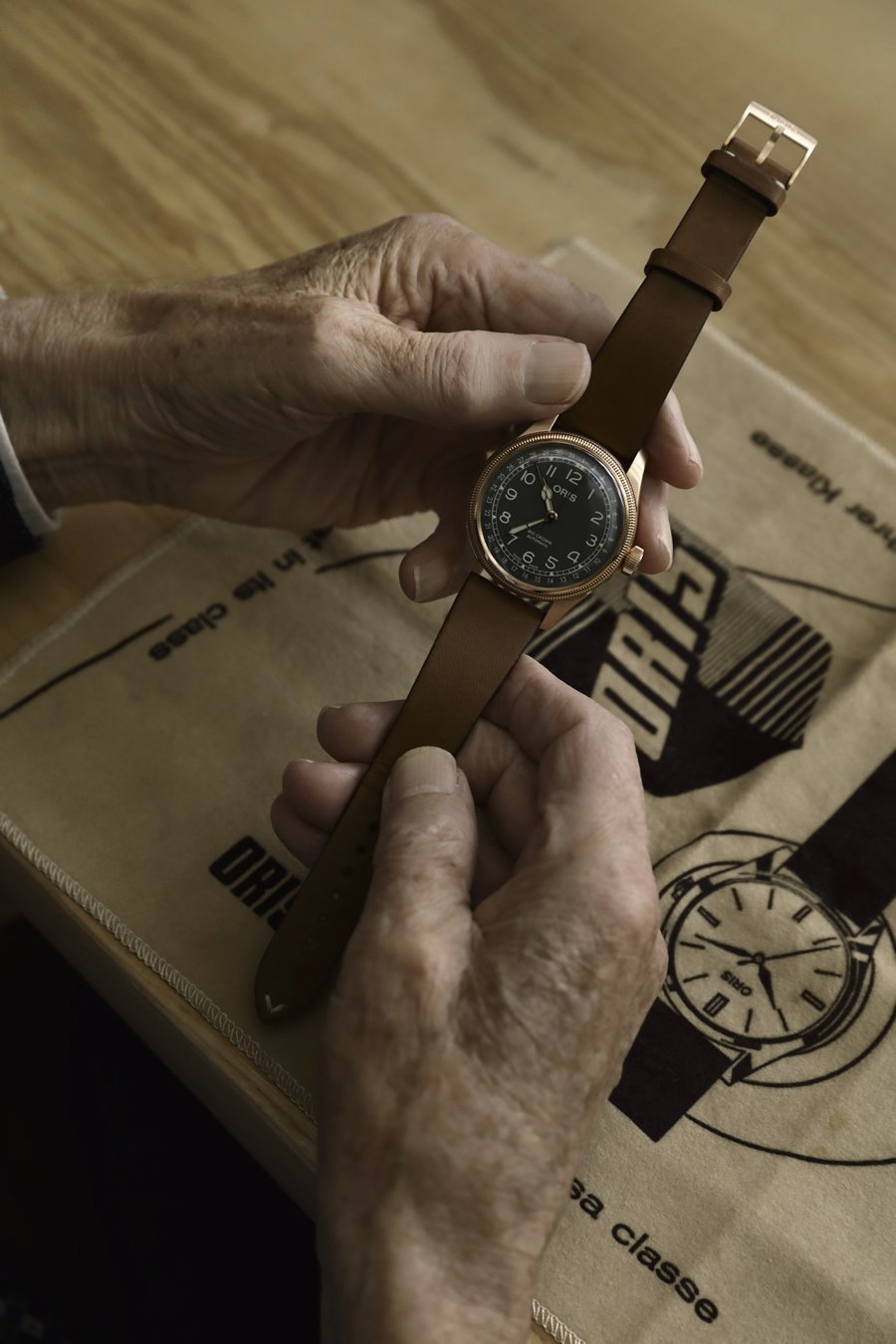 Why use bronze for the anniversary model?
Bronze is a beautiful material with charming natural properties. We’ve used it in a few of our watches over the last few years and it’s proved hugely popular with our customers. But more than that, it’s a utilitarian material that fits our approach to watchmaking and serves as a nod to our industrial heritage.

How do you explain the Big Crown Pointer Date’s longevity?
For a watch to remain relevant for 80 years, it has to stand for something. But it also has to respond to the times. Oris has often adapted the design to suit consumer tastes, but never lost its core. I also think it remains popular because people think today’s watches have become too expensive. The anniversary piece is a modern watch but also a symbol of a more reasonable time.

What next for the Big Crown Pointer Date?
The Big Crown will keep telling the Oris story. It will remain a signature piece. Interest in the Big Crown shows excitement about Oris, and it also shows interest in the mechanical watch industry, both of which point to a great future for Oris and for high-quality traditional watches.