A LONG FLIGHT BACK TO THE VERY ORIGINS. 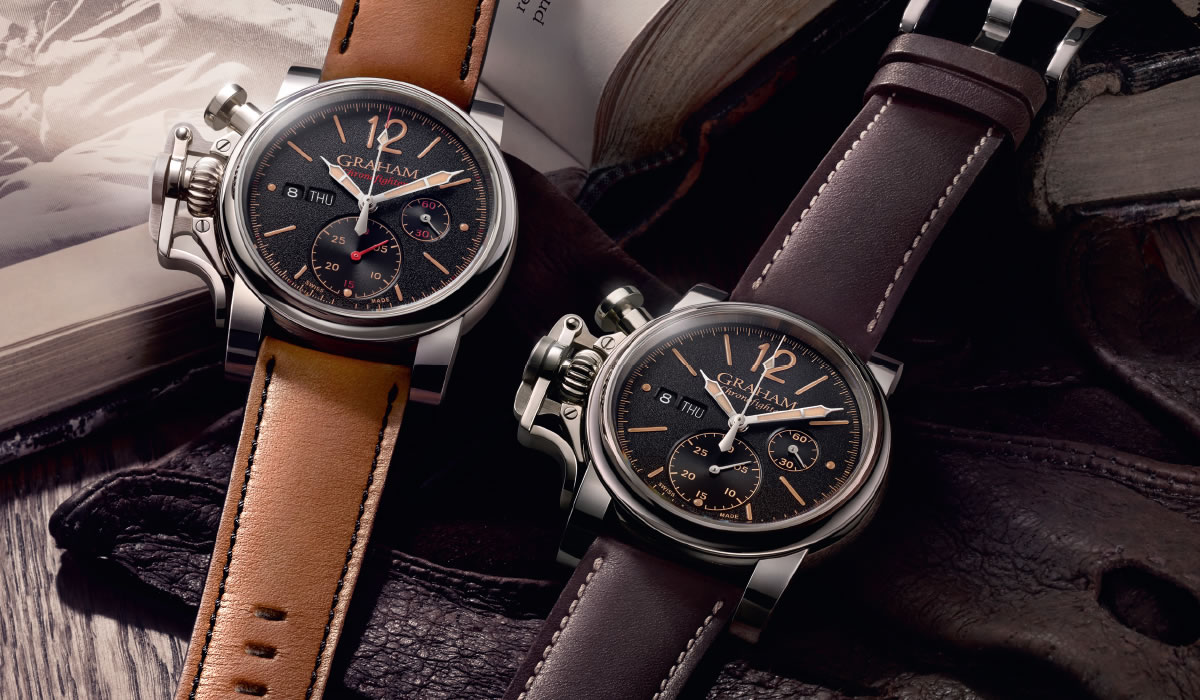 No, not all the way back to George Graham, the father of the chronograph, who inspires the brand, but back to another world none the less. A travel through time, in the world of the first and iconic Chronofighter. The Chronofighter timepieces pay homage to the watches worn by the aircrews of RAF Bomber Command.

In the beginning, stopwatches used by flying officers were in fact just large pocket watches strapped over bomber jackets. Nonetheless, they were vital pieces of equipment used to follow flight plans and to time air raids. Already these early watches had to be trusted by the aviators as a matter of life and death. They were praised for their reliability and precision. These watches had to work high up in a world made of adrenaline and excitement where the freezing temperatures of high altitudes reign supreme. They were operated by men clad in heavily lined leather jackets and big gloves, strapped into their seats, in the confinement of a flight deck in combat. The fail-safe trigger system has been developed to operate intuitively the chronograph functions. 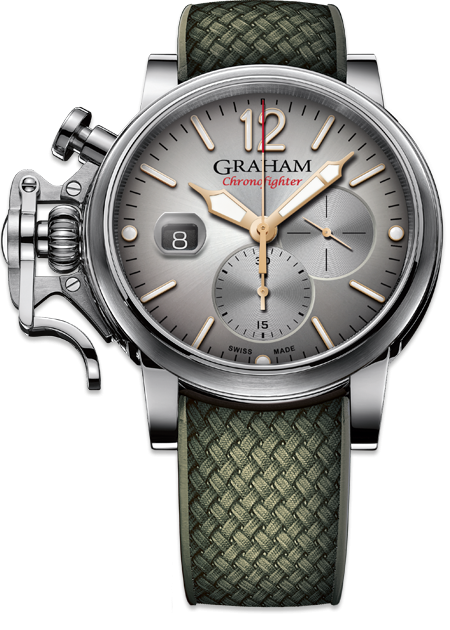 THE VANTAGE OF VINTAGE ..

Yesterday is here to stay with the new Graham Chronofighter watches

Turning the clock back 15 years is a rich revelation. Hip guys may have been chilling to Daft Punk’s “One More Time”, ogling the very first iPods, or sharing popcorn with Gandalf at the first “Lord of the Rings” movie. But those really in the know would have been securing one of the first Graham Chronofighter watches. The daring trigger that starts and stops the chronograph is instantly in full view. Graham guarantees the wow factor by keeping the vintage vibe alive to celebrate the fifteenth anniversary of its successful Chronofighter with four new additions to the iconic series. With their signature trigger on the left-hand side of the case, these Swiss made timepieces, integrating quirky British roots, are right on target to propel nostalgia confidently into the future. 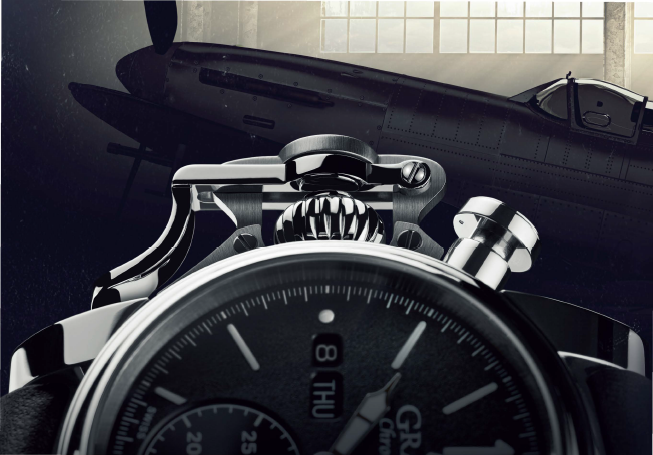