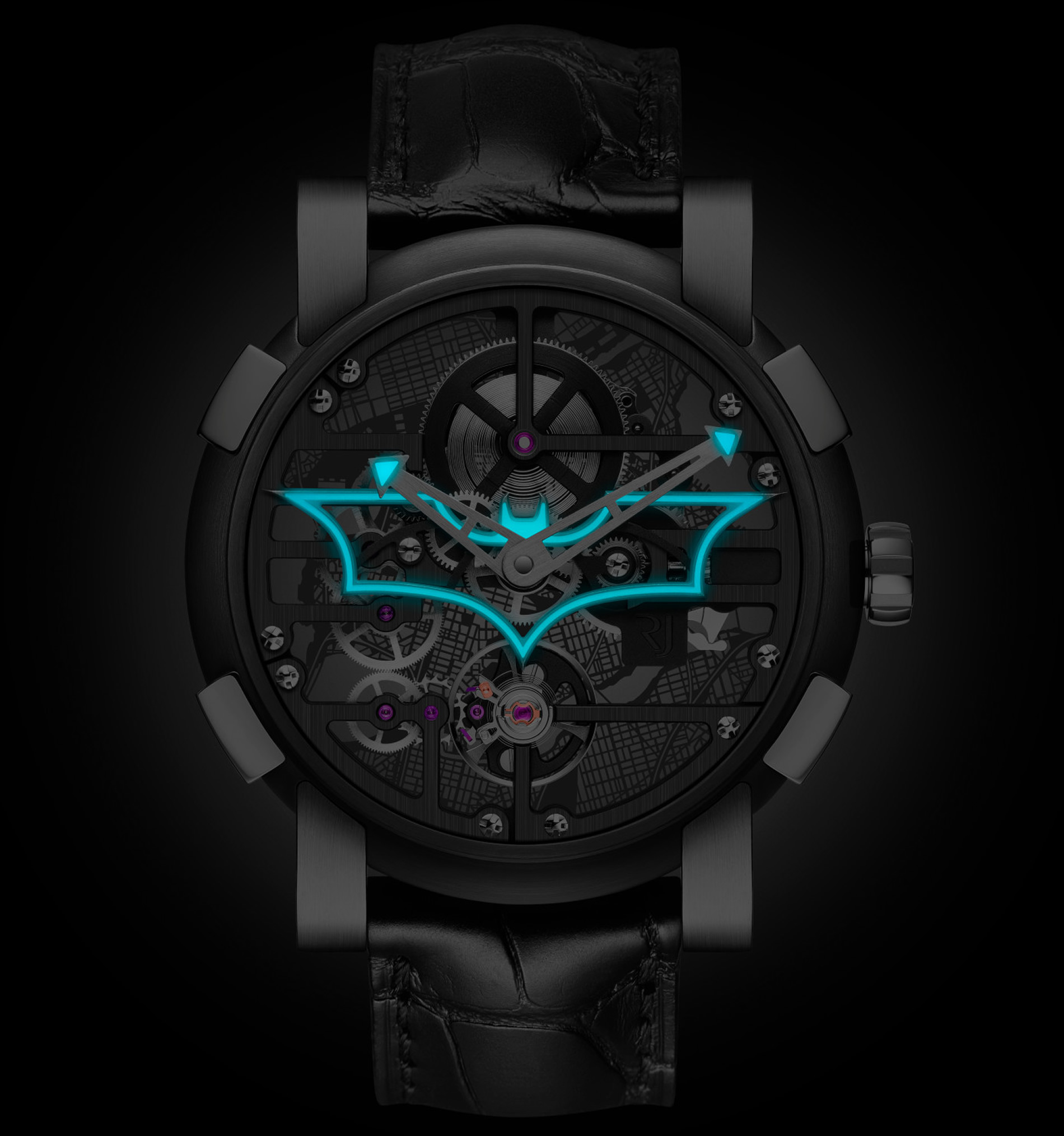 In collaboration with Warner Bros. Consumer Products, on behalf of DC Entertainment, RJ-Romain Jerome is bringing back the caped crusader but this time in a new setting. With a 75-piece limited edition, the new Skylab Batman timepiece introduces a new facet of “The Dark Knight”.Available in the brand’s distinguishable Skylab model, transparency dominates the timepiece. The 48 mm case features a Swiss Made manual winding movement designed by RJ and characterized by straight lines and chamfered angles. The sapphire crystal on the dial side reveals the three-layers skeleton movement as well as the vital organs of the watch, the barrel at 12h and the balance wheel at 6h. 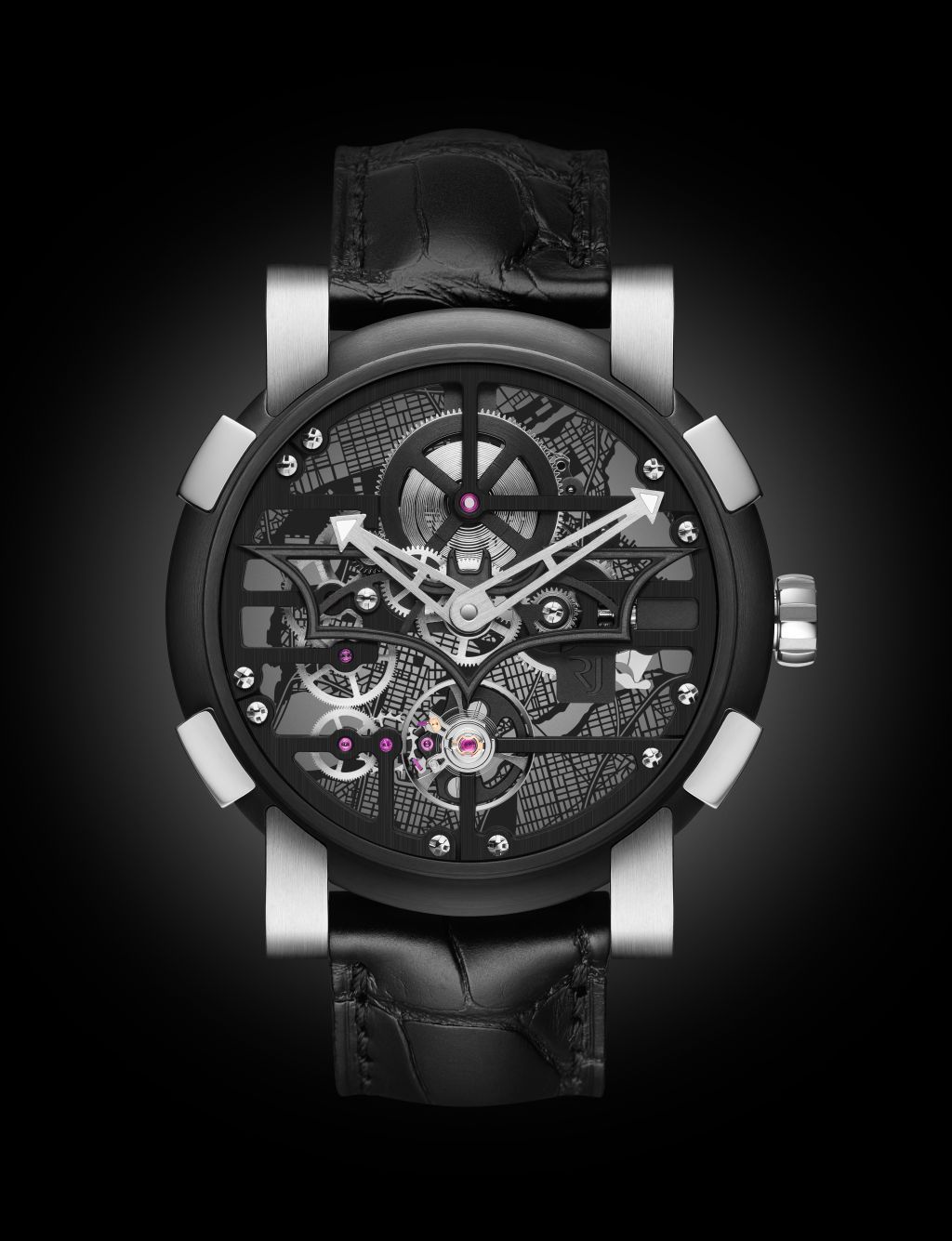 At the center of the dial, we can perceive a familiar shape blending in with the architectural mechanism, a skeletonized Batman logo. This functional applique, acting as the motion-work, recalls both the sheerness and sophistication of the skeleton movement. But the subtlety of the Skylab Batman timepiece does not lie within the stealth and central logo, indeed the map of Gotham City has been metallized onto the back sapphire crystal glass. 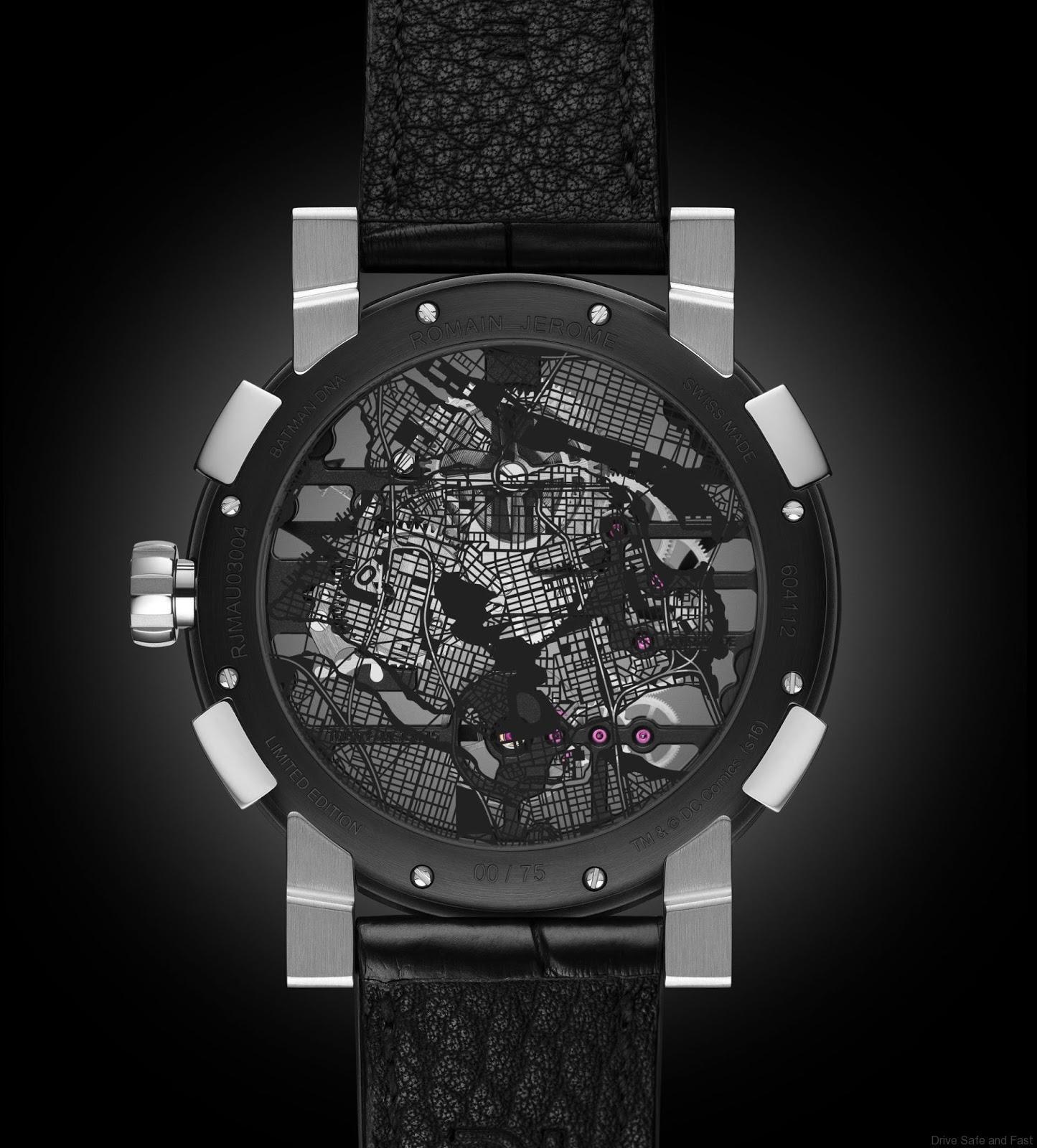 Looking into the dial, Batman seems to be overlooking Gotham City and when darkness comes, the bat signal shines blue to echo the previous Batman models as well as “The Dark Knight” trilogy aesthetics.

With this new edition, it was RJ’s will to offer a different perspective on Batman to showcase his more elegant side to date. 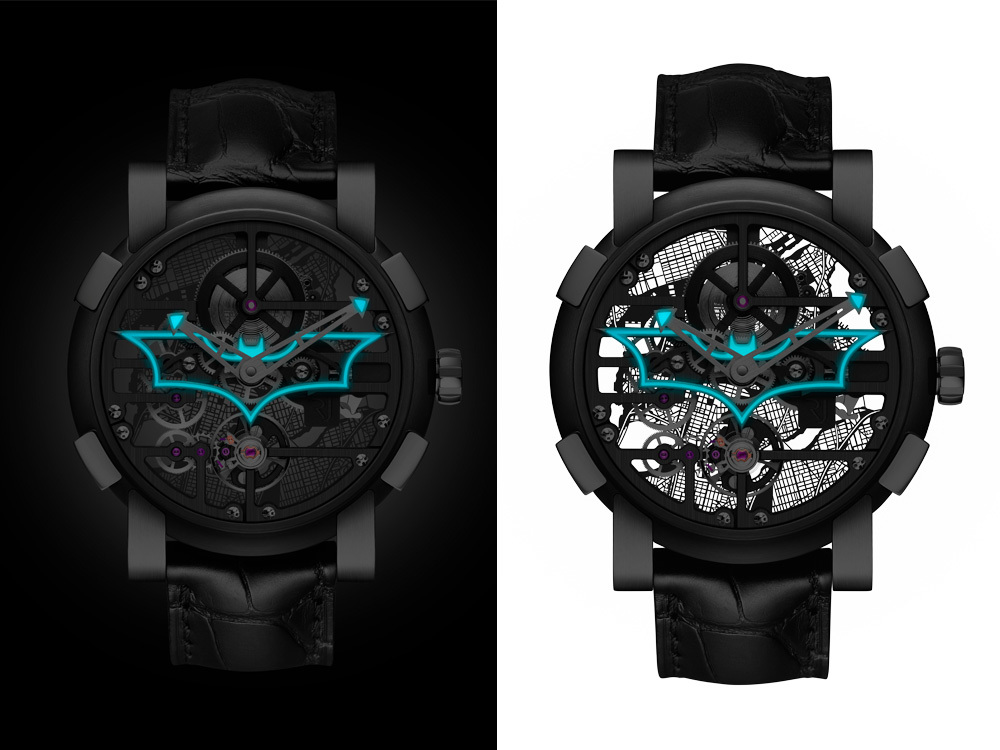 THE DARK KNIGHT and all related characters and elements © & . DC ™ Comics and Warner Bros.Entertainment Inc. (s17)