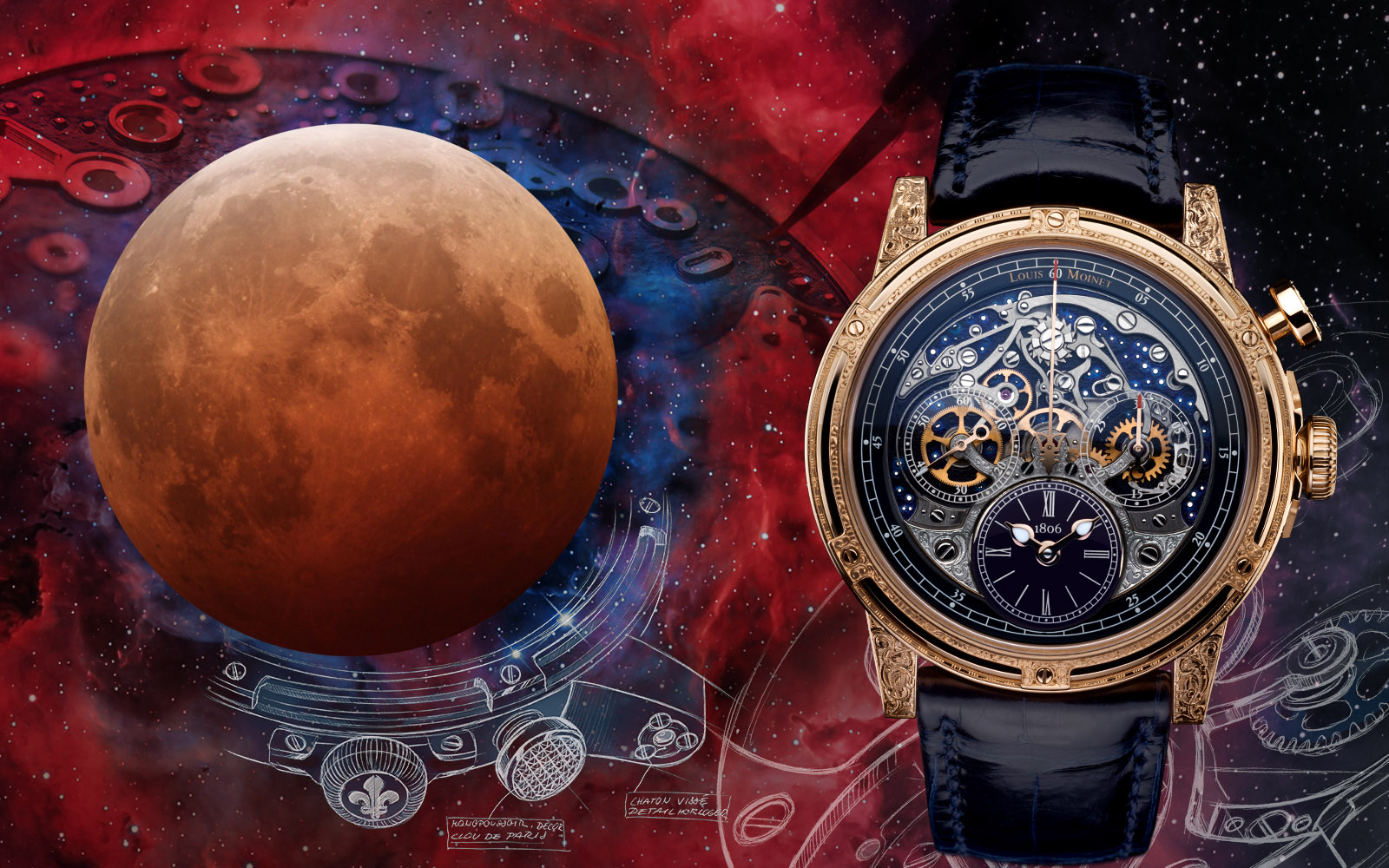 For almost two centuries Louis Moinet’s chronograph had lain forgotten in the private collection of a European prince. Eventually the chronograph was rediscovered and in 2012 it was sold to Jean-Marie Schaller, CEO of Ateliers Louis Moinet, at a Christie’s auction in Geneva, Switzerland.

The bevelling brings the mechanism to life, on a mysterious starry background. This is crafted using a traditional rose engine – a tool which, despite being all of two hundred years old, has just found a new application, thanks to Memoris. The unique process creates a spectacular effect that makes the stars twinkle in myriad ways, depending on the angle at which they are viewed.