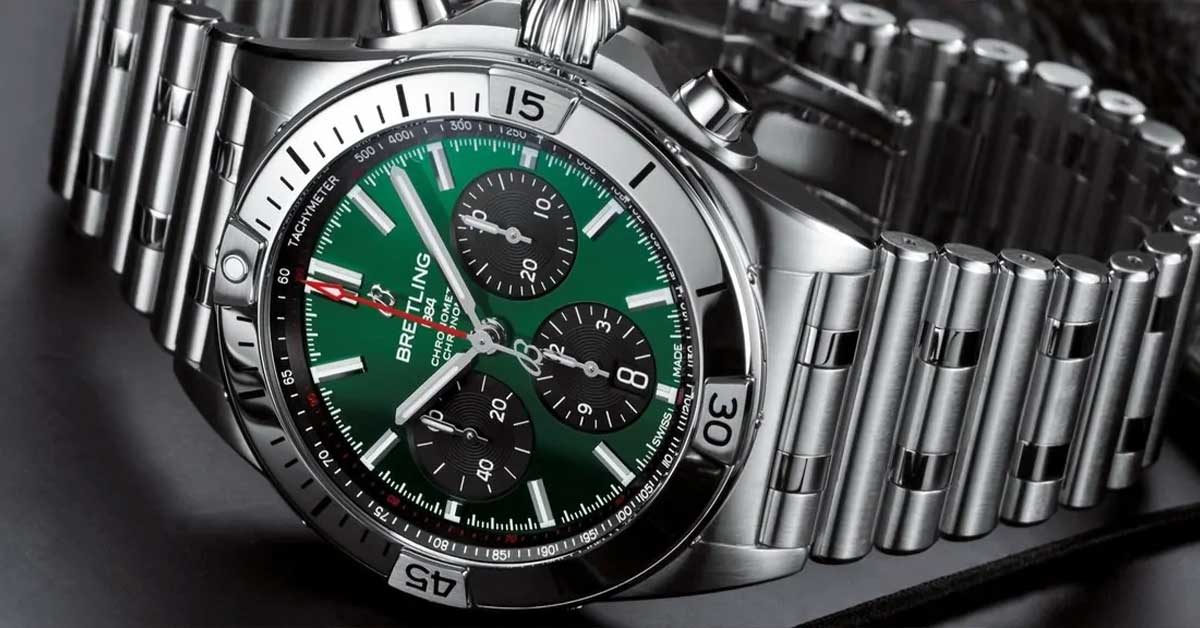 Both Panerai and Breitling watch brands have proven their worth in quality and reputation, establishing themselves as astute fashionable timepieces across the board, as seen in their various watch designs and patterns.

In terms of their unique watch building prowess and outstanding market value, both brands of timepieces leave little to be desired with excellent caliber and movements. Generally, Panerai and Breitling watchmaking brands are qualified as top-tier watch brands in marketplaces worldwide.

As a result of the remarkable features included in both watch brands’ products, Exquisite Timepieces will look at both brands to assert a definite difference in their functions, part lists, and more.

We will take a look at the beginnings of both brands to achieve a complete overview. You will discover the key differences necessary for making the right decisions when choosing between watch brands in the market.

We will also examine noticeable physical differences, price variants, and more in this brand comparison. If you love horology and have a thrill for exquisite watch pieces, then this article is a great find for you!

Panerai does not just stand as a Greenleaf  brand; it has steeped itself in the annals of time as a great watch master builder. After its early days of development, Panerai rapidly expanded their operations, starting with the Radiomir series’s release and collaboration with international giants like Ferrari.

With steady growth and increasing acceptance in the market, Panerai was acquired by the Vendome Group in 1997, after which the company’s headquarters shifted to Switzerland.

As a part of the Vendome group, Panerai has produced high taste watch pieces, which have garnered worldwide acclaim in recent years. In all, the Panerai brand is an unquestionably huge name in the list of the world’s best watchmakers.

Historically industrious, the Breitling Company has come a long way from its early days in 1884, when it was founded. Master watchmaker, Leon Breitling, headed the Breitling brand after he opened his first shop in St. Imier, Switzerland.

Creating chronometer watches is much more complicated than other watch calibers.  Breitling’s continued inclusion of the movement continues to be the critical reason why exquisiteness exudes from every Breitling watch today. Essentially, the chronometer movement is a symbol of the Breitling brand.

From making pocket watches alone, Breitling shifted into producing wristwatches with creative functions like a push-piece crown and reset functionalities. Breitling watches take pride of place in today’s world as one of the top mechanical grade watches.

A Review of GMT Watches:

Panerai’s Luminor 8-Days (#PAM00233) 44-millimeter watch features as an excellent piece of rich exclusivity, resulting from a mixture of timeless fashion with modern functionality. The Luminor timepiece is covered in a stainless steel casing, including an iconic Panerai crown shield.

As its name says, large Arabic numeral indicators are used in this beautiful timepiece. With a luminescent finishing, they are adaptable for low-light conditions.

Balanced appropriately in all forms is the Luminor’s functionality. Each feature is made to taste and not overboard. An over the 3 o’clock position date display is included in the watch, with the 24- hour indicator fixed on the opposite 9 o’clock side.

A luxury brand and more, Panerai outdid its equals in the features of the Luminor watch. A display of the GMT second time zone, a power reserve instrument, and a 24-hour indicator are just a few of the remarkable Luminor watch qualities.

Durability in view, the Luminor’s 8-days function makes it a dependable watch, with a scratch-resistant window made with pure sapphire crystal.

The Breitling Cockpit B50

Packed with exciting features, Breitling’s Cockpit B50 is indeed a great watch to behold. Its in-design dial is vibrant and coolly adapts both a modern and practical watch, all in one piece.

Appearance-wise, it harbors a bulky appearance in a bid to give the internal mechanisms enough room to breathe. Using a mixture of an analog display and modernity in a digital read-out, the Cockpit B50’s Dial features an impressive appearance.

Other significant aspects include a GMT display and flyback mechanism. The Breitling Cockpit B50’s finishing is fancifully done in a brushed black titanium casing.

You would be surprised to discover that despite all these features, this watch is very lightweight. That is due to titanium in its infrastructure, though titanium is less durable than stainless steel. All Breitling watches have a COSC movement certification, which means they can be quite precise down to the very second.

A Review of Dive Watches:

The Panerai Submersible Chrono wristwatch exposes raw excellence at a glance. Everything about this watch is tailored down to the smallest detail. The ultimate dive watch, the casing measures about 47 millimeters to take up exact space on your wrist, necessary for fluid movement.

Don’t even worry about its wide berth; despite its width, the Submersible Chrono watch is lightweight, made from the lightest titanium material. One iconic feature of this watch is its traditional Panerai Radiomir design, which is also adjoined with a p .9100 dial and sub-dial movement.

To operate the chronometer movement, you use two pushers featured on the casing’s left side, along with the crown. Optimum legibility is assured using black dials for both the hour markers and hand of this timepiece.

Because of this critical feature, you can ultimately rely on the Submersible Chrono watch to function excellently, even in rough environmental conditions. Also added to that is 300-meter water resistance.

However, this model has a lot of unique features, including a water resistance of 500 meters. Beyond just being a terrific dive watch, the Superocean II features a unidirectional bezel in a threaded format that ensures fast rotation even when used with a gloved hand while underwater.

The Breitling Superocean’s classic dial features black and luminous and bold white markers and hands. Being a traditionally themed watch piece doesn’t stop the Superocean II from having the best Breitling features. The watchmakers did put in their best, making this watch a great addition to your collection.

Which is Better, Panerai or Breitling?

As described above, both watchmakers are outstanding in their own right, creating a fantastic array of watch pieces that are popular worldwide. Panerai and Breitling have a rich historical background, starting from a humble background to becoming power brands in the watch industry.

However, Panerai remarkably stands out with its two versions of signature timepieces: the Radiomir and Luminor. Both watches have survived a long history, establishing them as the ultimate tested and trusted option between Breitling and Panerai.

Quite frequently, Panerai’s history is often interconnected with the Italian Navy, which adds to its laudable historical ambiance. Though Breitling has an impressive collection of both GMT and submersible watches, Panerai features more functions in similar watch pieces, coupled with sleek designs intricately adjusted to feature a traditional feel equally.

Using a broad selection of movement mechanisms instead of one also helps the Panerai brand paint itself as a diversely talented watchmaker. In summary, Panerai watches appeal more to the eyes with their multiple variations seen in their Radiomir and Luminor series, both of which have so much history backing them.

No doubt Breitling watches are built well, which can be seen in their dive watch collection. But overall, Panerai offers better features in their watches than Breitling, especially if you admire strong traditions linked with your taste for watches. 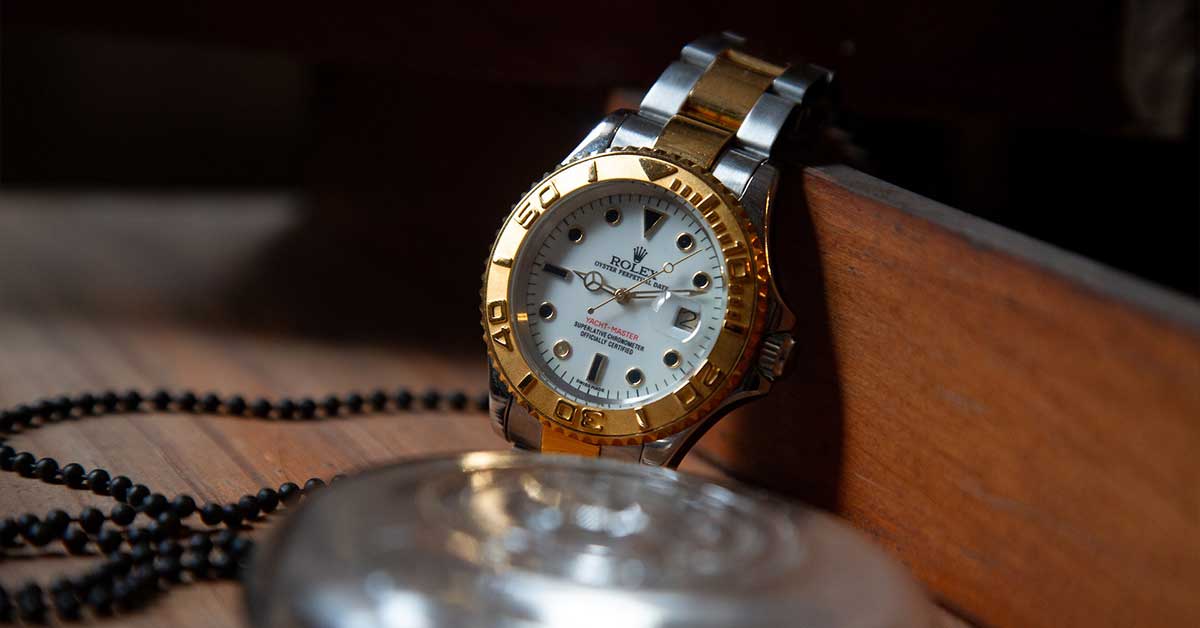