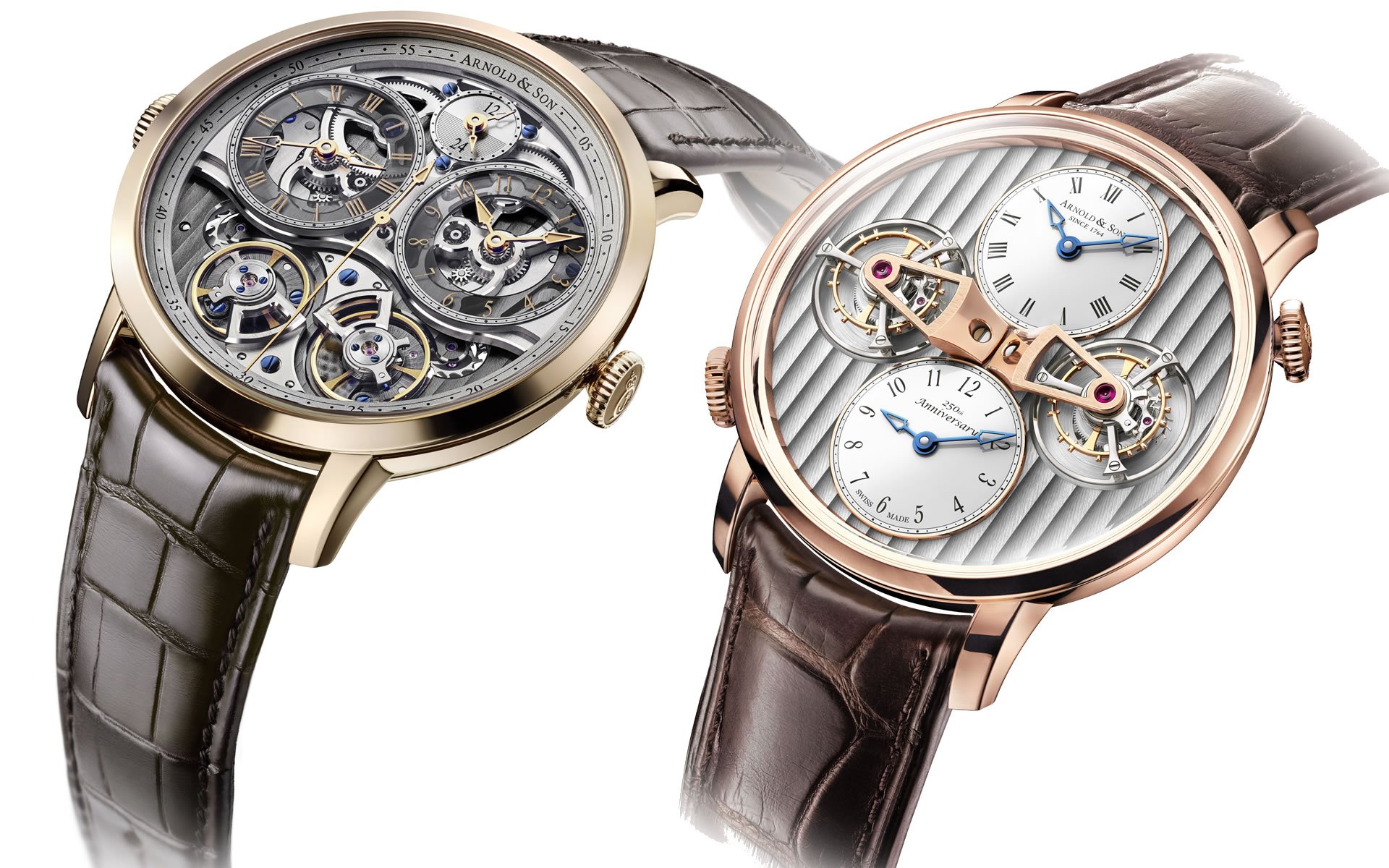 Knowing the time determines your location. This fact has been proven throughout the history of high-sea navigation thanks to its close ties to watchmaking. Dual time zones are central to Arnold & Son’s history, with the marine chronometers of yesterday and today’s two iconic models, the DTE and DBG Skeleton. 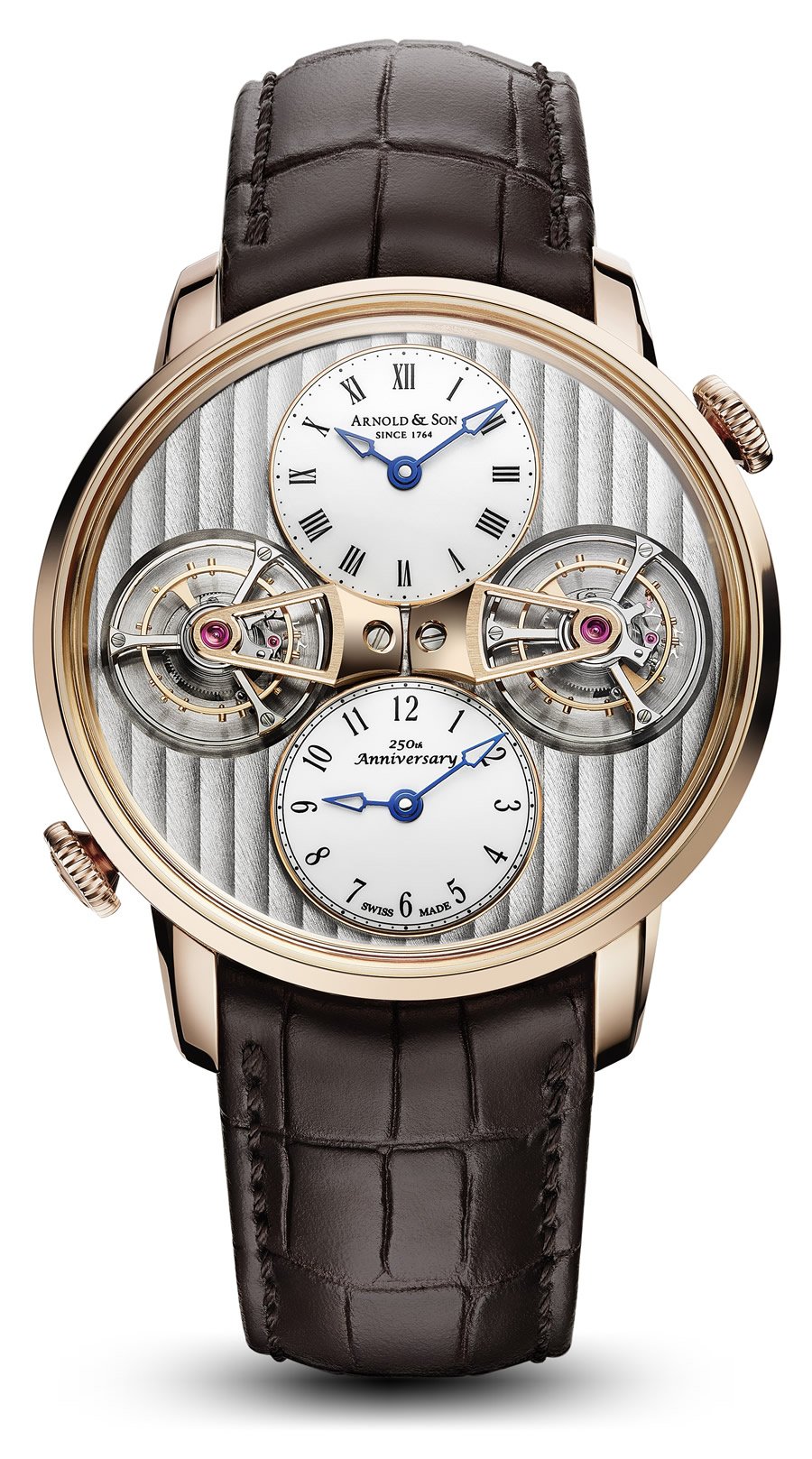 Before the advent of marine chronometers in the 18th century, a captain was able to determine the position of his ship on the north-south axis, i.e. its latitude. However, as the Earth turns on an east-west axis, the traditional points of reference (the sun and stars) could not be used to determine its longitude. The problem was solved with watchmaking. A highly accurate clock was taken on board and kept at the time at the starting point. As the ship advanced, the captain measured the time specific to its position by looking for noon. The difference between the local and original times allowed him to assess progress across the seas. The marine chronometer was born. 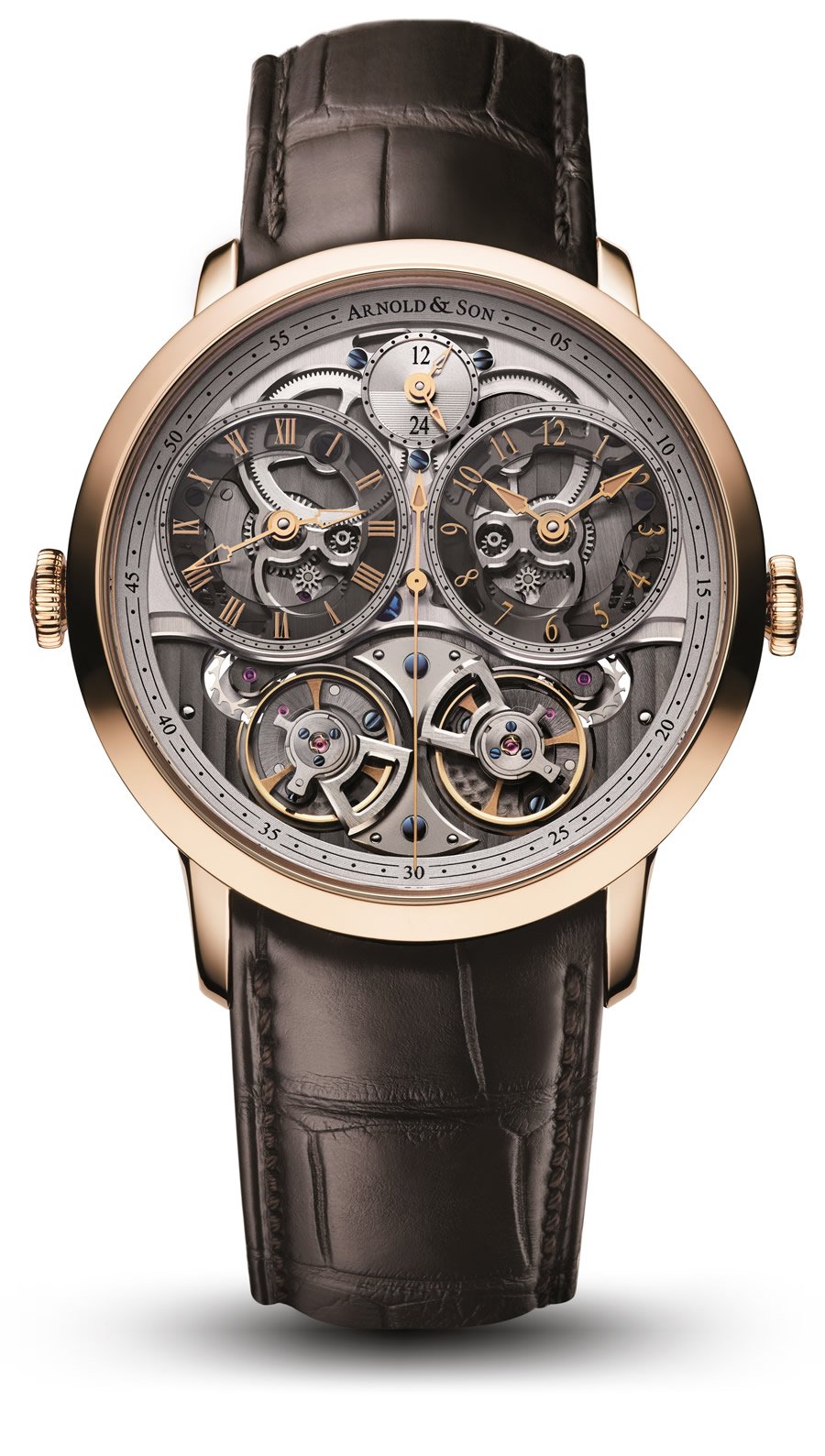 In the wake of these inventions, John Arnold (1736-1799) proved himself to be one of the most inventive watchmakers of his generation and of the golden age of timekeeping. Indeed, Arnold worked ceaselessly to perfect, miniaturise and enhance the reliability of his marine chronometers. By helping to popularise chronometer technology, his name became indissociable from the history of maritime navigation and the conquests made possible by the very concept of dual time. 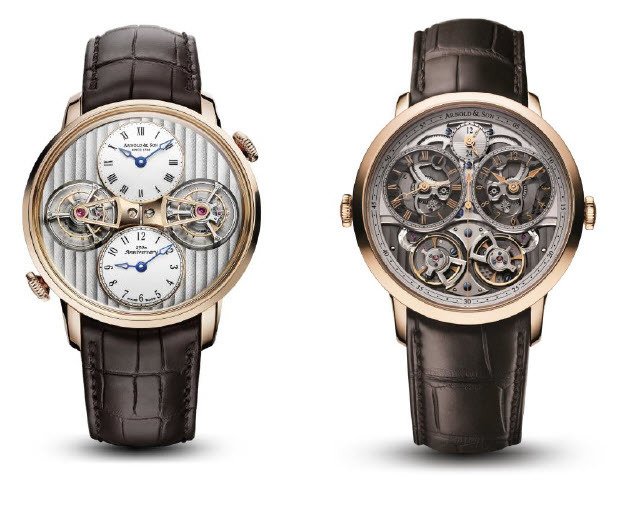 Duality
To pay homage to its founder, Arnold & Son has always treated dual time with a particular degree of sophistication and accuracy. Instead of the traditional GMT system where an hour hand in the centre indicates the secondary hour, Arnold & Son chose to give each of the two time zones a dedicated regulating organ to recall the duality of the measurement methods – one horological, the other astronomical – used aboard English frigates.