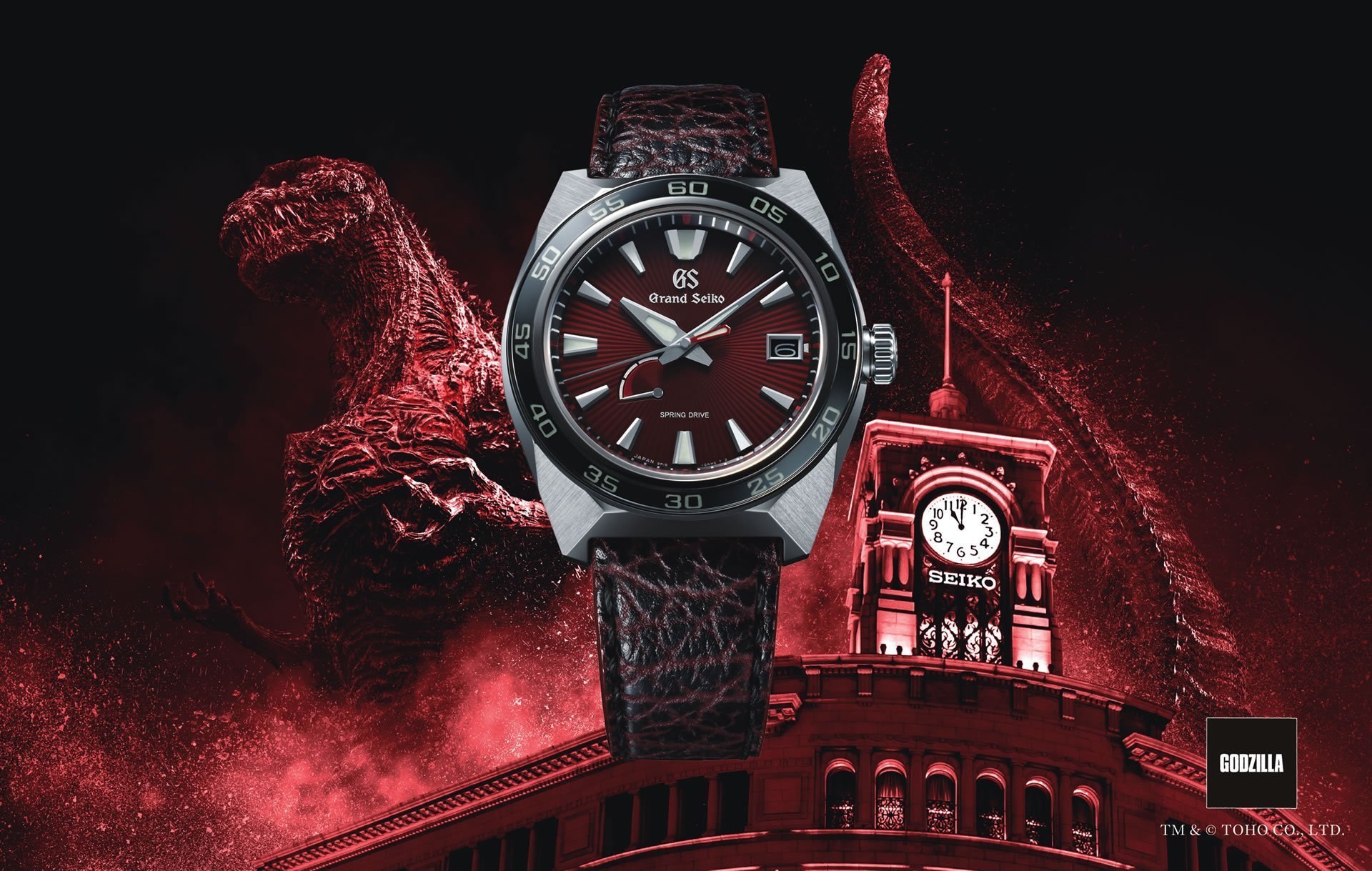 The 20th anniversary of Spring Drive is celebrated this year with a new design in Grand Seiko’s sport collection that showcases the watches’ capabilities to withstand the most demanding sport environment. The design brings a new edge to the collection with its sharp corners and bold case and today, a new creation celebrates the anniversaries of both Spring Drive and Japan’s iconic monster, Godzilla, in a striking commemorative edition. 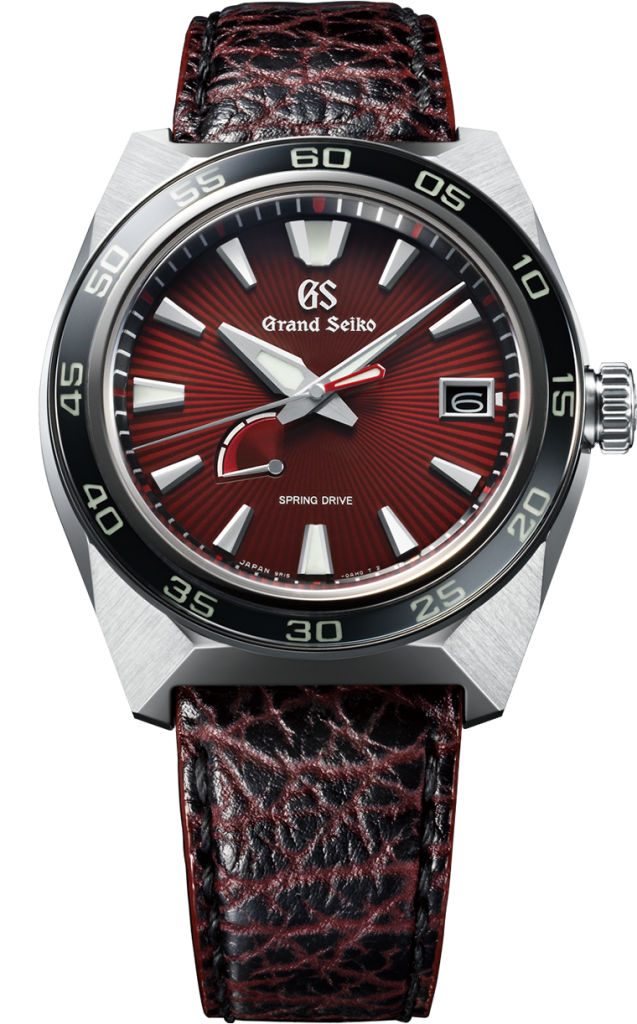 Grand Seiko and Godzilla share an unlikely but common history. Godzilla made its debut in Japan in 1954 and it was in this first Godzilla film that the creature appears in Ginza, the birthplace of Seiko, and destroys the famous clock tower which rises above the Wako store, a retail establishment of Seiko’s that first opened its doors in 1952.

The strength of the Grand Seiko watch is met with the power and force of the king of monsters and with it a brand new creation in the sport collection is born.

Godzilla first appeared in Toho’s “Godzilla” (1954), a classic monster movie widely regarded a masterpiece. The work launched a monster franchise that expanded over 64 years with more than 30 films. Toho’s line of original movies continues up to the controversial “Shin Godzilla” (2016); the following year, Toho launched its first animated production currently streaming on Netflix. The character has been adapted via numerous international motion pictures, including TriStar Pictures’ “Godzilla” (1998) directed by Roland Emmerich (“Independence Day”) and Warner Bros. Pictures’ and Legendary Entertainment’s “Godzilla” (2014), directed by Gareth Edwards (“Rogue One”), re-introducing the character to a new generation and a global audience. Godzilla continues to stomp through popular culture with “Godzilla: King of the Monsters,” directed by Michael Dougherty (“Krampus“), released in May 2019, and “Godzilla vs. Kong” in 2020.
To learn more about Godzilla, visit: www.godzilla.com

The creature makes its fierce presence on the watch in a number of ways. Godzilla’s signature roar and the “heat ray beam” that it shoots from his mouth to strike his opponents is expressed in the rays of the red dial.

The design of the hands as well as the Lumibrite on the hands, hour markers and bezel, and the high definition dual-curved sapphire crystal with anti-reflective coating all allow for enhanced legibility making it the perfect watch for any sports situation.

The lug of the case has a flat surface without distortion by Zaratsu polishing and hairline finish. It is a case design that gives a impression the power and force of the king of monsters, Godzilla.

Thanks to the curve of the lugs and the low center of gravity of the case the watch sits comfortably on any wrist.

Shark straps adopted to express the texture of Godzilla’s skin have red coating, giving the glow of Godzilla.

The see-through case back is stamped with the scene where Godzilla destroys the iconic clock tower that had long been the symbol of the area and still stands today at the main intersection of the Ginza district.

The watch will be available as a limited edition of just 650 in November, 2019 at selected Grand Seiko and Seiko boutiques and selected retail partners across the world.

* In an actual product, the case back direction might be different from the photograph.

Just as the lion is the king of beasts, Godzilla, the king of monsters, would be appropriate for the case back of this Grand Seiko watch. I wanted to create a completely new Godzilla and gave my best to design this in the image of what can be called ‘Grand Godzilla’.