THE WORLD OF KENDALL 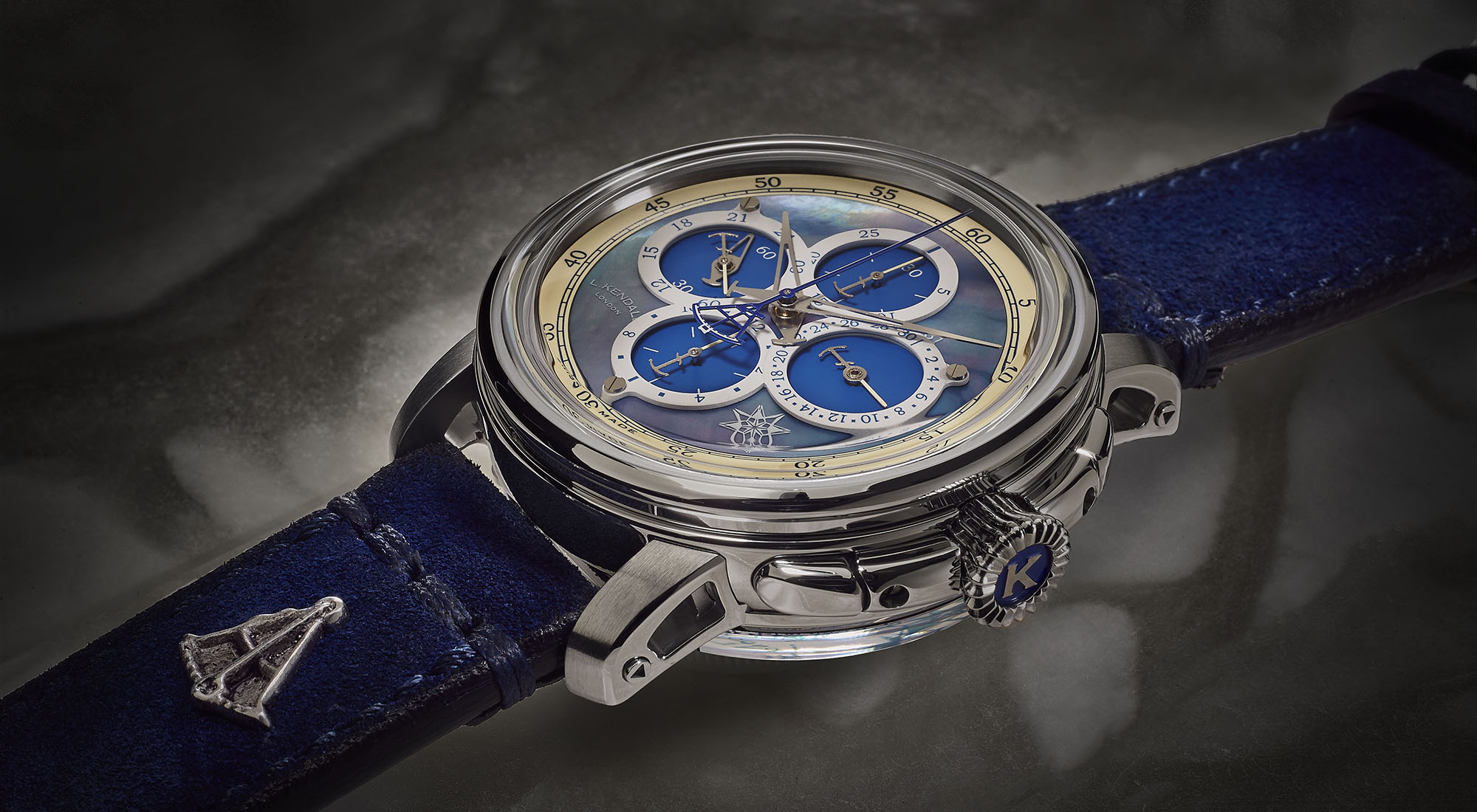 L. Kendall watch brand has deep historic roots in its name. Born in 1719, Lacum Kendall spent the earlier part of his career apprenticed in London to the fine watchmaker John Jeffreys before setting up his own business in 1742 at No. 6 Furnival’s Inn Court, in London. L. KENDALL K1 AND CAPTAIN COOK

Born in 1719, Kendall spent the earlier part of his career apprenticed in London to the fine watchmaker John Jeffreys before setting up his own business in 1742 at No. 6 Furnival’s Inn Court, in London. In 1765 Larcum Kendall was appointed to the Board of Longitude as a watchmaking expert and in that same year he was then commissioned to make a marine chronometer, later known as the K1. It was completed in 1769 and was put to test by Captain James Cook during his famous second voyage on HMS Resolution.

Captain Cook is one of the most famous naval explorers in history and is best remembered for three famous voyages of discovery.

First voyage: in 1766 he was engaged by the Royal Society to sail to the Pacific Ocean. The expedition left England in 1768 and returned in 1771. During this voyage the lunar distance method and the newly published Nautical Almanac had been used to find the longitudes at sea. Second voyage: Captain Cook was asked to circumnavigate the globe as far south as possible. 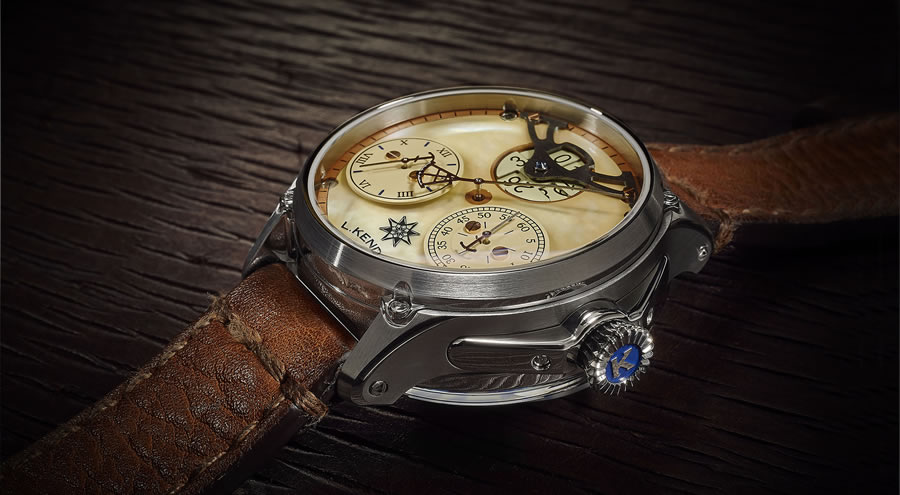 Upon his return from this voyage he Cook wrote to the Secretary of the Admiralty (and wrote in his ship’s logbook), that “Mr Kendall’s watch has exceeded the expectations of its most zealous advocates”. He pointed out that, thanks to the accuracy of the K1 he had been able to make accurate charts of the South Sea Islands for the first time. Captain Cook called the K1 “my trusted friend” and had such faith in the accuracy and reliability of the device that he took it with him on his third and final voyage.

The K1 is now displayed at the National Maritime Museum at Greenwich, London.

WATCH MAKING IN THE 17TH & 18TH IN ENGLAND, AND LONGITUDE

During the 17th and 18th century, England was generally acclaimed as the greatest source of innovation in time pieces. The horologists of London were renowned for designing and producing high quality luxury watches and were pioneers in the development of highly accurate timepieces for maritime navigation, so called Chronometers, a crucial requirement for the survival of ships at sea. The watchmakers of London were organized as a Guild by Royal Charter of King Charles 1st in 1631 and known as the Worshipful Company of Clockmakers. Their remit (among others) was to oversee and ensure the quality of clock production throughout the 17th and 18th centuries – similar to the much later Federation of Swiss Watch Industry created in 1876. 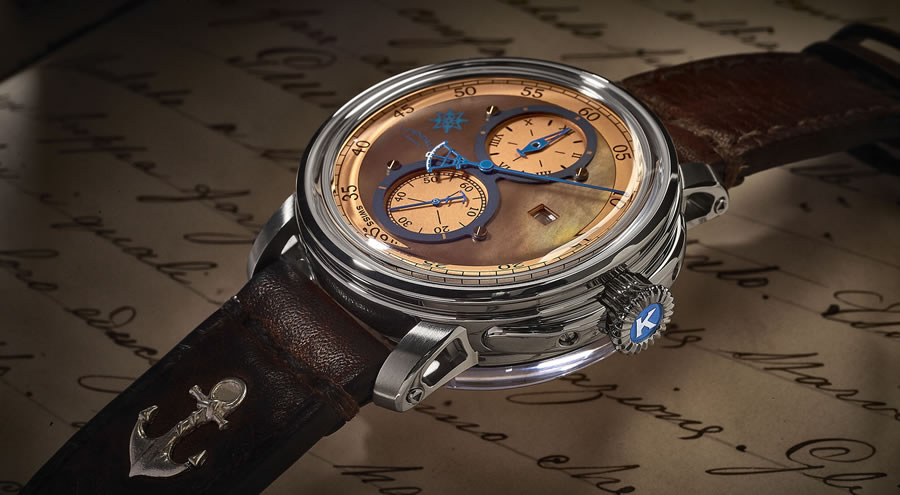 THE DESIGN OF WATCHES IN THE 16TH AND 17TH CENTURY: A MATTER OF MALE FASHION

During the first half of the 17th century, clock watch design improved significantly, producing smaller models until, in 1666 a new trend was started by King Charles II of England, who introduced the waistcoat into formal wear and wore his watch in its pocket, thus the arrival of the “pocket watch.”

Pocket watches were expensive, elaborately decorated, hand-made works of art, owned and worn exclusively by the upper classes as status symbols. But the need for more accurate and reliable timepieces was becoming desperate among the major European maritime nations. England, France, Holland and Spain needed to find a way to determine the position of their ships at sea and accurate timepieces were the only way to correctly measure longitude. Among the great pioneers working to improve the accuracy and design of marine chronometers at the time was an Englishman named Larcum Kendall, born in 1719 at Charlbury (Oxfordshire).

Maritime History was littered with hundreds if not thousands of shipwrecks and naval disasters caused by navigators being unable to correctly identify their location. Finding a solution to the problem of longitude was a strategic and humanitarian necessity and triggered an international effort by scientists and navigators in Europe to find a way to accurately measure it. One can only determine one’s position on earth if one knows one’s Lattitude , i.e. how far one is north or south of the equator, and one’s Longitude, i.e. how far one has come round the earth (eastward or westward) from a specific reference point known as the prime meridian. 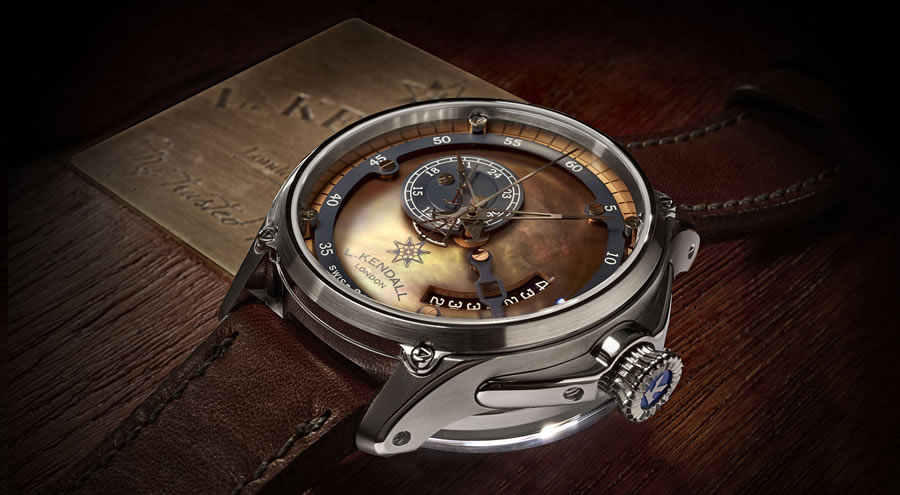 Meridians are imaginary lines that circumvent the earth passing through the poles and any given point on the earth’s surface can be identified by crossing its Meridian with its Latitude. The Prime Meridian is in Greenwich, South East London, and passes through the Royal Observatory of Greenwich.

King Charles II approved and encouraged the foundation of an academy of sciences called “The Royal Society of London for Improving Natural Knowledge” in his Royal Charter of 1663. One of its stated aims was “finding the Longitude.” 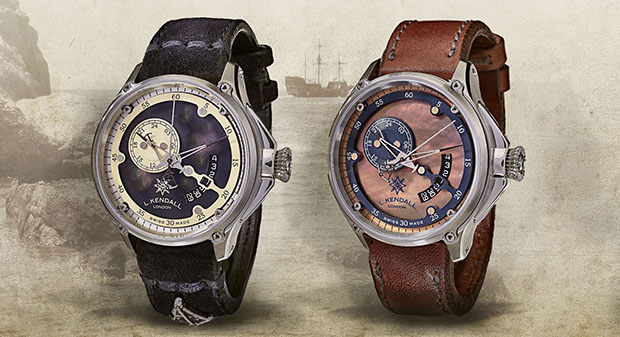 Many attempts were made by horologists and astronomers to solve the longitude problem, starting with Christiaan Huygens (amongst others), but more notably John Harrison, who designed a chronometer which allowed a viable assessment of the longitude of a ship at sea. Larcum Kendall followed in their footsteps and made the K1 which was famously tested by Captain James Cook on his ship the HMS Resolution during his second voyage of discovery.